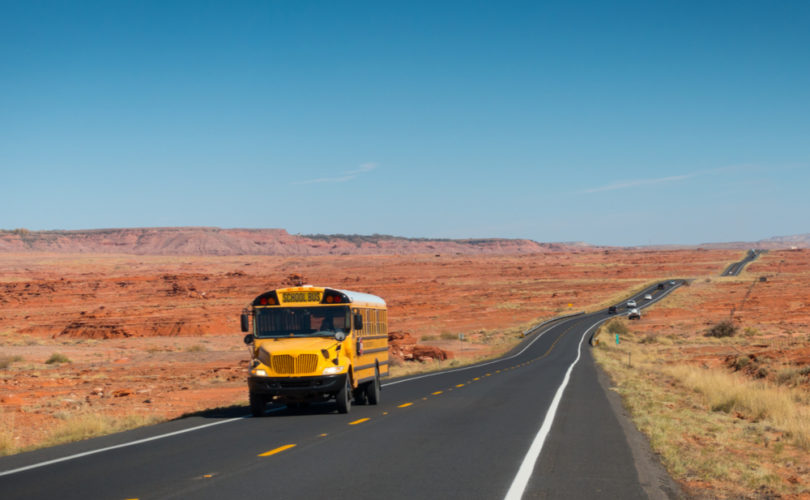 July 27, 2021 (LifeSiteNews) — An Arizona school district is backtracking after raising the ire of parents with controversial language in a parental consent form authorizing student health screenings. The district says the wording was “a complete mistake.”

In a notification requesting parental sign-off for student emotional health and wellness screenings, the Scottsdale Unified School District (SUSD) appeared to suggest it would ask children to reveal private family information including “quality of home and interpersonal relationships, student biometric information,” and the family’s “gun/ammunition ownership.”

The private nature of the information apparently susceptible to collection in the original permissions document had sparked immediate backlash from parents and others concerned about potential overreach from the school district. The district lated modified the document.

SUSD mom Amanda Wray wrote, “Scottsdale USD wants to evaluate my family’s income, medical and mental health history, my child’s ‘biometric’ info, as well as our gun and ammo ownership. No thanks!”

Scottsdale USD wants to evaluate my family’s income, medical and mental health history, my child’s “biometric” info, as well as our gun and ammo ownership. No thanks! pic.twitter.com/v6GrYRygqQ

According to Wray, the wording of the notification indicated that personal questions regarding a family’s income or firearms ownership would be part of the wellness screening.

“It basically said, here’s a consent form, and part of this screening is that we will collect information from your student in regards to your family’s income, your medical health, your mental health history, your gun and ammunition ownership and any illegal or relationship problems in the family,” Wray said.

Similarly Jason Bedrick, director of policy at EdChoice, a nonprofit group which advocates for school choice, said, “This parental consent form from Scottsdale Unified School District is like something from a dystopian novel.”

This parental consent form from Scottsdale Unified School District is like something from a dystopian novel. pic.twitter.com/ghCYSTXO2v

In a phone interview July 26, SUSD Acting Public Information & Marketing Officer Nancy Norman told LifeSiteNews the inclusion of the controversial wording “was a complete mistake on our part.”

The health screening notification, sent out to parents last week, stated that “[t]he electronic signature attached to this Annual Verification packet authorizes SUSD to complete an emotional health and wellness screening of my child.”

A parent’s signature, the notice stated, would also grant the district permission to collect a long list of very specific private information.

The language in the permissions document was derived from state law which requires school districts to obtain parental approval before administering student surveys.

The legislation in question is 15-117 and its companion, HB 2088, passed in 2016. It forbids public schools “from administering specified assessments or surveys to students without notifying and obtaining written informed consent from parents.”

The law requires schools to “provide written notice and obtain written informed consent from parents” in order to gather “[d]ata collected through predictive modeling to be used to detect behaviors, beliefs or value systems or to forecast student outcomes.”

The measure requires parental sign-off to collect all the personal information listed in the original parental permissions form sent out by SUSD, as well as “Legally recognized privileged or analogous relationships,” “Political affiliations, opinions or beliefs,” “Religious practices, affiliations or beliefs,” “Self-sufficiency,” “Sexual behavior or attitudes,” and “Voting history.”

The screening tool administered by the school, designed by Minnesota-based company FastBridge, does not appear to ask such questions. Instead, the screener consists of 19 questions, including whether the child argues, gets distracted in class, or experiences fearfulness or sadness.

Norman said that the screening is opt-in, adding that “opt-in also implies that you can opt out,” and there are “no retributions” for parents who choose not to sign the form.

While the sensitive data described in the original wording of the document does not appear to be asked for in the screening tool, under Arizona state law school districts may collect such information with parental approval.

Norman told LifeSite she does not know under what criteria a school district might ask such questions.

“I don’t see any context in which a school district would do that,” she said. “That’s all extremely — they were asking [about] income, information about weapons in homes, or something like that. Those are the types of things, in state law, that they made examples of. The kinds of things that districts would have to seek parent permission before their students could be surveyed. We would never ask those kinds of questions. Never, never.”

As reported by AZFamily, Dr. Scott Menzel, SUSD superintendent, said the information listed in the notification “would catch my attention as well, and that’s what led to our additional review to say okay, why was that here?”

Menzel said the district conducted a review of the material and decided to modify it, removing the language which caused confusion and outrage among some parents.

According to Menzel, the comprehensive list of personal information which may be solicited by the school with the permission of parents was taken from a “template” that was not intended to be used in connection with that particular health screening.

“As we were looking at how we put these things together, there was template language someone had taken based on survey administration,” Menzel said, adding that the language was an attempt to ensure the district was “compliant with all the statutory requirements.”

According to a statement from SUSD obtained by LifeSiteNews, “SUSD’s initial parent acknowledgment form incorrectly stated that the FastBridge screener might ask for personal information about income, family matters, medical or family medical history, mental health history and other categories of private information.”

“To be clear,” the statement continued, “the FastBridge screener does not and has never sought this information. The form has since been amended to reflect the information that is actually collected. We apologize for this oversight and offer our assurances that SUSD does not support, endorse or collect any family personal history information through FastBridge.”

Dr. Menzel said “mistakes happen,” and added that his district wants to be “transparent” and “attend to the needs of our students.”

Wray expressed her view that parents ought to be made aware of any such concerning language in school documents, telling AZFamily “I think our mission is to make sure parents are aware that they have to be on top of what they’re being asked to sign and what’s happening in the classrooms.”

Norman said the permissions request sent to parents by SUSD was “well-meaning, well-intended, and poorly executed.”

“Because there was that initial misunderstanding, people were concerned about that, rightfully so,” Norman said. “So, we’ve apologized, we’ve told them what we’re really looking into, which is: Kids have been hurting a lot … since March 2020.”