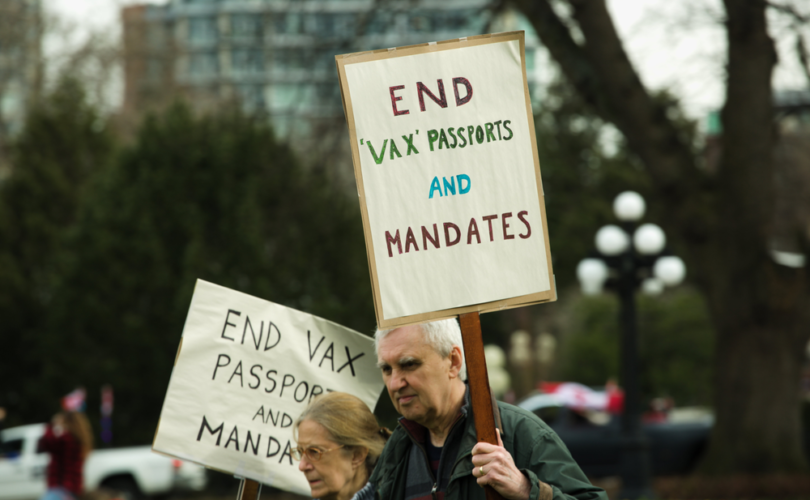 A sign reading "End Vax Passports, end mandates" is displayed at a rally in front of the British Columbia legislature in support of the Ottawa Truckers convoy.Shutterstock

VICTORIA, British Columbia (LifeSiteNews) – The province of British Columbia announced that its mask mandate is ending immediately and that vaccine passports will be gone in less than a month.

The move comes despite recent statements that the Province of British Columbia would be living under draconian COVID measures until at least the summer.

The immediate termination of mandatory masking was announced yesterday and pushes B.C. ahead of Ontario, which still has making in place until March 21.

In addition to scrapping masks, B.C. intends to drop the vaccine segregation measures in place that bar unvaccinated Canadians from full participation in public life by April 8.

According to the province’s website, visitor limits in long-term care settings will also end by March 18, and churches can resume with unlimited and unrestricted worship.

B.C. joins the growing number of Canadian provinces that have strongly changed their tune on COVID policies since the Freedom Convoy garnered overwhelming grass-roots support.