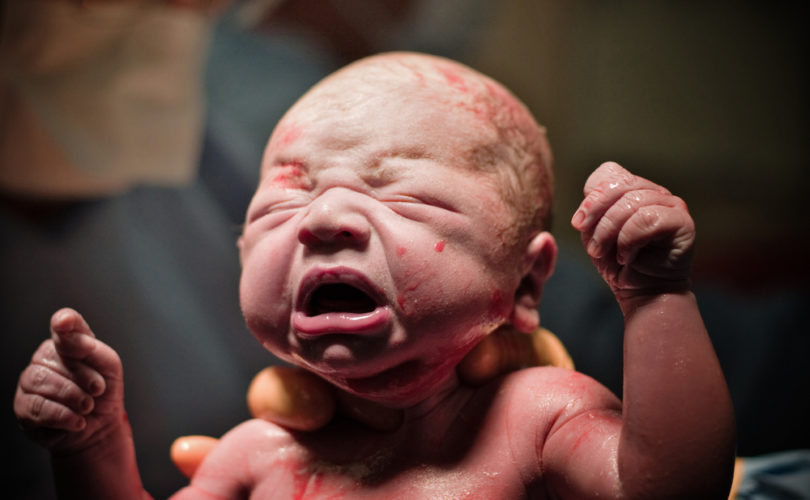 The Committee of Ministers of the Council of Europe said nations had no "consensus" on what should happen to babies born alive during botched abortions.Shutterstock.com

The Committee of Ministers of the Council of Europe is unwilling to take up the issue of babies who are born alive and left to die or killed after an unsuccessful late-term abortion.

Reports from medical workers suggest that many of children born alive during botched abortions are “evacuated” along with hospital waste or left to die in another hospital room or in a storeroom, despite signs of life. Others receive lethal injections or are smothered.

Documents furnished to LifeSiteNews show that a written question from a Spanish member of the Parliamentary Assembly of the Council of Europe submitted to the Committee at the beginning of this year will receive no answer, because the ministers could not reach consensus about what should happen in such an instance.

The question is known to have given rise to intense debate and uneasiness in the Committee as a minority of countries, including Sweden and France, refused to approve demands contained within the written questions that steps should be taken to guarantee these newborns’ human rights.

The question about these forms of infanticide was submitted on January 31 by Angel Pintado, of the European People’s Party. It read as follows:

In a number of European countries allowing late term abortion, it happens that human fetuses are born alive, surviving their abortion. News and articles featuring interviews with health care workers reveal that it is not uncommon to find an aborted fetus surviving with a beating heart, struggling to breathe. In the United Kingdom, for instance, it is reported that 66 babies in a year were left to die after their abortions went wrong. In Sweden, one such child lived autonomously for 90 minutes after the abortion, and received no care until he died. In Norway, evidence shows that some of those newborns could have been viable if they had received the appropriate medical care.

What specific steps will the Committee of Ministers take in order to guarantee that fetuses who survive abortions are not deprived of the medical treatment that they are entitled to – as human persons born alive – according to the European Convention on Human Rights?

Apparently, the answer is: “None.” Ministers have shown an unwillingness to confront the fact that newborn babies are being left to agonize without care, or are even illegally euthanized, which would raise the question of late-term abortion beyond the threshold of viability.

The Committee of Ministers responded in a written answer on July 9: “The Deputies instructed the Chair to inform the President of the Parliamentary Assembly that, ‘owing to a lack of consensus, it has not been possible to adopt a reply to Written Question No. 655 by Mr. Pintado.’”

“Lack of consensus” appears to be an understatement. Documents show that at first, Pintado’s question was treated by the secretariat after the Committee of Ministers had exchanged views on the subject on February 12 and 13 and decided to let that body prepare a draft response in view of future discussions.

The draft text dodged the issue: it evidenced the “lack of consensus” on the theme of abortion in Europe and suggested the European Court of Human Rights (ECHR), the judicial arm of the Council of Europe, should take the responsibility of judging the merits of Pintado’s question.

Several national delegations at the Committee of Ministers pointed out that the draft response in no way responded to Pintado’s question, which does not directly concern abortion but the human rights of born-alive infants, a class protected by the European Convention of Human Rights.

Current jurisprudence was developed to reflect the fact that member states retain sovereignty over abortion laws, and nations have conflicting views about when life begins.

Before it could examine the issue raised by Pintado, the ECHR would have to be called on by someone capable of representing the dead children’s interests; in these cases, only the parents who chose abortion in the first place would be entitled to do so.

At this point, several national delegations suggested a whole new response that would reaffirm the fundamental principle of every person’s right to life, the prohibition of inhuman and degrading treatment, and right of access to health care without discrimination as regards the circumstances of birth.

Some of these national delegations added that the Committee of Ministers should invite member states of the Council of Europe to take into account the threshold of viability in their national legislation on abortion, as has been done recently by Norway. Premature babies born before 18 weeks pregnancy can breathe independently for minutes or hours; the lower floor of the viability threshold fixed by the World Health Organization is 22 weeks.

But several countries, such as the United Kingdom and the Netherlands, allow abortion up to 24 weeks, while in others it is allowed up to the end of pregnancy. Among the many “complications” of these late-term abortions, “live birth” is the most feared.

Given many reports showing that in this last case newborns are mostly allowed to die without any care or directly killed by euthanasia, a new response was drafted and submitted to the Committee of Minister’s delegates on June 25, while Pintado’s written question was discussed in the Irish and Polish national parliaments.

The new draft response said that all human beings born alive have a right to life and should receive the care required by their condition.

While many extremely premature babies would die, they may receive comfort and palliative care. Those who respond to treatment and survive could be welcomed into their own families or placed in adoption.

The new draft response added that, in accordance with ECHR case law, and in the absence of consensus on abortion and the beginning of life, all nations that permit abortion should have their laws take into account the various legitimate and concurring interests involved, particularly viability.

After months of delay, the Committee of Ministers finally decided to answer on July 9 that it would not answer Pintado’s written question, despite the fact that many member nations agreed with his concerns.

That means, for the moment, the deaths of newborn infants will continue.