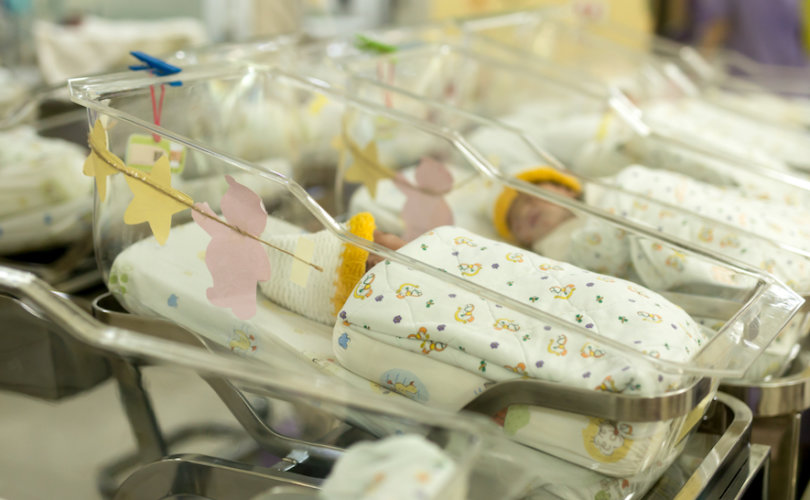 ANNAPOLIS, Maryland (LifeSiteNews) – Legislation proposed in the Maryland Senate would allow babies to be left to die for as long as the first 28 days after birth, according to analysis from a pro-life attorney.

Senate Bill 669 is also known as the Pregnant Person’s Freedom Act of 2022, but the problems go beyond the use of “person” in place of accurate references to women having babies. Senator William Smith, a Democrat, sponsored the legislation, which will have a hearing on March 15.

“[T]he bill also proposes a revision of the fetal murder/manslaughter statute that would serve to handcuff the investigation of infant deaths unrelated to abortion,” American Center for Law and Justice (ACLJ) attorney Olivia Summers wrote in her analysis.

This is because the legislation prohibits investigations and criminal prosecutions for women and medical professionals for a “failure to act” in relation to a “perinatal death.”

“In other words, a baby born alive and well could be abandoned and left to starve or freeze to death,” Summers wrote, “and nothing could be done to punish those who participated in that cruel death.”

She said that the language used is unclear, so the law could be interpreted to “prevent investigations into the death of infants at least seven days AFTER their birth, and may extend to infants as old as four weeks!”

The Maryland Code does not define “perinatal,” Summers said. A 2020 law does define “perinatal care” as the “provision of care during pregnancy, labor, delivery, and postpartum and neonatal periods.”

A definition on MedicineNet, a website owned by WebMD, defines it as “the 20th to 28th week of gestation” to “1 to 4 weeks after birth.”

Summers, with the ACLJ, noted in her analysis that the state already has a safe haven law that allows parents to leave a newborn baby with a responsible adult without fear of prosecution.

“Under the Safe Haven law, a distressed parent who is unable or unwilling to care for their infant can safely give up custody of their baby, no questions asked,” the Maryland Department of Human Services explains. “Newborns can be left at hospitals or law enforcement stations.”

“There is absolutely no reason for Maryland Senate Bill 669’s attempt to prevent someone who lets their baby die from being investigated,” Summers said. ”This bill just further exposes the complete lack of regard abortion advocates have for innocent human life.”

“If they truly want to protect life and women, then legislators could simply extend the length of the safe harbor provision already in place,” she said.

Senator Smith, the bill’s sponsor, did not provide a comment on the ACLJ’s analysis of the legislation. The office responded to the initial email but did not comment any further.