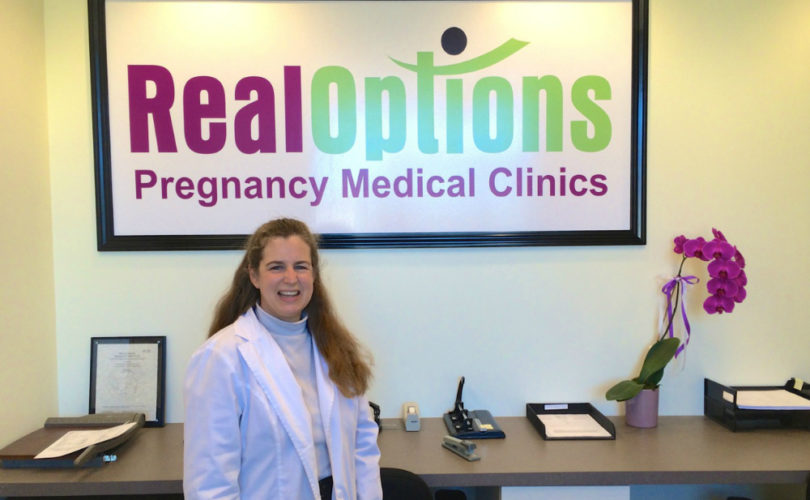 Each of RealOptions medical clinics is staffed by professionally trained nurses.

SAN JOSE, CA, February 3, 2015 (LifeSiteNews.com) — Their continual lack of finances can be best described as an accountant’s nightmare. Paying staff was often difficult. Perseverance, hard work, and the power of prayer has no better testimony than that the Community Pregnancy Centers in California’s Silicon Valley region managed to stay open four days a week, month after month, year after year, ever since first opening in 1981.

But all this started to change about 15 years ago. Leadership decided to upgrade the centers from offering pregnant women basic resources to, in addition, offering them ultrasounds in state-of-the-art licensed medical clinics from professionally trained staff. Donors got onboard with the vision and funded the changes.

It was not until the three centers were renamed and relocated right next to Planned Parenthood abortion centers that donors began to see the real fruit of their investment. The number of women visiting the clinics increased dramatically and the number of babies saved skyrocketed.

“We got on target with our mission to save lives,” Valerie Hill, executive director of RealOptions, told LifeSiteNews in a telephone interview.

Hill, 56, said that each medical clinic is now strategically located so as to offer women a better choice.

“We want to be right across the street or right next door to Planned Parenthood,” she said.

Hill said the name was changed to RealOptions in 2010 to make the clinics more appealing to pregnant women wanting to know their real choices.

On top of offering pregnancy testing and ultrasounds, the centers also offer pre-natal care and after-abortion help. Everything the centers offer is absolutely free.

Changing the centers’ image and location has proved successful almost beyond belief.

Prior to becoming medical clinics, no more than 100 babies were saved from abortion each year. But when every woman with a positive pregnancy test received a free ultrasound, the number of saves rose from 199 in 2007 to 295 in 2010. When one of the centers moved next to Planned Parenthood in 2012, the number of babies saved increased to 568. Last year, 729 babies were saved.

“I want to see these lives saved,” said Hill, who is projecting over a thousand babies will be saved this year.

Hill is herself post-abortive, so she knows first hand the devastation abortion causes. It was 31 years ago that she became pregnant while going through a divorce. She decided her life with her young daughter was already complicated enough and that a baby would only make things worse. She had the abortion in the same county she now ministers to women.

“I began to grieve and be depressed and go through post-abortion trauma. It was the worst decision I ever made,” she said.

Hill said she understands exactly how many women feel as they enter through the doors of RealOptions. No woman will ever receive judgment or condemnation, but simply understanding, love, and acceptance, no matter what they ultimately decide.

“We do a really good job. We do not coerce women. We love women no matter what they choose. We are very pro-women,” she said.

“The environment [was] … so very professionally run, it was impressive, and the staff were so nice and welcoming. All the services were free and I felt like they supported me in every way. I was treated with kindness and respect without judgment,” wrote one woman in an online review of the RealOptions clinic located in San Jose.

“My husband and I were definitely not planning on getting pregnant, and most of all, we weren’t financially prepared. … The ultrasounds were so special. It was such a treat to be able to see our son [at] such a young age, especially when we didn’t have the money for that kind of a luxury. … Real Options was just a very important part of my pregnancy,” another wrote.

Hill said it takes a lot of work to direct women to the centers. About 10 percent of the three centers’ annual budget of about $1.7 million goes to advertising on TV (here, here, and here), radio, bus shelters, as well as extensive online campaigns through social media. RealOptions also provides workshops for high school students, which they have presented in dozens of schools, as well as campus programs for college students.

Hill said she would like nothing better than to have every one of the seven Planned Parenthood clinics in Santa Clara County shut down. Her dream is to install a RealOptions clinic near every single abortion center in the county as well as a mobile unit at every college and junior college.

For Hill and her staff, it’s not just about saving lives, but about loving people — the mother, the father, and the baby — into a better place in life.

“We’re lovingly bold out here to advance a culture of life,” she said.