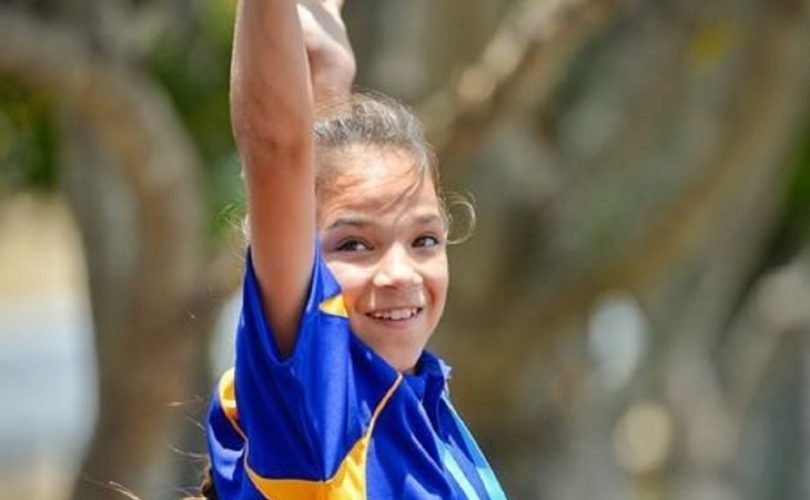 GLADSTONE, Australia, December 11, 2015 (LifeSiteNews) – Heather D'Arcy was born at only twenty weeks gestation, well before “viability.” She weighed barely over one pound.

Doctors told her father, Rick, that Heather would be born brain-dead. The doctors' diagnosis was wrong.

Doctors said Heather would have serious health problems for the rest of her life. Again, the doctors were wrong.

Heather is now eleven years old and loves to play and climb, like any other eleven-year-old. “She is very gifted academically and very bubbly and outgoing,” Rick said.

Ohio Right to Life's Katherine Franklin told LifeSiteNews, “We're told that late-term abortions must be allowed, especially in the case of fatal diagnoses. Yet the conclusion of Heather's story shows just the opposite: it shows how a false diagnosis can end in a fatal abortion.”

Immediately after birth, Heather was rushed to an oxygen tent, and she stayed there for her first month of life. Rick explained to the Gladstone Observer that she needed a machine to breathe, and “we couldn't hold her for at least a month after she was born.”

Then came what Rick calls the most pivotal moment of his life: “They have those gloves where you reach in and you can touch your child,” he said. “I put my index finger in, because she was so small, and rested it in her open hand.”

“Immediately she closed her hand around my finger, as if to tell me 'I'm here daddy, and I'm okay.'”

Today, whenever Rick drops her off for school, Heather turns puts his index finger in her hand and closes it.

Rick says that's something they'll do for the rest of their lives.

Nurses told me to let my premature twin boys die, but I fought for them with everything I had

Doctors refused to save this baby with Trisomy 18, but her parents fought tooth and nail. Now she’s thriving!

1
Communications expert explains how to break through to people who won’t question COVID narrative
2
State Farm backtracks after getting caught promoting LGBT books to 5-year-olds
3
‘You’re a criminal’: Justin Trudeau heckled by Indigenous protesters in British Columbia
4
Abp. Viganò: World Health Organization treaty is an attack on national sovereignty, part of a ‘global coup’
5
Pro-abortion activists in DC call for killing infants until moment of birth
Subscribe to Daily Headlines »