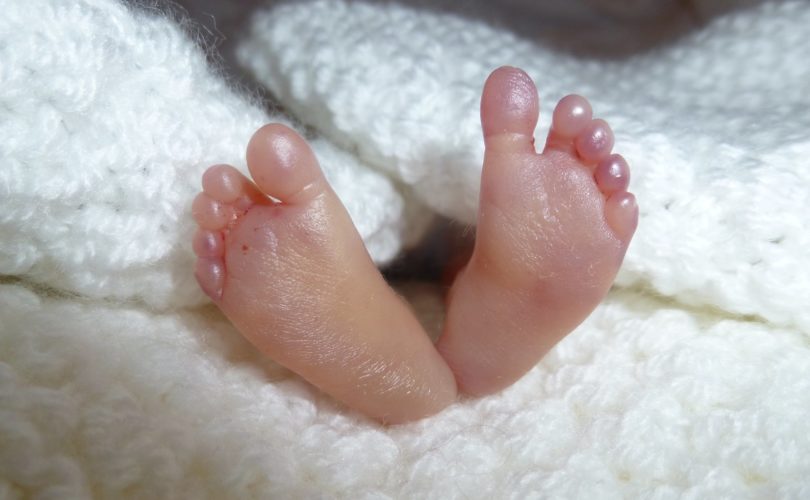 March 29, 2017 (LiveActionNews) — Ashley Glass’s son Dylan was born at just 23 weeks gestation, and although children born this prematurely have an 18 percent greater chance of survival with medical intervention, Dylan did not receive any. Instead, he fought to breathe for four minutes after birth until he died. His mother is now fighting the law she believes led to his death.

“My son was born alive and spent four minutes gasping to breathe but no one helped,” she told the Mirror. “The doctors had already made up their minds they weren’t going to help. It was so traumatic hearing him trying to breathe and watching him struggle and wriggle in pain in my mum’s arms – we just had to watch in horror.”

Glass wrote in her petition for the law change that for three days before Dylan’s birth she was in pain, but her midwife did not examine her and instead sent her home with what she thought was a urinary tract infection. The next morning Glass experienced some bleeding and went to the hospital where she was made to wait for an examination. Doctors told her she had dilated three centimeters and would soon give birth but that they wouldn’t help her baby.

According to the Daily Mail, at the time of Dylan’s birth in 2014, the law in the UK required doctors to only assist and revive babies born after 24 weeks of pregnancy. In 2015 the law changed to say that doctors should not provide assistance to babies born before 22 weeks. For babies in between at 23-24 weeks, the decision to help or not is up to the doctors based on birth weight, parental wishes, and other factors.

A spokesperson for NHS Dumfries and Galloway in Scotland where Dylan was born told the Mirror that babies born between 23 and 24 weeks like Dylan create “medical and ethical challenges.” Dylan weighed just 14 ounces, but babies smaller than that have survived when doctors helped them. Glass said her son’s death will haunt her forever.

“It was the worst thing I have ever seen in my life and I don’t know how anyone can ever get over that,” she told The Mirror. “I will never be able to get the image of my child suffering like that out of my head.”

When she learned that doctors would not help her son, Glass said she “felt like running away” to try to find anyone who was willing to help him. She said that despite the doctor’s warnings that her son might have disabilities, she wanted him and would have loved him no matter what.

Glass explained that she is working to change the law for not just Dylan, but every child who could have been saved if doctors had stepped in to help.