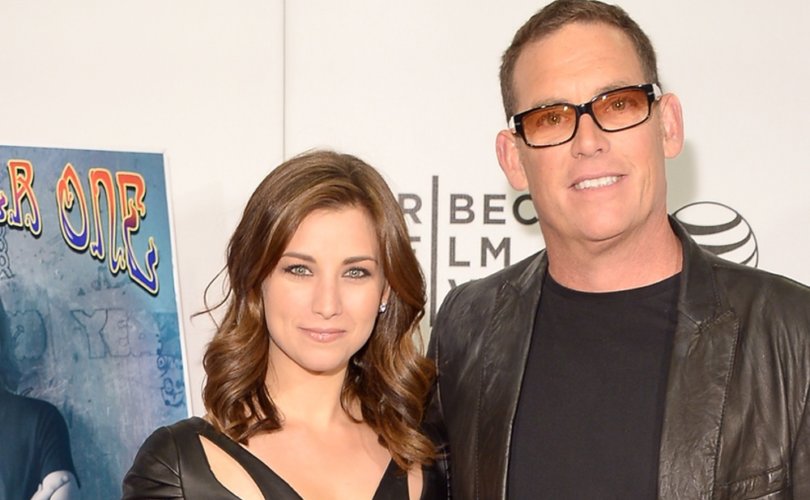 HAWAII, July 24, 2019 (LifeSiteNews) – A restraining order is keeping Mike Fleiss, the creator of the Bachelor and Bachelorette franchise, away from his pregnant wife, Laura Kaeppeler, whom he allegedly tried to force to have an abortion.

He is also forbidden from going near the family dog, a Doberman Pinscher named Nina.

Footage from home security cameras apparently shows Fleiss, 55, beating Kaeppeler, 31. He has been ordered to stay at least 100 yards away from her. The two are undergoing a divorce.

Kaeppeler was Miss America in 2012. She and Fleiss have a four-year-old son named Ben.

According to the court docs, Laura claimed that on July 4 Fleiss told her: “‘I am cutting you off financially Monday morning; You are paying for everything with your money; Next time I see you, I don't want to see your stomach’; and ‘You have a choice, you can choose. Have an abortion or go back to Wisconsin, but you are not taking Ben.’”

Laura also alleged that Fleiss “continued to threaten” her about getting an abortion, “demanding to see bank statements showing I paid for an abortion and the flight information to and from Oahu for the medical procedure.”

The Bachelor and Bachelorette are popular reality TV shows on which contestants compete for a male or female mate, respectively. The Bachelor premiered in 2002 and has had high ratings.

This is not the first time a Hollywood scandal has involved attempts to force an unwilling woman to have an abortion. In 2016, Los Angeles model Maegan Chen became pregnant with the grandbaby of Mark Hamill, the actor who plays Luke Skywalker in Star Wars. He and his son, Nathan – the baby’s father – tried to force Chen to have an abortion. After much pressure, she took the abortion pill, but her baby miraculously survived and was born at the end of 2016.