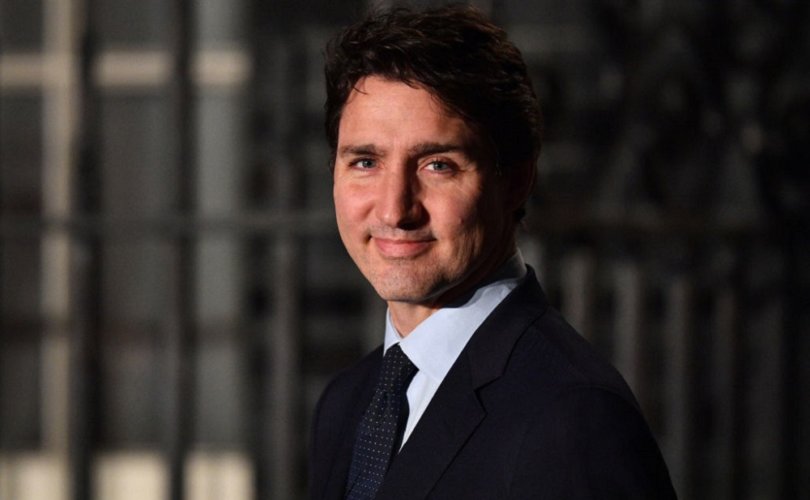 PRAYER PLEDGE: Rally around the Cross to end the coronavirus pandemic Sign the petition here.

In an opinion piece dated April 17, Rex Murphy, a well known Canadian commentator and author who writes for the National Post, directly rejected the idea.

“Don’t even think of it. Better still, to borrow a phrase from Greta Thunberg: how dare you? There is already a government that has that power, and in some cases brutally exercises it. That is the government of the Communist Party of China,” said Murphy.

“So, let’s tap this serpent of an idea on its little head before its fangs emerge and it develops a real appetite.”

Last week, Canadian Privy Council president Dominic LeBlanc said in a CBC report that he is interested in drafting legislation that would make it a criminal offense in Canada to “spread misinformation” regarding the coronavirus.

His idea has the support of NDP M.P. Charlie Angus, who said in the CBC report, “I think it would be reasonable to enact with the RCMP, with our security officials and some public officials, a team to monitor disinformation and have the power to shut it down so it does not interfere with the efforts of our front-line medical workers.”

LeBlanc told the CBC that he has an interest in a similar law in the United Kingdom that is being advocated by British M.P. Damian Collins.

The Liberal government, under pro-abortion Prime Minister Justin Trudeau, has tried to censor independent media in Canada before. In late 2019, they went against social media companies to combat “misinformation.”

In a press conference late last week, Conservative Party of Canada leader Andrew Scheer soundly rejected the idea there should be such a a coronavirus “misinformation” law.

“We’re always very concerned when this government starts talking about free speech issues; they’ve got a terrible history over the past few years of proposing ideas that would infringe upon free speech,” said Scheer in a press conference last Thursday.

“Anytime this government starts talking about regulating what people can say and not say we start off the conversation with a great deal of healthy skepticism.”

Scheer went on to note that the Trudeau Liberals should look no farther than themselves regarding the spread of coronavirus “misinformation.”

“If we’re talking about misinformation, this government needs to look in the mirror. You know, this is the government that said travel restrictions and closing the border wouldn’t work until they were forced to do those very things,” said Scheer.

“This government should worry about getting its own information right.”

Pro-life candidates in the running to become the next leaders of the Conservative Party also took aim at the suggested law.

M.P. and Conservative leadership candidate Derek Sloan blasted the proposal, saying via Twitter, “This is a terrible idea. Is their aim fighting the virus or fighting your freedom of expression?”

Leslyn Lewis, another pro-life candidate in the Conservative Party leadership race, weighed in.

She said via Twitter with a link to Murphy’s column, “Liberals want to limit free speech on COVID-19? Ironic they want to police truth after promoting these false statements: 1) It’s racist to limit flights from infected nations; 2) Masks aren’t useful; 3) The underreported Chinese data was fact. #cdnpoli.”

“With the benefit of hindsight, much of what was said about the virus and the appropriate response to it, including by governments themselves, will prove to be misinformation,” Lisa D.S. Bildy, a lawyer for the Canada-based Justice Centre for Constitutional Freedoms, told LifeSiteNews.

“Any attempt to muzzle peoples’ ability to communicate their theories, ideas, strategies or other viewpoints that go against the government’s current position is censorship and it is unconstitutional.”

As for Murphy, his column also criticized the Trudeau government for its failure to close the borders earlier as well as its close relationship with China. He said, “The Chinese government confounded, confused and lied about a plague that has now hobbled the whole planet.”

Broadcaster and journalist Andrew Lawton spoke with Scheer this week about the “misinformation” law as well as the WHO. Regarding the WHO, Scheer told Lawton, “As you say, the World Health Organization data is populated by data from China. Garbage in, garbage out. We have to have a healthier dose of skepticism when looking at that.”

Also last week, Rebel News broke the story that the Trudeau Liberals sent almost $1 million of taxpayer money to help fund “research” for new COVID-19 “screening and diagnosis” tools at the Chinese lab where the virus is suspected to have originated.

In his Thursday press conference, Scheer noted that he is not surprised that the Trudeau Liberals would attempt to limit free speech, given their recent idea to force news agencies and journalists to be licensed.

In February, minister of Canadian heritage Steven Guilbeault remarked during an interview with CTV’s Evan Solomon that news websites should be required to be licensed like radio and television broadcasters.

Despite backtracking from his comments, Guilbeault nevertheless was faced with a flurry of backlash that he was trying to regulate all news media in Canada. One Conservative M.P. said the Trudeau government’s report recommending a ”media registry” for news outlets in Canada scares the “hell out of me.”

Scheer told Trudeau that he is “suspicious” of the licensing proposal.

In early April, Guilbeault announced that funding of $3 million would be distributed to various groups to counter online coronavirus “misinformation.”