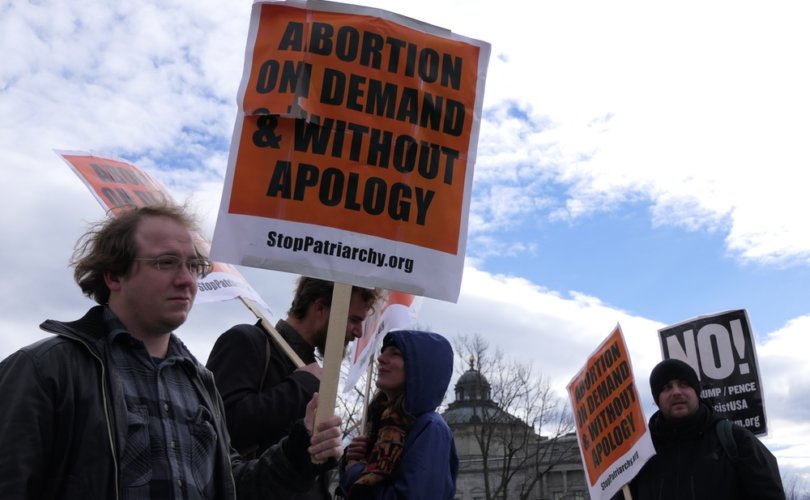 MARYLAND (LifeSiteNews) – As the fall of Roe v. Wade sends pro-abortion activists scrambling for strategies to ensure the continuation of as many legal abortions as possible, far-left financier George Soros is stepping in to bankroll efforts for blue states to serve out-of-state abortion seekers.

Last week, the U.S. Supreme Court handed down its decision in Dobbs v. Jackson Women’s Health Organization, which declared it was “time to heed the Constitution and return the issue of abortion to the people’s elected representatives.” The long-awaited overturn of the notorious 1973 precedent allowed the elected branches of government to decide abortion policy directly, resulting in abortion automatically becoming mostly or entirely illegal in more than twenty states so far, thanks to a combination of older pro-life laws that had been blocked by the courts as well as trigger laws to take effect after Roe.

In response, Democrats have called for codifying the “right” to abortion in federal law (which would require retaining the House of Representatives this fall and expanding their Senate majority enough to either eliminate legislative filibuster rules or overcome them with 60 votes), increasing distribution of abortion pills by mail, and providing financial assistance for abortion-minded women in pro-life states to travel to states where abortion is still legal.

One such state is Maryland, where the Baltimore Sun reports that Baltimore’s Democrat Mayor Brandon Scott and the Baltimore chapter of Soros’s Open Society Institute (OSI) have pledged $300,000 and $250,000, respectively, to the Baltimore Civic Fund, which will provide grants to abortion organizations preparing for an influx of out-of-state abortion seekers.

“It is our obligation to arise up to meet the needs of women across the nation,” Scott said Tuesday at a press conference, with OSI officials at his side. “I promise to ensure Baltimore City is doing its part to maintain safe access to abortion service for our residents and those women who come here seeking care.” He pledged to make Baltimore an abortion “haven.”

“Abortion was legalized when I was a child and I grew up thinking it would be so forever more, and I also believed when I had a daughter that my daughter would be safe to move around the United States of America and live wherever she chooses and maintain her rights,” OSI’s Karen Weber added. “That is no longer the case.”

Among the initiatives beneficiaries will be the Baltimore Abortion Fund, which offers travel, lodging, and scheduling assistance for out-of-state abortion seekers.

On June 24, Soros’s national Open Society Foundations (OSF) called the Dobbs ruling an “assault on women’s rights, human rights, and democracy that will have a damaging impact around the world,” and declared itself “proud to invest in grassroots and national reproductive rights organizations who are fighting back at this moment, both in the United States and globally.”

Unless and until Congress enacts a national abortion ban, there may be little pro-life states can do to prevent their residents from aborting their babies in other jurisdictions. But the Washington Post reports that groups such as the Thomas More Society and National Association of Christian Lawmakers are exploring options for addressing the problem, such as drafting model legislation that would “allow private citizens to sue anyone who helps a resident of a state that has banned abortion from terminating a pregnancy outside of that state.”