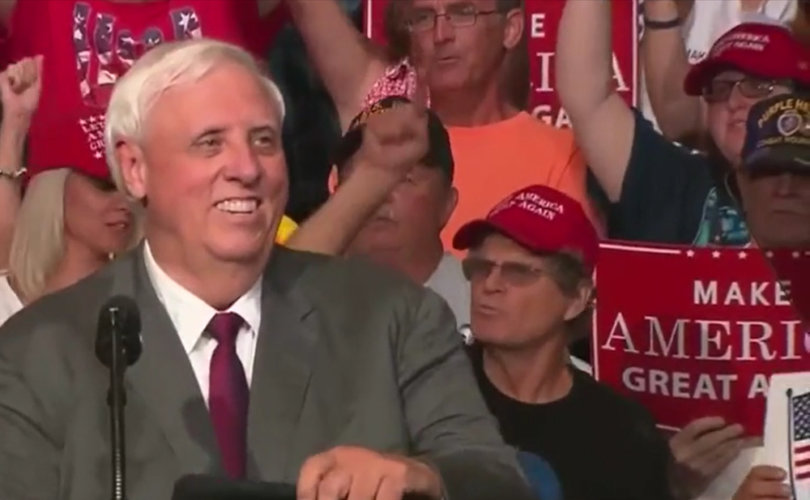 The Born-Alive Abortion Survivors Protection Act requires abortionists to administer basic medical treatment to children delivered alive after failed abortions. Violators would face discipline from their medical licensing board, up to and including potential revocation of their license.

The bill passed the state House in January, and unanimously cleared the state Senate last month. After returning to the House to reconcile lingering differences between the text of both versions, the bill was signed into law by the governor, ABC News reports.

Calling it “unbelievable, to tell you the truth, that we have to do such a thing,” Justice declared that “today we're going to put a stake in the sand that says for us, for us at least we stand for life and we stand for the right stuff.”

Abortion defenders have attempted to discredit born-alive laws by arguing that infanticide is a myth, and that existing laws already suffice to deter it. In fact, several former abortion industry insiders and policy scholars have told Congress that many cases of infanticide are not captured by the official numbers. Further, the existing federal laws on the subject do not contain specific criminal penalties for withholding medical treatment from newborns.

Over the past year, Democrats in the US House of Representatives have repeatedly blocked a similar born-alive law that would have applied nationwide. Last month, that bill failed to pass the GOP-controlled US Senate because the chamber’s current rules require 60 votes for most legislation rather than a simple majority.