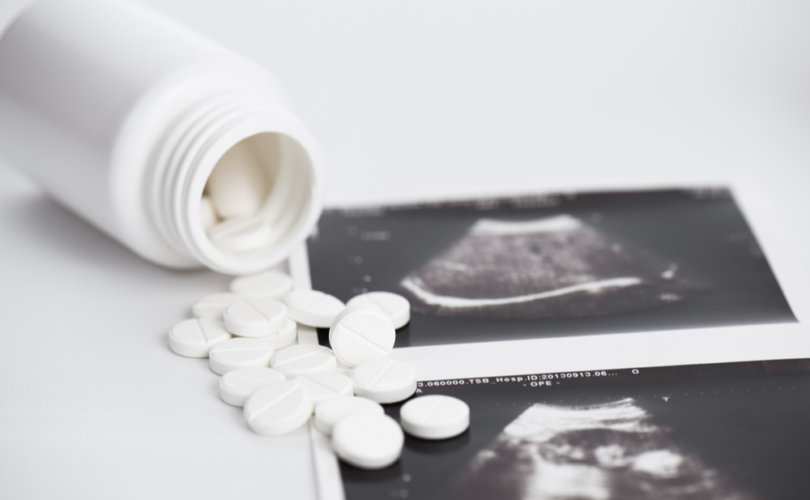 NEWCASTLE, England (LifeSiteNews) – A pro-life doctor in England who was banned from offering abortion pill reversal treatment (APR) to mothers who wished to keep their babies has had an investigation into his conduct dropped after Britain’s General Medical Council (GMC) described the charges against him as “hearsay.”

Last May the GMC banned Dr. Dermot Kearney, a consultant cardiologist at the U.K.’s National Health Service and former president of the Catholic Medical Association (UK), from providing the natural hormone progesterone to women who had regretted taking the first abortion-inducing mifepristone pill in an attempt to reverse its effects. The abortion pill regimen consists of two pills: mifepristone, which essentially starves a pre-born baby of nutrients, followed by misoprostol, which induces contractions to expel the baby’s body from his or her mother.

The GMC imposed the ban after Dr. Jonathan Lord, director of abortion provider MSI Reproductive Choices (formerly Marie Stopes International) lodged a complaint with the regulatory body against Kearney’s intervention, claiming that there is “no evidence this treatment works and there is some evidence it may even be harmful.”

A Medical Practitioners Tribunal Service panel ordered Kearney to cease offering the treatment in May, stating that progesterone is not approved as a reversal treatment for the abortion pill. As things stand, the U.K. has no approved treatment plan for women who wish to reverse course after taking the first abortion pill.

However, following Kearney launching a legal case against the interim order imposed on him, the GMC reviewed the case, deciding to dismiss all charges raised against him, activist group Christian Concern reported.

“The case examiners have considered the information provided by MSI Reproductive Choices, openDemocracy, Safe Abortion Action Fund UK and the Royal College of Obstetricians and Gynaecologists and decided to conclude this case with no further action,” the GMC stated.

Regarding allegations that Kearney’s prescription of progesterone would be a cause of harm to women seeking to reverse the effects of the first abortion pill, the GMC found that “there was no evidence to suggest that APR increases the risk of harm to a foetus.”

Although “there was limited randomised controlled trial evidence to suggest that APR increases risk of haemorrhage,” the GMC noted that “this is more likely to be related to the generic risks of Early Medical Abortion (EMA) rather than to specific risks of APR treatment, i.e., women who fail to complete EMA are at much higher risk of haemorrhage compared with those who do, irrespective of whether they are prescribed APR or not.”

‘I am convinced that the progesterone saved my baby’s life’

Ten women came forward to provide witness statements supporting Kearney’s professionalism, stating that he has kept them “well informed about the treatment, was not judgemental, did not attempt to push his own views on them, and was overall considered to have been highly supportive,” the GMC recognized.

Sixty-two women approached Kearney for help reversing their abortions over a 12-month period, 32 of whom gave birth to their children after following his program.

Another, Amrita Kaur, noted how abortion provider BPAS (British Pregnancy Advisory Service) had given her little counsel before supplying the abortion pill through the post, but that complications led her to seek Kearney’s help.

“I was really struggling and was divided on whether I should have an abortion or not. I was shocked at how little counselling and support I received from BPAS and how easy it was to receive the abortion pills,” Kaur said.

“Once they arrived through the post, I delayed taking the first pill. In a moment of frustration and distress I took the first pill, and within seconds regretted it and had complete clarity that I wanted the baby.”

BPAS staff told Kaur that if she simply did not take the follow up misoprostol pill that her baby would be fine, but after a little research she discovered that the chance of survival for the baby is very low without intervention.

“After doing my own research, I am convinced that the progesterone saved my baby’s life. I gave birth to a healthy baby girl, and I love her to bits,” Kaur said.

A ‘coordinated campaign by senior figures in the abortion industry’

In response the GMC lifting restrictions on his practice, Kearney said he is “relieved and delighted to have been exonerated.”

“I have been the victim of a coordinated campaign by senior figures in the abortion industry who have been determined to prevent women in urgent need from accessing abortion reversal treatment,” Kearney continued, adding that at “all times my concern and priority has been the women who have been referred to me for urgent medical support. I am humbled by the support they have shown me in return.”

“My hope is that woman across the U.K. will now be told by medical regulators and abortion providers that abortion reversal treatment is safe, that it is available, and that success is possible if they regret their decision to have an abortion and choose to seek help,” he said.