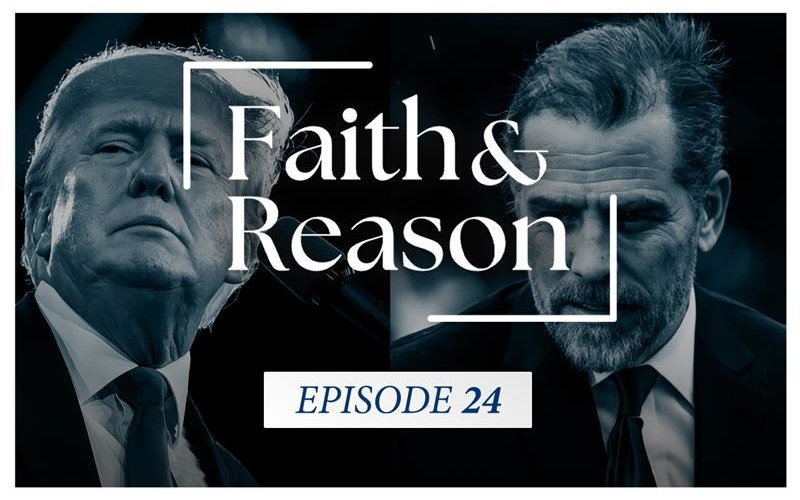 (LifeSiteNews) — On this week’s Faith & Reason episode, the panel – which included this time Jack Maxey again – discusses the FBI raid of President Donald Trump’s home and the political ramifications of this event. Signs that the American Republic is turning more and more into a Marxist country similar to China are written on the wall.

Liz Yore first gives an introduction into the topic, laying out the events of the raid of President Trump’s home and pointing out all the suspicious signs that surrounded it, including the fact that the FBI agents not only looked for the boxes of the material they claimed, but also went through the entire apartment and even through Melania Trump’s closets.

Political analyst and Hunter Biden laptop specialist Jack Maxey insisted on “open hearings on the floor of the House and the Senate that the American people get to participate fully in.” The proposed independent counsel who would look into the Trump matter “at this point is just another arm of their coverup racket. It should be obvious to the American people that the FBI now is more interested in protecting themselves from being exposed.”

Maxey reminds us that the Hunter Biden laptop affair is a good example for what the FBI is trying to cover up. “Declaring Hunter Biden’s laptop a fabrication of Russian intelligence,” he says, “put a lockdown on any debate concerning the discussion of the Biden crime family or anything else.”

“Now,” he goes on to say, “you have to understand all of their [the Biden family’s] criminal activity was abetted effectively by CIA, State Department, Department of Justice, FBI in particular, because they can’t claim they didn’t know about the things that they were up to. So by acts of omission, they have committed criminal acts and they are now in the situation where they are trying to defend and protect themselves from being exposed.”

For Jack Maxey, “this is no longer about the Bidens. This is about former directors of the CIA, their minions inside there.”

“And the cover-up should horrify the American people.”

Liz Yore also points out the strange fact that during the FBI raid of Trump’s home, “many FBI agents with knapsacks [were] going in there in addition to guns. What was in those knapsacks? So, you know, this is very troubling behavior. … And what they have done is they turning on Donald Trump and they’ve turn it on the American people.”

John-Henry Westen reminds us of an analysis of Steve Mosher, who “published on LifeSite about comparing this, he said not so much like a banana republic, but like Xi Jinping’s China, the communist tyranny coming down on the people, instilling fear.”

Father James Altman agrees with this analysis and says “what we’re seeing in America now is what we have seen in every socialist communist country … corruption in the entire government, in both parties.”

“This is exactly what you saw in Russia, in Germany, China. It is the exact same thing. We are doomed to repeat it because most people don’t even recognize it for what it is,” Altman warns. And the Church is not helping here, on the contrary, she is collaborating with these forces such as China and President Biden.

“The church is in bed with communism,” the priest adds.

But Jack Maxey encourages us and explains that, just as “the lay people are taking back our Church, I think you’re seeing that the lay people inside the United States – that would be anybody outside the federal government – are going to start taking back their country.”

Father Altman agrees here with Maxey, saying that “there will be martyrs that I think still some people and sometimes myself as well, don’t want to ponder the truth that there always is the Good Friday before there’s an Easter Sunday.”

Maxey also reports on some hopeful events with regard to some U.S. sheriffs who are now in possession of a copy of the Hunter Biden laptop and who are investigating it thoroughly. He even thinks that the current chaos might be related to this very important development that might very well soon bring Hunter Biden and his family to justice, including those who abetted their crimes and covered up for them.

He believes that after the November elections, hearings will start in both houses about the Hunter Biden corruption. “No more redacted nonsense,” he says.

But for those who feel “desperate,” there is hope: “I would look to Jack Maxey and what he has done, one person himself having faith in God and in the Constitution and being fearless,” Yore says.

“This is a spiritual battle,” she adds. “We’ll have dark days. This is going to be tumultuous. It is going to be a roller coaster of ups and downs and struggles and fear and personal attacks on individuals who fight to protect our Constitution and fight for morality.” Everybody has to ask himself: “What role am I going to play?”

“There’s no more sitting on the sidelines. Everybody has a role to play. The Holy Spirit will guide them. The Blessed Mother will guide them, and Saint Michael will protect them. But, you know, martyrdom has always been the transformational movement that saves civilizations.”