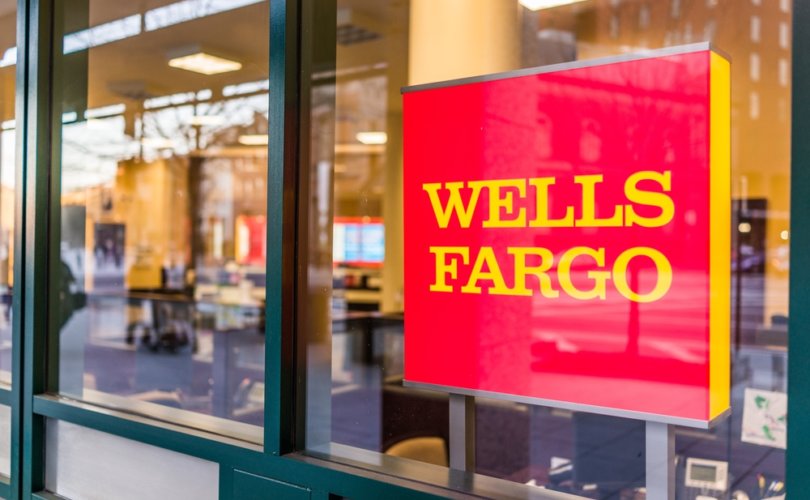 September 6, 2017 (LifeSiteNews) – The pro-family, pro-children Ruth Institute was notified Thursday that its online donation processor had cut off services because it promotes “hate, violence, harassment or abuse.” Correspondence suggests that there is a line leading directly to banking giant Wells Fargo and the Southern Poverty Law Center.

The Ruth Institute made public the notice it received of the termination of their online donation processing service by, Vanco, their provider:

“Vanco has elected to discontinue our processing relationship with The Ruth Institute. The organization has been flagged by Card Brands as being affiliated with a product/service that promotes hate, violence, harassment and/or abuse. Merchants that display such attributes are against Vanco and Wells Fargo processing policies.”

The Ruth Institute is a global non-profit organization that seeks to create “a mass social movement to end family breakdown, by energizing the Survivors of the Sexual Revolution,” paying special attention to the needs and rights of children.

Stephanie Zercher, a spokesperson for Vanco’s public relations firm, Marsden Marketing, told LifeSiteNews, “Vanco depends on the assessment of its banking partners to guide its decisions on continuing customer relationships that those partners believe violate processing policies. Accordingly, based on that assessment, we terminated our processing relationship with the Ruth Institute on Thursday, August 31.”

Vanco’s reply points directly at its banking partner. Although unnamed in the correspondence, Wells Fargo is listed elsewhere as Vanco’s partner in its online donations processing service.

LifeSiteNews reached out to Wells Fargo Bank on Friday and again after the holiday weekend. However, a spokesperson informed LifeSiteNews that the bank was unable to meet its publication deadline.

The questions were straightforward:

1. Vanco's statement to LifeSiteNews indicates that it was the company's banking partner, Wells Fargo, that made the decision to terminate services to the Ruth Institute. Do you dispute this, and if so, why?

2. What led Wells Fargo to determine that the Ruth Institute is a 'hate group?' Does Wells Fargo rely on the Southern Poverty Law Center's published list of 'hate groups' to make such determinations? Were their other sources of input leading to this decision?

3. Is Wells Fargo concerned that it risks alienating and offending millions of Christian clients by actions such as this?

4. Will Wells Fargo investigate this matter further and reconsider its treatment of the Ruth Institute?

Many have expressed shock at the treatment the Ruth Institute received from its service providers, citing the pro-family organization as a “hate group.”

Jennifer Roback Morse, the Institute’s founder and president, said, “[Our] primary focus is family breakdown, and its impact on children: understanding it, healing it, ending it. If this makes us a ‘hate group,’ so be it.”

Morse explained, “The Ruth Institute is listed on the Southern Poverty Law Center’s ‘Hate Map,’ which was recently in the news. We have been on this ‘Hate Map’ since 2013. To the best of our knowledge, no one has ever been inspired to riot, or shoot anyone by our activities.” Moreover, “No one from Vanco, Card Brands or Wells Fargo ever contacted the Ruth Institute to inquire about how we ‘promote hate, violence, harassment and/or abuse.’”

“The Vanco company markets itself to religious organizations. Many churches use their services for processing donations,” Morse noted. “We surmise that Vanco dropped us because we hold views about marriage, family and human sexuality that are considered ‘Anti-LGBT.’ Our  beliefs are the common heritage of all Christian groups. Christian organizations that utilize Vanco’s services may wish to reconsider.”

The Ruth Institute is one of a growing number of Christian pro-family, pro-marriage, pro-family organizations whose online operations and presence is being undermined by tech firms who rely on information provided the Southern Poverty Law Center (SPLC) to identify supposed “hate groups.”

“We have compiled the items which some groups have found objectionable on a page called ‘Where’s the Hate?’ Anyone interested can review that material and judge for themselves whether the Ruth Institute belongs on a list with the Ku Klux Klan and neo-Nazis.”

The American Conservative’s Rod Dreher, speaking about large corporations refusing services to small Christian clients, said, “Note well the hypocrisy here: it is hateful for a Christian wedding photographer, florist, or baker to refuse to bake a cake for a same-sex wedding out of moral conviction, but it is virtuous for a major financial corporation to refuse to do business with a Christian ministry out of moral conviction. Heads they win, tails we lose.”

“I would wager that the leadership of major American corporations are eager to marginalize and destroy socially and religiously conservative groups, and are more than happy to have SPLC’s ‘hate map’ as an excuse to do so,” Dreher said. “What if banks and lending institutions decide to cut off access to credit for organizations and institutions they deem to be purveyors of “hate”? You don’t think it could happen to your employer, your church, your favorite charities? You don’t think it could happen to you? Wake up.”