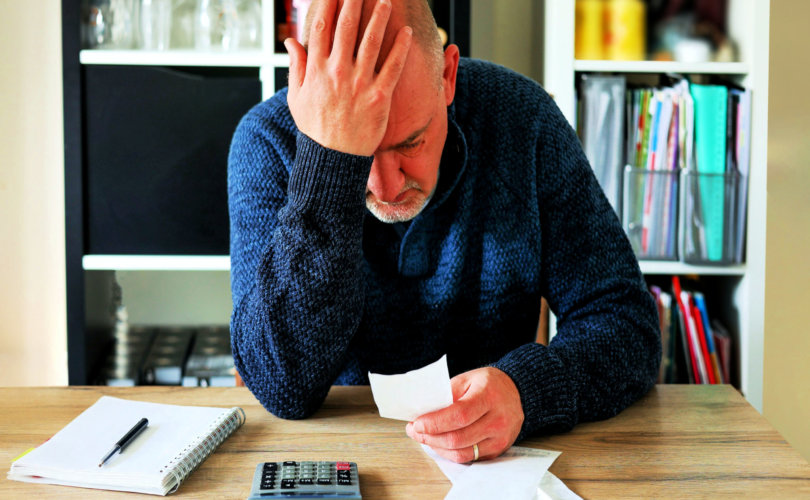 (LifeSiteNews) — Amid decades-high inflation and repeated interest rate hikes, the Office of the Superintendent of Bankruptcy Canada’s latest report shows an 11 percent increase in insolvencies among Canadians compared with this time last year.

While bankruptcies rose 11 percent nationwide – a jump that represents over 26,000 additional insolvency filings when compared with Q2 last year – Canada’s most populous province of Ontario suffered an even more staggering increase of 16.5 percent.

According to the Toronto Star, one of the biggest factors behind the increase in bankruptcies is Canada’s declining housing market, which just before the downturn had hit record highs during the so-called pandemic due to historically low interest rates and massive government subsidies.

Explaining how this type of insolvency occurs, senior economist David Macdonaldwith the Canadian Centre for Policy Alternatives outlined to the Star that when home prices are high, a person can typically sell a home for enough money to pay off the existing debt they owe on the home. However, when prices drop to a figure that is lower than what is owed, the person becomes unable to “cover the loan” and ends up “in insolvency.”

With Canada’s real estate market in steady decline since the Bank of Canada started hiking interest rates to fight four-decade high inflation earlier this year – some areas have seen prices drop as much as 50 percent — many remain skeptical about whether or not the current economic crisis was intentionally created by Prime Minister Justin Trudeau, particularly in light of his and Finance Minister Chrystia Freeland’s ties to the World Economic Forum.

For those familiar, the WEF is the globalist group behind the “Great Reset” agenda, a radical socialist plan designed by elites that “seeks to ‘push the reset button’ on the global economy,” with the stated goal of ensuring that by the year 2030, “You’ll own nothing and you’ll be happy.”

Even mainstream news outlets and Conservative politicians have begun to question the Trudeau government’s ties to the WEF and similar entities, making it one of the most talked-about issues among the current Conservative Party of Canada leadership race.

Is our current inflation crisis a key part of the Great Reset agenda?