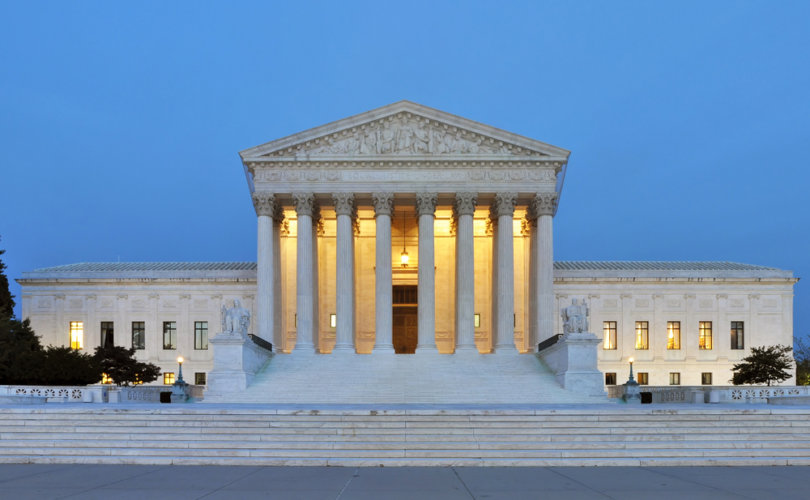 Healthcare workers had asked the court to “grant extraordinary relief” through the “emergency docket” to block the New England state’s vaccine mandate. But Barrett and Kavanaugh used “discretionary consideration” to block the request.

Justice Neil Gorsuch, joined by Justice Clarence Thomas and Justice Samuel Alito, argued to the contrary: “Maine’s rule contains no exemption for those whose sincerely held religious beliefs preclude them from accepting the vaccination. Gorsuch said Maine’s mandate differs from other states which offer religious exemptions.

Gorsuch said the plaintiffs include “a physician who operates a medical practice and eight other healthcare workers” who “served patients on the front line of the COVID-19 pandemic with bravery and grace for 18 months now.”

He wants the court to stop enforcement of the mandate until the issue has been sorted out further, because some damage has already been done. “Yet, with Maine’s new rule coming into effect, one of the applicants has already lost her job for refusing to betray her faith; another risks the imminent loss of his medical practice. The applicants ask us to enjoin further enforcement of Maine’s new rule as to them, at least until we can decide whether to accept their petition for certiorari.”

The workers are opposed to taking the jabs because they are all abortion-tainted. Justice Gorsuch is not convinced that Maine has sufficiently argued that the requirement is “neutral” and “generally applicable.”

He pointed out there are non-religious “individualized exemptions” to the law as long as a doctor will say that getting jabbed might not be advisable.

“From all this, it seems Maine will respect even mere trepidation over vaccination as sufficient, but only so long as it is phrased in medical and not religious terms,” Gorsuch said. “That kind of double standard is enough to trigger at least a more searching (strict scrutiny) review.”

Healthcare workers could also argue they are being treated differently for having religious exemptions than their peers who have medical objections. Maine allows medically-exempt employees to use personal protective equipment and get tested regularly, but has prohibited religious objectors from doing the same, the dissenting justices wrote.

The dissenting opinion attached to the denial also addressed Maine’s assertion that vaccination is necessary to protect the “health infrastructure.” The conservative justices pointed out that some healthcare workers will be fired for not getting jabbed. “If the State refuses religious exemptions, religious workers will be fired for refusing to violate their faith, which will also mean fewer healthcare workers available to care for patients,” Gorsuch wrote.

The state also erred, Gorsuch said, by setting a standard of 90 percent vaccination without providing justification why. Furthermore, the state has already met that benchmark, undercutting its own arbitrary guideline, the justice said.

“The State says that, to meet its four stated goals above, 90% of employees at covered health facilities must be vaccinated,” Gorsuch wrote.

“Had the State consulted its own website recently, it would have discovered that, as of last month, hospitals were already reporting a vaccination rate of more than 91%, ambulatory surgical centers 92%, and all other entities roughly 85% or greater.”

The “plight” of the petitioning workers “is worthy of our attention,” Gorsuch concluded.