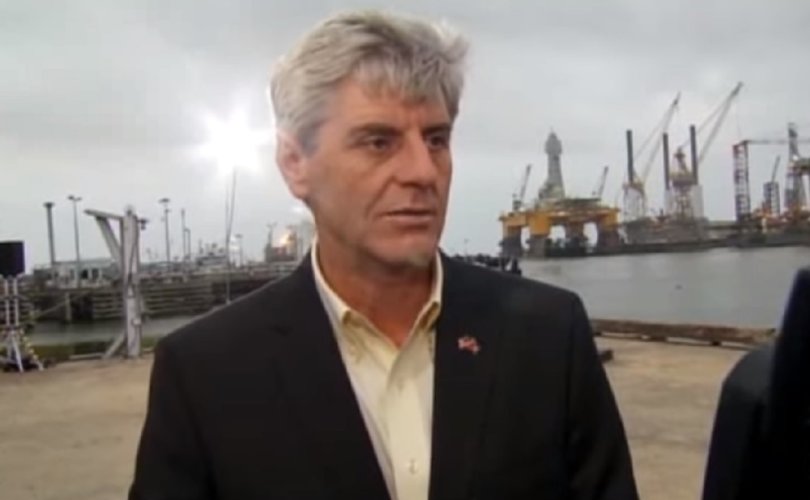 JACKSON, Mississippi, April 8, 2016 (LifeSiteNews) – The fallout from Mississippi's new religious freedom bill protecting people of conscience from being forced to participate in same-sex ceremonies has turned into a battle of the states.

Mississippi Governor Phil Bryant signed the “Protecting Freedom of Conscience from Government Discrimination Act” on Monday. “I am signing H.B. 1523 into law to protect sincerely held religious beliefs and moral convictions of individuals, organizations, and private associations from discriminatory actions from state government or its political subdivisions,” Gov. Bryant explained.

Already, New York and Washington have banned certain law-abiding citizens from traveling to Mississippi in an effort to economically blackmail the state.

The liberal Catholic governor told ABC News that the Mississippi law is “sad” and “hateful,” and he will not allow any state employee travel to Mississippi until the law is repealed.

Big business is rushing in to join the fray as well. PayPal announced that it will not go ahead with plans to put a global operations center in Charlotte, North Carolina, which meant 400 jobs.

Tim Wildmon, president of the American Family Association, told LifeSiteNews, “The fact that Washington state and New York are banning state employees from traveling to Mississippi because of its new religious conscience protection law is absurd.  It truly shows how sold out these governors are to the LGBT lobby.”

“Not to mention, this action offends thousands of Mississippians that have supported this legislation all along,” Wildmon added. “In this situation, Mississippi is being discriminated against.”

Family Research Council president Tony Perkins summed up the conservative pro-family view, saying, “Leaders in Mississippi, North Carolina, and Texas have chosen to defend the fundamental freedom of their citizens to believe and live according to those beliefs, rather than capitulate to the economic threats.”

The new Mississippi law says the government may not force religious organizations or religious individuals to take part in a same-sex couple's “wedding.” Even clerks and other state employees may ask for a recusal on signing marriage licenses intended for same-sex couples, provided someone else will do so and the licensing “is not impeded or delayed.”

Under the new law, individuals may also follow their conscience and sincere religious belief that sex belongs within committed, natural marriage by not renting homes to cohabitating couples.

A proposed federal law, the Equality Act, would force businesses and religious individuals to provide for and participate in homosexual ceremonies. Many in big business back this proposed law, including Amazon, Facebook, Google, General Electric, Hewlett Packard, Intel, and Nike.