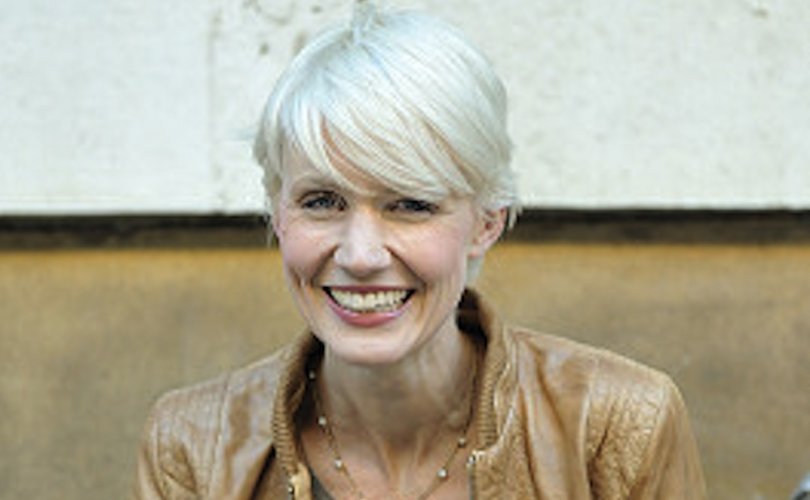 LONDON, England, September 9, 2016 (LifeSiteNews) — Statistics show that during the last few decades women are postponing marriage and getting pregnant later in life for a variety of reasons and that some see in vitro fertilization as a means to assure them of being able to have children at an advanced age.

One famous broadcaster found out that artificial insemination often leads to barrenness.

British Broadcasting Company “Coast” presenter Tessa Dunlop, 41, put off having a second child and has now lost three children — one at 11 weeks, one to an ectopic pregnancy, and most recently a baby boy at four months’ gestation.

She confesses she has physical pain “as my body readjusts to being an empty vessel again,” but “that is not the real pain” she feels.

“The real pain is a hollow, gaping ache, an inner wail that won’t go away. The senseless grief that pokes me awake and reminds me that I have come to the end of a journey and now I must mourn, but I don’t know how.”

Dunlop explains that she put off having more children because “straight after the birth of my daughter, I lost my job, sued a big company, fell on antidepressants, my dear father died, and my marriage took a hit. So, yes, I did delay childbirth.”

Tragically, Dunlop developed listeriosis, an infection from bacteria-laden food she ate. Encouraged to write down her feelings, she confides, “I hope that by sharing my pain it’ll serve as a reminder that we are all vulnerable.”

Tessa believes that too “many women suffer their loss alone,” so “the sisterhood could be encouraged to open up” about the many “older women” who miscarry.

“I don’t want this to become a hand-wringing exercise about educated women leaving childbirth until it is too late,” she writes, but “more honesty about the pitfalls of middle age that are so cruelly exclusive to women would help everyone.”

She encourages women not to delay having children and thinks society should better support women “during that precious decade – somewhere between 24 and 34 years of age – when both emotionally and biologically they are best equipped to give birth.”

As the Daily Mail reports, miscarriage is more common with women who have babies after age 40.

But problems with infertility are not just a product of age. Artificial insemination also has increased risks of infertility. An analysis of nearly 4,000 medical and scientific journal articles revealed children conceived via artificial fertilization face up to 34 percent higher rates of miscarriage, and even after birth are at significantly greater risk for later medical problems.

“We as pro-life Americans should be talking about the need to affirm every mother of a miscarried child,” American Life League president Judie Brown told LifeSiteNews, “and to witness to her that her pain and agony need not be suffered in silence.”

Brown added, “Through the good work of Elizabeth Ministries, the path to healing can be a life-changing experience for all parents of miscarried babies.”