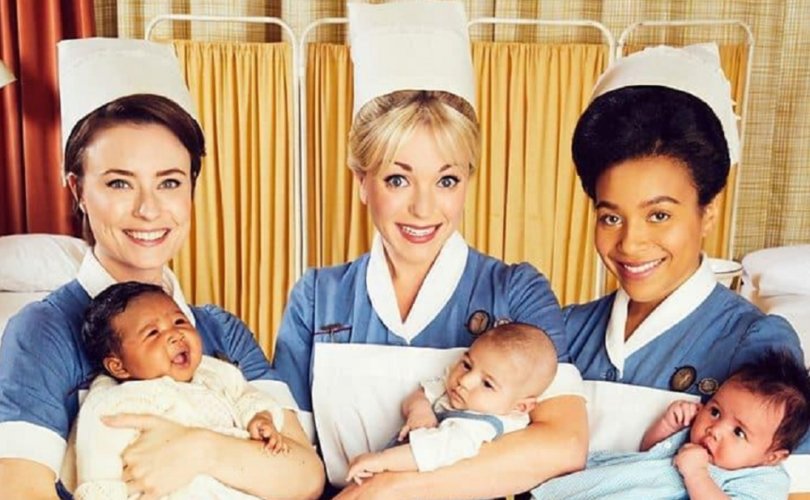 February 19, 2019 (Society for the Protection of Unborn Children) — On 3 February, the BBC aired an episode of “Call the Midwife” in which a woman died from an infection following an illegal abortion. This is the second illegal abortion storyline on the programme in 2019 (read about the first here).

After the programme aired, there was an advertisement which directed viewers affected by the episode to the BBC Action Line website. This website linked to NHS pregnancy information but did not directly link to any abortion providers. BBC Action Line explained this choice, stating:

Perhaps, the BBC should have considered providing a link to a post-abortion counselling organisation, such as Abortion Recovery Care and Helpline (ARCH), on their Action Line website. These stories can, understandably, be upsetting to women who have been hurt by abortion, who may need further support.

The absence of links to abortion providers or research in favour of abortion drew criticism in the form of a joint letter from campaigning groups including the British Pregnancy Advisory Service (BPAS), Marie Stopes UK, The Royal College of Midwives, and the Royal College of Obstetricians and Gynaecologists. The letter reads:

Abortion is not a “contentious issue” — it is a routine part of NHS-funded healthcare, provided by doctors, nurses, and midwives every day in hospitals and clinics across the country…We ask that you [BBC Action Line] amend the current policy as a matter of urgency, as we are aware women are currently visiting your website for advice on abortion, and include links to evidence based, impartial information.

In their own coverage of this controversy, the BBC sought comment from various organisations on different sides of the debate. In doing so, they received a quote from John Deighan, Deputy CEO of the Society for the Protection of Unborn Children, who said, 'The issues raised in the “Call the Midwife” programme are controversial. I can understand reservations over which helpline numbers would have been appropriate to provide'. In his full quote, not included in the BBC coverage, he went on to say:

If information had been included I think Abortion Recovery Care Helpline (ARCH), with whom we work closely, would have been a most helpful number to offer to the many women and family members affected by an abortion experience. This service gives much needed hope for women facing terrible emotional problems and their contact number is  0845 603 8501. It is also important to realise that many women facing pressures for abortion are in need of help and support rather than to be rushed to abortion services.

This upset pro-abortion campaigning organisation Sister Supporter. In a Facebook post, they criticised the BBC for including a male, pro-life commenter and suggested SPUC hosts weekly protests outside of abortion clinics and 'call women entering (and leaving) the clinic “murderers”' — a claim which is patently false.

SPUC does not organise pro-life vigils outside of abortion facilities and would not condone such name-calling. Across the UK, there is not sufficient evidence of such harassment taking place — as confirmed by Home Secretary, Sajid Javid, last year. Many SPUC supporters choose to attend peaceful pro-life vigils, and SPUC supports their right to do so as an expression of their freedom of speech, assembly, and religion. SPUC also defends the existence of these peaceful vigils, and often covers stories related to them.

Michael Robinson, Director of Parliamentary Communications and Campaigns for SPUC, said in response, 'It is extremely disappointing to see Sister Supporter spreading falsehoods about the nature and work of SPUC. As a matter of urgency, we would ask Sister Supporter to retract their statement and issue an apology'.