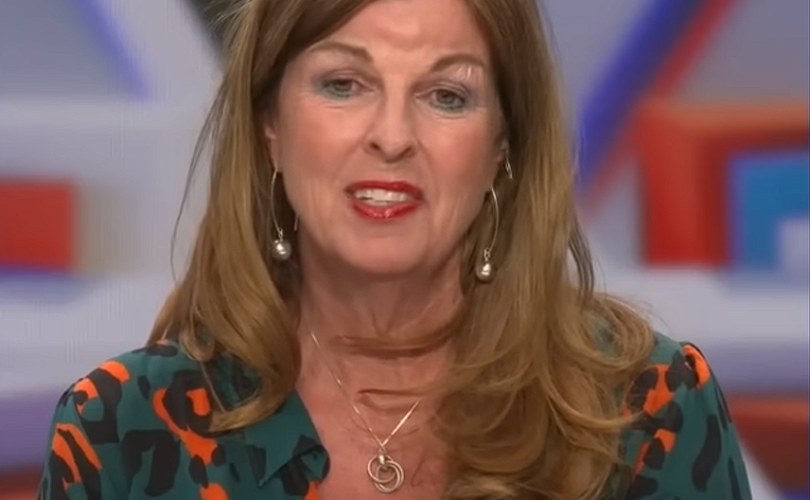 (LifeSiteNews) – A BBC radio host who suffered from painful adverse events after taking AstraZeneca’s COVID shot has spoken out against media silence on injuries arising from the jabs.

BBC Kent Radio host Jules Serkin blasted mainstream media outlets in an interview with GB News Monday night, arguing that either the “media have been told to be quiet” on the topic of “vaccine” injuries or they “don’t want to hear another side.”

Serkin told presenter Mark Steyn that she started to suffer painful side effects immediately after she took the AstraZeneca-developed COVID jab last year.

“I had the jab on March 5. I’ve been ill ever since, from that very night,” Serkin said, adding that her symptoms developed from a sharp “pain jabbing into the left eye” to “eye droop, facial numbness,” and “nerve damage.”

The effects have prevented her from attending family events and from travelling, she said.

Serkin explained that her experience is far from unique. She told Steyn that “most days” she receives messages from a support group she established for people who suffer injuries after taking a COVID jab.

“People are dropping like flies … All of our symptoms are so similar … It’s an endless list,” Serkin lamented.

Analyzing the collated information from her support group messages, Serkin said she was able to establish a pattern of what she called “vax attacks … that come with no warning,” beginning with a “day of fatigue which you may or may not notice,” followed by more severe effects.

As things stand, the U.K.’s Yellow Card reporting system, which documents adverse events suffered after taking pharmaceuticals and vaccinations in Britain, shows that between the three COVID jabs available to the British public, 1,490,271 injury reports have been lodged from 455,295 individuals following the shots, 2,132 of which have been fatal.

AstraZeneca stands out as the most dangerous, accounting for almost 54 percent of those injured.

Serkin stated that she filled out a Yellow Card report in April, shortly after suffering severe symptoms, and that she also filled in an injury form supplied by manufacturer AstraZeneca.

In addition, she said that her local GP [general practitioner] “filled in a form to AstraZeneca stating the long, long list of symptoms, nerve damage, and all the awful symptoms I’ve had.”

“She sent it last September,” Serkin said, but “has only ever received an auto-reply.”

The radio host said that she tried to follow up herself, calling AstraZeneca on two occasions, but “each phone call was frustrating: they said different things [on the second call] that weren’t what they said on the first phone call, and on the second phone call I just put down the phone in tears.”

Steyn remarked that AstraZeneca has been contacted for comment by GB News but that so far the company has refused to speak with the organization or have anyone appear on the show.

He suggested that mainstream media outlets, including the BBC, have maintained a “one-sided” editorial line on COVID-related matters that “has not moved on” from March 2020.

Serkin agreed, saying that she has been “disturbed” by the lack of media coverage regarding COVID shot injury reports.

She related that a local newspaper in Kent published a story about her health complications in May last year but has not followed up with her, despite the journalist asking to be kept informed of her situation.

“I think the media have been told to be quiet … They don’t want to hear another side,” Serkin stated.

In May last year, 44-year-old BBC radio presenter Lisa Shaw died as a result of blood clots following her first dose of the AstraZeneca jab, taken less than a month prior.

A coroner later confirmed that the shot was responsible for the broadcaster’s death, determining that she died from “complications of an AstraZeneca COVID vaccine.”

Shaw was admitted to University Hospital of North Durham after complaining of “severe” headaches. When a scan revealed she had venous sinus thrombosis, Shaw was transferred to the Royal Victoria Infirmary in Newcastle. There, the radio personality underwent a number of procedures as surgeons tried to relieve the pressure and bleeding on her brain, but surgery was ultimately unable to save her.

Pathologist Tuomo Polvikoski confirmed that Shaw had been active and healthy before taking the injection and was not known to have any underlying health problems, leading him to believe that a vaccine-induced blood clot as “the most likely explanation” behind her death.