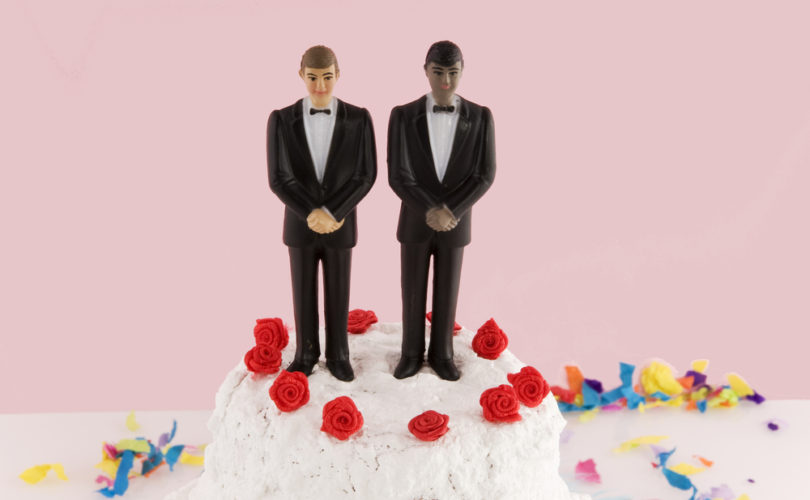 BELFAST, Northern Ireland, June 12, 2015 (LifeSiteNews) –The Christian owners of a Belfast, Northern Ireland bakery have decided to appeal a court ruling fining them $750 for refusing to bake a cake carrying a pro-gay-“marriage” slogan.

The McArthurs, who own the Asher chain of bakeries across the United Kingdom, a year ago politely refused to bake the cake ordered by Gareth Lee with the slogan, “Support Gay Marriage,” and Bert and Ernie figures from Sesame Street locked in an embrace.

Lee complained to the Equality Commission, which agreed the McArthurs had discriminated against him and took the family to court. It ruled against them last week.

Judge Isobel Brownlie dismissed any need to balance the family’s religious rights against Lee’s sexual rights, declaring, “The defendants are not a religious organisation. They are conducting a business for profit … notwithstanding their genuine religious beliefs.” Therefore, “the defendants have unlawfully discriminated against the plaintiff on grounds of sexual orientation. This is direct discrimination for which there is no justification.”

Earlier in the proceedings Asher’s general manager Daniel McArthur explained the bakery’s decision to give Lee, a gay activist, his money back and refuse the order, which would have been served at a dinner marking anti-homophobia day. “We cannot provide a cake that goes against what the Bible says about marriage.” He went on to express dismay that “a polite refusal would result in being dragged through the courts by a publically-funded body.”

Nonetheless, both he and his wife Amy said their faith had sustained them through the struggle, as had the support of people “around the world…of many faiths and of no faith.”

A week after the adverse decision, Simon Calvert of the Newcastle-based Christian Institute, which had supported them financially throughout, announced their decision to appeal. As he explained to Sky News, “There are very important principles not just for the Christian community but for everyone.”

Calvert said that the point that “seems to be lost” on Judge Brownlie was that the bakery had not discriminated against Lee but had “simply refused to be co-opted into someone else’s campaign.”

Calvert argued that the ruling would force Muslim or gay printers to publish material they found offensive. He said that after the verdict the McArthurs considered their options “carefully, prayerfully,” listened to legal advice, “and decided they do want to pursue the appeal.”

The appeal argues that Brownlie ignored provisions of the European Convention on Human Rights (ECHR) for religious freedom and erred in finding the McArthurs had discriminated against Lee because of his sexual orientation.