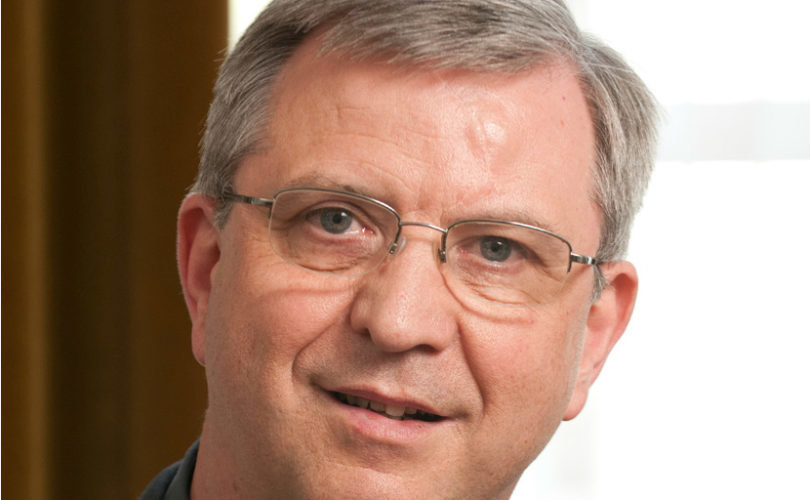 ROME, June 17, 2015 (LifeSiteNews) — A Belgium Catholic bishop pushing to have the Church offer “formal recognition” to homosexual partners has been approved by the Vatican to represent his country at the Synod on the Family happening this October in Rome.

Bishop Johan Bonny of Antwerp was not chosen to be a delegate at last year’s Synod. Instead, he wrote a 22-page open letter urging Synod Fathers to overthrow a doctrinal/natural-law approach to marriage and sexuality in favor of the primacy of personal “conscience.”

“Christian ethics needs more space to judge and decide than a static or apodictic engagement with the concept ‘natural law’ permits,” he wrote in his September 2014 letter.

Bonny suggested in his letter at that time that the present day legalization of “civil partnership and marriage between people of the same gender” offers the Church new “insights” concerning marriage and family life.

Bonny clearly stated his rejection of Church teaching regarding homosexuality in a December 2014 interview with Belgian newspaper De Morgen in which he called for ecclesiastical recognition of homosexual partnerships.

“Inside the Church, we must look for a formal recognition of the relational dimension that is also present in many homosexual, lesbian and bisexual couples. In the same way that in society there exists a diversity of legal frameworks for partners, there must be a diversity of forms of recognition in the Church,” he said at that time.

The 60-year-old bishop, who in 2009 was installed in the Diocese of Antwerp in the presence of various religious dignitaries including Cardinal Walter Kasper, has for his motto “The Lamb will be their shepherd.”

Belgium’s delegate to the Synod last year was Archbishop André-Joseph Léonard, described by pro-life-and-family advocates as a “courageous defender” of Catholic moral teaching. Following the rules of Canon Law, Archbishop Léonard submitted his resignation to the Vatican in May when he turned 75. His resignation was speedily accepted in less than a month.

Voice of the Family, an international group of Catholic laity from major pro-life/pro-family organizations, critiqued Bishop Bonny’s proposals as a “radical” departure from the Church’s approach to human sexuality. The group is concerned about the growing number of Church leaders involved with the Synod who formally reject Catholic teaching.

But the views of the above Synod Fathers will be fiercely combatted by other Synod Fathers — especially those from Africa, Poland, and America — who are known to stand fully behind the Church’s doctrinal teaching on the nature of marriage and sexuality.

Polish Archbishop Henryk Hoser, who was also announced yesterday by the Vatican as a delegate to the Synod, has predicted the Synod will be the battle ground for a major “confrontation” between bishops faithful to the Church and John Paul II and other prelates who are in open rebellion against the Church’s clearly expressed sexual teaching.

In February Archbishop Hoser issued a stern rebuke to his fellow bishops outside Poland whom he said “betrayed Pope John Paul II” at the last Synod by failing to support marriage and calling for divorced Catholics to be given Holy Communion.