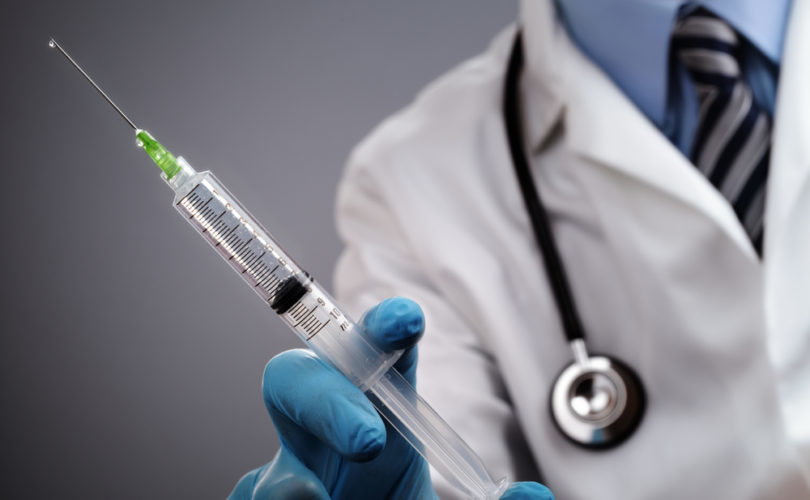 BRUSSELS, Belgium, June 16, 2015 (LifeSiteNews) — A new report about “end of life” practices in Belgium, published by the British Journal of Medical Ethics, reveals alarming statistics about one of the first nations in the world to legalize euthanasia.

While euthanasia is on the rise in Belgium, and especially so in Dutch-speaking Flanders, the practice of “intentionally shortening lives of patients without their explicit request” is also widespread. New guidelines are giving more and more power to physicians to refuse “futile” care and to shorten the dying process in terminal palliative care by giving sedation to that effect.

In 2013, 1.7 percent of all deaths (more than 1,700) were the result of the “use of life-ending drugs with the intention to shorten life and without explicit request” – slightly down from 2007 (1.8 percent) and about half of the percentage registered in 1998 (3.2 percent). This was before euthanasia was made legal in 2002: at that time, in Flanders, over 5 percent of all deaths resulted from the use of life-ending drugs administered without the patient’s request.

The number of unsolicited “involuntary euthanasia” acts, as the report calls them, seems to have decreased, but has it really? As the report remarks, since euthanasia has become legal doctors are better prepared to discuss the issue with their patients, thereby resorting more often to voluntary euthanasia. Other techniques are being used more frequently, such as “palliative sedation.” And, thirdly, “physicians may not always be well acquainted with the labeling of all the medical practices at the end of life.”

In other words, the apparent decrease in what we might call “medically hastened death” may not reflect the truth because doctors do not realize that they are deliberately shortening their patients’ lives. In the same way, “palliative sedation,” which in principle does not involve shortening of life, is an ambiguous concept when associated with the withdrawal of food and fluids.

The report is the result of a research project on euthanasia in Belgium initiated in 2003 by Raphael Cohen-Almagor, professor of politics and international studies at Hull University in the United Kingdom, just one year after so-called “mercy killing” at patients’ request became legal.

Close on two weeks after the report’s publication, despite the fact that it was commented upon in the British tabloid press, no mention of it is to be found in the Dutch or French-speaking mainstream media in Belgium. Only a few conservative or Catholic alternative news sites picked it up in France. This does not appear to be news in Belgium.

The results of Cohen-Almagor’s study are nonetheless alarming. When Belgium imitated its northern neighbor, the Netherlands, in deciding that terminally ill people who are suffering unbearably should be allowed to ask for euthanasia – and even non-terminally ill persons such as quadriplegics – the whole point of the law was to respect patient autonomy and to act according to their “free will.”

In Belgium, the euthanasia law has been interpreted more and more loosely, giving scope for the killing of depressed, the handicapped and even those who are simply tired of living. Belgium’s “slippery slope” is somewhat different from that of the Netherlands, where euthanasia is increasingly being granted to people who are on their way to becoming demented and slowly being extended to the demented or those who are incapable of making an informed decision who left explicit living wills to that effect. In Belgium, request and consent must be expressed in writing and this obviously excludes those in coma or those who are demented.

Cohen-Almagor’s study shows that of the people whose death is currently being hastened through medication, more than half are over 80 years old, more than two thirds have an illness other than cancer, and over two thirds are in hospital. In 77.9 percent of cases, the decision was not discussed at all with the patient; in 70.1 percent of those cases, because he or she was in coma, while the “dementia argument” is being resorted to increasingly: 21.1 percent in 2007.

This means that doctors in Belgium are taking decisions about ending the lives of their patients into their own hands when they themselves decide that an agony has gone on long enough and also, to use the quote reported by Cohen-Almagor, when they want to “facilitate” the death of the “terminally ill, demented and inhumanly deteriorated patient.”

In other words, this designates patients who are considered no longer fit to live.

According to the report, doctors in Belgium are acting on the grounds of “compassion” in “futile medical situations.” But Cohen-Almagor does point out how difficult it is to define when a situation is “futile,” and to estimate how long a patient actually has to live, whereas Belgian doctors who admit having resorted to the deliberate shortening of lives through this form of “involuntary” (and illegal) euthanasia are prepared to state that on average, they have shortened their patient’s life by one week or more in 6.4 percent of cases.

The report observes that “deliberately ending the lives of patients without their request is taking place in Belgium more than in all other countries that document such practices, including the Netherlands,” a fact that Cohen-Almagor judges to be “worrying.”

While the practice appears to be receding, respect for life at its most fragile is certainly receding at the same time as acceptance of euthanasia has become mainstream. The Belgian Society of Intensive Care Medicine issued a statement in 2014 placing the “responsibility” of end-of-life decisions on the intensive care physician. While the doctor is expected to seek a “consensus” with the patient’s near and dear ones “the final decision is made by the care team” who should discern whether the patient has “no prospect of a ‘meaningful recovery,’” whatever that may mean. There is no question of what the patient’s desire may be.

And so euthanasia, which was legalized in order to respect patient autonomy, has made physicians comfortable with the idea of hastening death and patient autonomy might very well be on its way out.

As to the report, it observes that acceptance of euthanasia amid Belgian medical professionals “has increased from 78% in 2002” to over “90% in 2009”. “Social and peer pressure makes it difficult for those who oppose euthanasia to uphold their position in the liberal culture that has been developing,” it says. And that is perhaps one of the most worrying points of all.