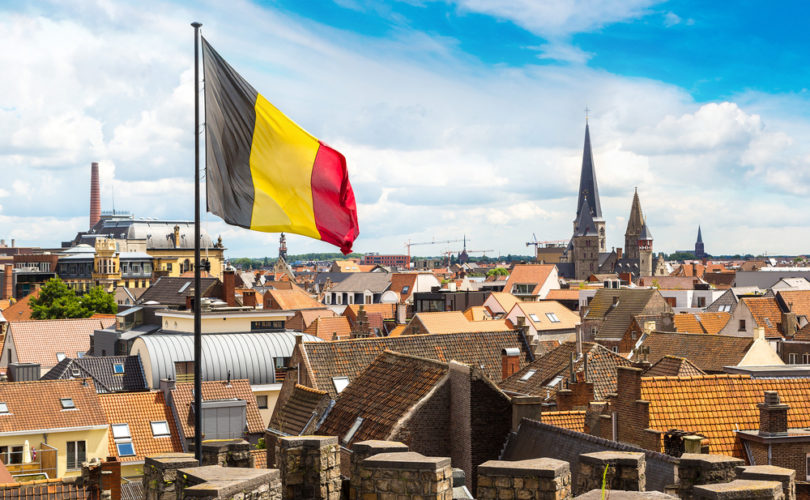 March 31, 2021 (LifeSiteNews) — An interim relief judge caused a bombshell in Belgium this Wednesday with a ruling that declared all present COVID restrictions in the country illegal, ordering the Belgian government to retract them within thirty days.

Should the government not comply by that period, it will have to pay a daily penalty of €5,000 euro (nearly $6,000), limited at €200,000. While such a sum would probably not deter the government, the ruling is in itself a scathing disavowal of COVID regulations that are totally beyond the control of the Belgian parliament. In substance, it makes clear that present restrictions have been imposed with total disdain for the rights of the people and their political representation.

While it is highly improbable that restrictions will actually be lifted because of an obscure summary tribunal in charge of emergency rulings when obvious illegality is afoot, the decision is an obvious headache for the Belgian government. Interior minister Annelies Verlinden cautiously told the press that she was still “examining” the text.

The ruling will probably be appealed by the Belgian administration, but it will remain enforceable even in that event.

A second difficulty will be faced by the executive regarding the implementation of fines and other penalties for disregard of the COVID-rules: How can a citizen be sanctioned for refusing to execute some regulations without legal grounds?

The Brussels tribunal was seized three weeks ago by the French and Flemish-speaking sections of the League of Human Rights (Ligue des droits humains, Liga voor Mensenrechten), in order to obtain a ruling that would confirm that elected political representatives should have been consulted before putting stringent limits to personal freedoms and liberties, as has been the case for over a year in Belgium.

The Belgian executive invoked three laws as grounds for measures such as lockdowns, store closures, curfews, severe limits on meetings between members of different households, banning of public worship, and so on. The main law presented as legitimizing the restrictions dates back to 2007: It was passed at the time in the name of civil protection in emergencies, following a gas disaster in Ghislenghien, in order to allow forced evacuation of dangerous zones and faster intervention of security forces and firefighters.

The Brussels tribunal found that such a law does not have much to do with the present situation in Belgium. Both lawyers of the Human Rights leagues, Audrey Lackner and Audrey Despontin, argued that the very first coronavirus measures imposed one year ago could conceivably be considered as so urgent that the 2007 law could be used to justify them. But they underscored that it is impossible to speak of a similar “emergency” with regard to a health crisis that has been ongoing for more than twelve months. Using a law made types of crises that are quite different, they said, was “merely an excuse” to avoid parliamentary debate.

Commenting on the victory, Olivia Venet of the Ligue des droits humains stated:

What we have been asking for since the beginning is a parliamentary debate, a public debate, so that the decisions that are taken in the context of the pandemic are taken in a transparent manner with the confidence of the citizens.

One of the questions that arises now is the validity of the criminal sanctions attached to these measures and the possibility of prosecuting violators of the measures. The legal basis having been declared illegal, it seems complicated to me to continue to prosecute criminally.

It’s not that the measures have ceased to exist today. It’s not that they shouldn’t be respected. Of course, it makes sense to respect them. But one of the things we’ve been arguing for since the beginning is that these measures should not have criminal sanctions attached to them. Citizens are smart enough, responsible enough and supportive enough to enforce these rules without criminal sanctions. Nobody wants to catch the coronavirus, nobody wants the pandemic to spread and nobody wants the hospitals to be saturated.

Her Flemish counterpart, Kati Verstrepen, made clear that the consequences of the ruling are “not so dramatic” for the government: “It has been given 30 days to find acceptable legal grounds” for the restrictions: “It’s not as if from one day to the next not a single rule will stand.”

However, it will not be easy for the government to find a way to justify all COVID restrictions in such a short time. As it happens, the Belgian parliament is to examine a new “pandemic law” these coming weeks, in order to create a permanent legal frame for future health crises. But the final draft of the law is not even ready, and it is not at all certain that the future law will apply to the present situation.

At present, Belgium is registering a steady average of some 30 deaths attributed to COVID per day, way down from the November high of about 200 daily deaths, but “cases” are going up, and fearmongering with them.

Restrictions were stepped up last week because of pressure on hospitals. “Non-essential” stores may only serve customers with an appointment and large stores may only accept 50 customers at a time; non-medical “contact” professions such as hairdressers have been obliged to close. Meeting people outside the household must still happen outside, but their number has been pulled back from ten to four. A curfew is still in place between midnight and 5 a.m., and travel to and from the country has been severely restricted.

This is the ‘accident waiting to happen’ that the government closed its eyes on … Prime Minister De Croo stated on January 31 in De Zevende Dag that he did not want to add any extra uncertainty, especially a legal uncertainty. How bitter those words sound today. This government has played with fire in implementing its corona measures although they had been warned, pretty much week after week, in parliament, the institution that this government thinks should not really play a major role. By providing a 30-day period, it’s the judge who is saving the government from total chaos, but the political damage is huge.