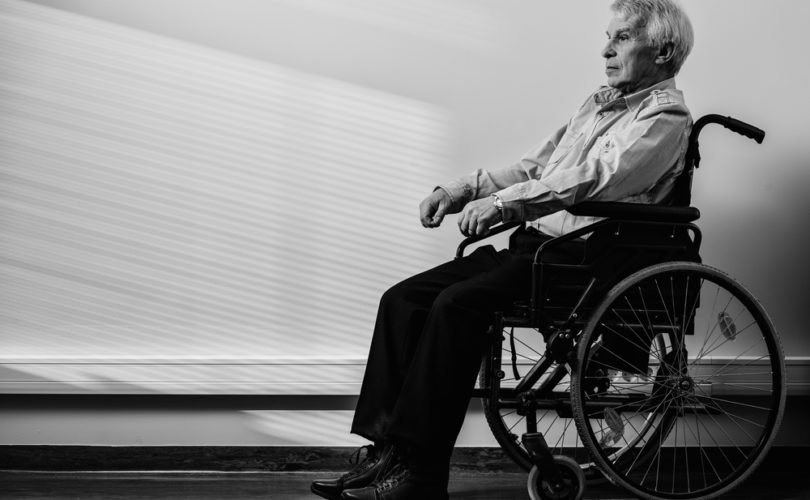 BRUSSELS, Belgium, August 16, 2017 (LifeSiteNews) – The former European Council president took a shot at papal authority on social media last weekend, inferring that Pope Francis should not have input on whether a Belgian Catholic religious order allows its hospitals to euthanize patients.

“The time of ‘Roma locuta causa finita’ has long been over,” Herman Van Rompuy tweeted in Dutch on Sunday.

The phrase ‘Roma locuta causa finite,’ is Latin for “Rome has spoken, the case is closed.” It originates from an early fifth-century statement by St. Augustine and references the ultimate authority held by the pope.

The tweet was in reply to canon law professor Kurt Marten’s tweet publishing the list of trustees for the Belgian Brothers of Charity, showing Van Rompuy serves on the Board.

The Board made the controversial decision to allow euthanasia in its hospitals earlier this spring. Composed primarily of lay people, the Board is connected to the Brothers of Charity religious congregation though still separate.

The Brothers of Charity Group has not yet responded to a Vatican demand to reverse the policy allowing euthanasia, according to the Catholic Herald, and Van Rompuy’s tweet may signal resistance.

The Catechism of the Catholic Church states that euthanasia “is morally unacceptable” and “constitutes a murder gravely contrary to the dignity of the human person and to the respect due to the living God, his Creator.”

Van Rompuy, the former Prime Minister of Belgium, was the European Council’s first head from 2009 to 2014. The Council defines the European Union's overall political direction and priorities.

After the Board of Trustees’ decision, a statement posted in April indicated the Brothers of Charity Belgian region, which operates 15 psychiatric hospitals serving some 5,000 patients, would offer euthanasia to non-terminally-ill psychiatric patients who request it.

Euthanasia has already been committed on numerous psychiatric patients in Belgium, MercatorNet reports, but with the Board’s decision it will become easier to attain for individuals with schizophrenia, personality disorders, depression, autism, or loneliness.

Further, the report said, it would now be difficult to find an institution in Belgium that does not offer euthanasia. And nursing homes and hospitals resisting euthanasia have already been under pressure since a court fined a Catholic nursing home €6,000 last year for preventing a resident from accessing euthanasia.

He also communicated with the Belgian Bishops conference and the country’s Nuncio on the matter, and notified the Vatican.

The Vatican then began an investigation headed by Vatican Secretary of State Cardinal Pietro Parolin. Belgium’s Catholic bishops subsequently spoke out against euthanasia in a May 23 statement.

In a decree issued at the beginning of August, Pope Francis gave the Brothers of Charity until the end of the month to stop offering euthanasia to psychiatric patients.

Brothers who serve on the board of the Brothers of Charity group must each sign a joint letter to their superior general affirming they “fully support the vision of the magisterium of the Catholic Church, which has always confirmed that human life must be respected and protected in absolute terms, from the moment of conception till its natural end.”

Brothers refusing to sign the letter will face canonical sanctions, and the group will face legal action including possible excommunication should it fail to change the policy.

Brother Stockman told Catholic News Service the ultimatum drafted by the Congregations for the Doctrine of the Faith and the Institutes of Consecrated Life and Societies of Apostolic Life — the two Vatican body’s conducting the investigation into the euthanasia policy — has Pope Francis’ backing.

Belgian bishops and the nuncio to Belgium were made aware of the ultimatum as well.

Brother Stockman also told Crux regarding Van Rompuy’s tweet that he has “no idea what was his intention in putting that on Twitter,” and for that reason he couldn’t comment further on this matter.