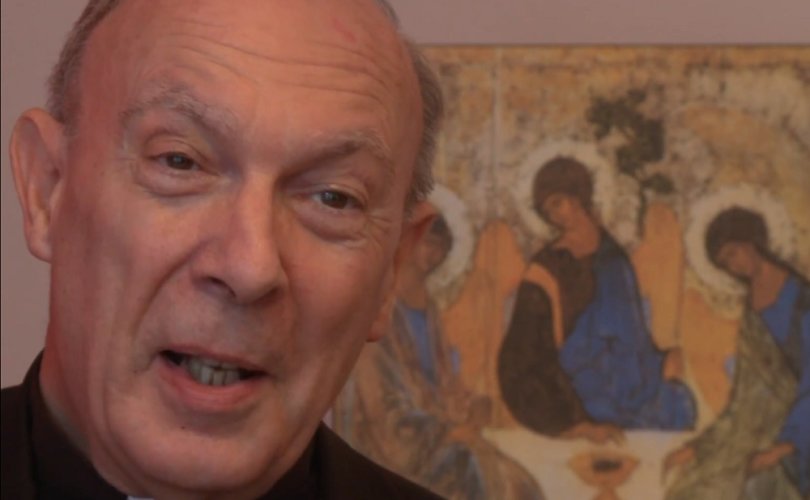 January 17, 2020 (LifeSiteNews) — The former primate of Belgium, Archbishop André Léonard, has issued a strong appeal to his “brother bishops,” asking them to join the pope emeritus’s and Cardinal Sarah’s “supplication” to Pope Francis not to create “exceptions” to the principle of priestly celibacy.

The archbishop emeritus of Mechelen-Brussels made his appeal in an open letter published on Friday by the French Catholic bimonthly, L’Homme nouveau, arguing that neither he himself nor Pope Benedict is “interfering” or “failing” their duty of discretion when expressing “theological and pastoral convictions.”

Archbishop Léonard does not only invoke the issue of priestly celibacy, which is at stake in view of the upcoming apostolic exhortation that Pope Francis is expected to publish shortly as his own conclusion to the Amazon Synod. Instead, Léonard lists a number of “ambiguities” related to acts, writings, and declarations by the present pope, ranging from the possibility for divorced and illegitimately remarried Catholics to be allowed to receive absolution and Holy Communion to the statement in the Abu Dhabi Declaration that God “willed” the diversity of religions.

“It is not enough orally to correct the ambiguity of this formulation,” wrote Léonard.

He went on to regret the further “ambiguities” related to “a form of veneration” of the Pachamama at the Amazon Synod, hoping that the upcoming post-synodal exhortation penned by Francis will “dispel” those ambiguities.

In bringing his full support to Cardinal Sarah and the pope emeritus, which he hopes other bishops will share, Archbishop Léonard called on another example by which he created a parallel between their supplication and the formulation of “dubia” by four cardinals about Amoris Laetitia and its “ambiguous aspects.” He does not explicitly recall that those “dubia” never received an answer from Pope Francis.

Clearly, Archbishop Léonard hopes to impulse a wider movement of respectful interpellation of the pope in the hope of preventing any liberalization of the rule of celibacy for priests in the Latin Church.

Below is LifeSite’s full translation of Archbishop Léonard’s appeal, which was originally written in French.

As archbishop emeritus of Mechelen-Brussels, I refrain from any interference in the government of the dioceses of which I was pastor, Namur and Brussels. But I remain a bishop and as such can express doctrinal or pastoral convictions, even if they may differ from one or the other position of my former work colleagues.

Even if the thing is new and of infinitely greater impact, a pope emeritus, Benedict XVI in this case, can similarly legitimately collaborate on a book planned by a cardinal and, in consultation with him, express his theological and pastoral convictions without failing in his duty of discretion. He does not necessarily express himself in it as the successor of Peter, and his position has no magisterial authority. But his word is nevertheless of very great weight.

His active contribution to the book planned by Cardinal Sarah is in no way an “attack” on Pope Francis. Neither Benedict XVI nor the cardinal criticizes his successor. They address a “supplication” to him in a filial spirit, without taking anything away from their obedience to the present pope. They do this exactly like four cardinals who addressed themselves to Pope Francis, asking him in filial spirit to dispel their “dubia,” their “doubts,” their perplexity, concerning certain ambiguous aspects of chapter VIII of the exhortation Amoris Laetitia — namely, those that touch on the indissolubility of a valid sacramental marriage, with its repercussions regarding access to the sacraments of reconciliation and Eucharistic communion when one finds oneself in a permanent situation of conjugal cohabitation with a partner who is not one’s spouse “in the Lord.”

Other ambiguities arose later. It is perfectly relevant to answer a journalist’s question by stating in substance: “If a homosexual person sincerely seeks to do God’s will, who am I to judge him?” But since it is not clear what this will of God consists of and what the moral consequences are, public opinion wrongly assumes from this ambiguous answer that homosexual practices are now legitimated by the Catholic Church. This is not true.

Similarly, when one signs a joint declaration, with a senior representative of Islam, suggesting that the diversity of religions corresponds to the “will” of God, it is not enough orally to correct the ambiguity of this formulation (the published text remaining unchanged) by saying God simply  “permits” this diversity. It should also be positively stressed that interreligious dialogue cannot undermine the absolute uniqueness of Christian Revelation, in which the one and triune God offers us His saving love in the person of Jesus. This does not preclude hailing “semina Verbi” (seeds of the Word of God) or even “reliquia Verbi” (remnants of the Word) in religions other than Judeo-Christianity.

Other ambiguities were introduced in the recent Synod on Amazonia, notably concerning a form of veneration of the “Pachamama,” of Mother Earth. However, on this point we must await the publication of the post-synodal exhortation. It is to be hoped that Pope Francis will dispel the ambiguities of this synod.

One of these ambiguities concerned precisely the question of priestly celibacy in the Latin Catholic Church. In this regard, in communion with many other bishops, whom I fraternally invite to express their firm position as well, I fully agree with the plea that Cardinal Sarah, in close consultation with Benedict XVI, addressed to the Supreme Pontiff. Our hope of being heard is great, since Pope Francis has clearly declared his attachment to priestly celibacy in the Latin Church. But, even so, he is considering exceptions…which, alas, as in other matters, are rapidly universalized!

The petition expressed in the book in question is therefore timely and urgent, and perfectly legitimate. One must never “attack” the pope. On the contrary, we must always respect his person and his mission. But sometimes it is a duty, and it is always permitted, to 'implore' him and to ask him for 'clarifications.' This is what we are doing.”