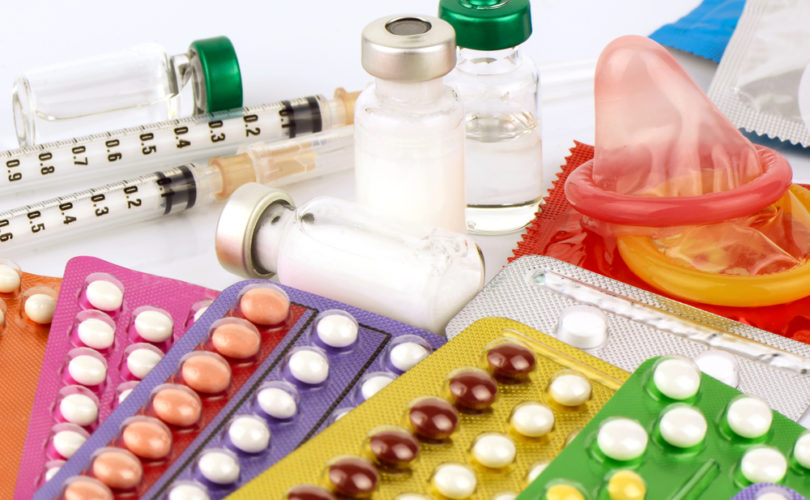 January 23, 2019 (LifeSiteNews) — The president of the Flemish Socialist party Socialistische Partij Anders (sp.a) has caused a media uproar in Dutch-speaking Belgium with his proposal to “prevent some people, at least for a time, from having children.”

In a lengthy interview with Humo magazine, John Crombez said certain parents should be obliged to use contraception in order to “protect” children from being born and coming into the world under particularly difficult circumstances.

While his idea has been met with skepticism and anger, even from some of his own party members, Crombez is a sufficiently important enough figure in Belgian politics – his party represents about 10 percent of Flemish members of Parliament – not to brush his comments aside as irrelevant.

Crombez has already received support from Valerie Van Peel, a member of Parliament for the nationalist liberal-conservative New Flemish Alliance (N-VA), the mainstream party that has the largest number of seats in the Federal Chamber. At least one prominent Flemish political columnist, Liesbeth Van Impe, commented that the issue is an extremely sensitive one but worthy of a debate.

Crombez’s suggestion finds its origins 30 years back, when as a schoolboy, along with a teacher, he met with children from dysfunctional families who had been taken into the state’s care. He has always worked with difficult youngsters and has complained about the insufficiencies of the public safety net that leaves them without help once they've turned 18 – even when they risk falling into forced prostitution.

When he described this situation in the interview to journalist Raf Liekens, the question arose immediately: Are some people unsuitable for parenthood?

“If you listen to workers who tell you the story of babies born with an overdose, because they received too much filth through the umbilical cord, you no longer have any doubts,” Crombez said. “These children find themselves having to detox in an incubator screaming with pain. Some drug addicts have brought three children into the world. Society can't accept that any longer. I think that protection of the child must come before the rights to parenthood. Certain people should be stopped, temporarily, from having children.”

The solution, he says, is to give them contraception in order to work preventively, not to say that a woman who is pregnant shouldn't have been allowed.

In a later interview in De Ochtend, Crombez made clear that in his opinion a family court judge should have the capability to take that sort of action. He suggested that such solutions are already possible in the Netherlands, where family court judges are allowed to take decisions relating to the protection of the unborn child. However, compulsory contraception is not one of them, and Dutch medical doctors have made clear that they would not agree with such a possibility.

Interestingly, asked whether compulsory contraception is possible in a “Christian society,” Crombez told Humo: “Aren’t abortion and euthanasia also allowed today? It's time for a debate: the misery is too big. Not a single good Christian can turn a blind eye to it.”

It is true that compulsory contraception would just be another step on the slippery slope of transgressions, and that abortion and euthanasia should in fact never have been accepted in a “Christian society.” And while the present debate in Belgium is focused on the personal liberty to have or not to have children, no one is stating the obvious, from the Catholic point of view: contraception is in itself a grave evil and it is morally unacceptable to force people to commit grave evil – even if their own lives do not wholly conform to natural and divine law.

Several liberal-conservatives have approved Crombez’s suggestion, albeit with some bitterness. Sarah Smeyers (N-VA) complained that the Young socialists vehemently criticized her own proposal to impose contraception on poor families; a month later, the president of the Flemish socialists is going even further, she observed.

Valerie Van Peel (N-VA) wholeheartedly supported Crombez, explaining that the subject has remained taboo for too long. Quoting the example of children born with drug addiction, she said: “We should do everything to prevent such harrowing situations from continuing to exist.”

Encouraging some people to contracept is already the first step in her own conscription. In Kapelle, women drug addicts are urged to go on the pill or to have an intrauterine device inserted, with all costs paid by the community.

“We refund the operation and if necessary, we even make all the appointments. Each time we meet them for support we raise the issue. Too many social workers still consider that to be out of bounds,” she said.

If Van Peel had her way, she would go further. She suggests that use of contraceptives could be linked to reducing penal sentences or be used as a condition to grant probation for people convicted of child abuse.

“May I ask our president what the next steps would be? What if contraception fails – would we then also be for compulsory abortion?” he asked.

Admitting that some babies come into the world in “terribly vulnerable situations,” she said that she is personally “worried for the little child growing in a tummy full of dangers and for the implications of pregnancy on the future mother and her health.” But she's also worried that children of drug addicts will from now on be presented as “unwanted.”

Verlinden is not an opponent of contraception, but she does realize that profound issues are at stake. “Perhaps the idea is to extend the debate to compulsory euthanasia when you are living in a hopeless and vulnerable situation? No, dear president, you've got it wrong. To invest in people is to put every form of dignity first.”

The president of the bioethics committee of Belgium, Michel Dupuis of the Catholic University of Louvain, commented that Crombez’s proposal does not take personal liberty into account. He added that the question of compulsory contraception would lead to a “high-stake debate”: “At the level of society, the government or a political regime, one can have even more radical ideas: when you don't have the capacity, the autonomy, or a good enough IQ, you shouldn't be allowed to have children. One isn’t far from saying that families where parents aren’t the right race of the right nationality or in the right tax bracket shouldn't have the right to have any children either. (…) I don't think society has a right to have the last words on individual decisions.”