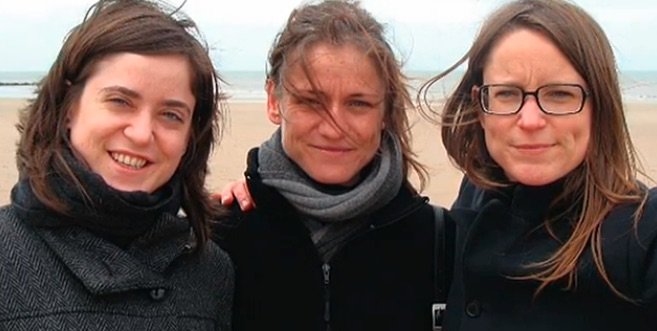 February 5, 2016 (LifeSiteNews) – Lotte and Sophie Nys will never forget the day their sister, Tine, told them she wanted to die. It was on Christmas Eve, 2009, somewhere in Belgium. She was 37 years old, and deeply unhappy. Tine had been living together with a boyfriend, but the relationship had gone wrong. Old wounds were opened: she had had psychiatric problems during her youth and once again, she was feeling unwanted and unloved. She told her parents and sisters that she wanted euthanasia.

In Belgium, euthanasia is legal in case of incurable psychiatric suffering: Tine thought she had the right to die. Four months later, on April 24, 2010, the young woman was legally killed by her doctor, in the presence of her father, her mother and two sisters. It was an act of “perverse” cruelty, her sisters say.

At the time, a close friend living in America wrote an internet epitaph on the young woman, thanking her for having been a loving Godmother to one her five children, remembering how Tine had been hoping to marry and have children of her own, wondering also what could have gone wrong and why she never called. “Did you know I would have stopped you?”

Nearly six years later, Lotte and Sophie decided to go public with their story of anger, regret and failure to understand. Why did Tine want to die? Why wasn’t she helped over her depression and despair? Why did three doctors give the go-ahead for her death when obviously all had not been done to try to give hope to the physically healthy young woman? Even by Belgian standards – and they are notoriously and increasingly lax – the story of Tine’s death is a scandal. Politicians and psychiatrists alike are already saying the law must perhaps be changed or implemented and monitored more carefully. The slope was a bit too slippery this time.

The two Nys sisters gave witness to their sad story on a news program on Belgian television, “Terzake”, this week. Together, they remembered the flippancy and nonchalance of the euthanizing doctor. Already, their testimony has caused debate in the Belgian press.

The two sisters are not opposed to euthanasia: in Belgium, after years of media pressure, the point has been reached where the general population is fuzzily convinced that “mercy killing” is a good thing when it puts an end to agonizing suffering at the end of life. There was no anger about a series of euthanasia cases involving mentally ill, or depressed people, married couples who did not want one partner to outlive the other, a woman who was afraid of going blind all obtained the right to die… Media coverage was not indignant. Consciences have become gradually numbed.

With Tine, a charming woman who had not been under treatment for over fifteen years, the story was different. Once she had decided to die, she apparently “shopped around” to find willing doctors. One to perform the euthanasia, two others to confirm his judgment that all the criteria of the law had been met – including a psychiatrist. Very soon after Tine’s death, her family was to learn that the doctors had not conferred together about the patient’s state of mental health.

They also realized that Tine’s original psychiatric issues would not have justified her killing. She obtained a new diagnosis two months before her death: Tine, it said, was “autistic.” This was deemed sufficient to organize her euthanasia. Tine’s family have obtained no answer as to why no medical help was offered to the young woman following that diagnostic they all find so strange.

Hours before the scheduled euthanasia, one of her sisters told “Terzake,” Tine phoned in a state of great distress. “I don’t dare, I can’t do it,” she said. Her sister remembers: “I couldn’t console her: it was the only thing I wanted to hear, that she wouldn’t go ahead! Four hours later, when we went to her, that fear had completely disappeared. But I can surmise that she took some sort of medicine, something that no-one can have controlled at that moment.”

The act itself was disastrous. “The doctor was quite nonchalant, to put it lightly,” Tine’s elder sister remembers. It was the first time he met the family. His “introduction,” she said, was “unbelievable.” He gave the example of a dear pet that is suffering: “You would put it down too,” he said.

He wasn’t even properly equipped to perform a euthanasia by injection. Having nowhere to hang the infusion bag he placed it on the edge of the armchair where Tine was reclining. She was already dying when the plastic bag fell on her face, startling her. The doctor had no plasters to fix the needle on Tine’s arm: he asked her father to clamp it down during the whole process. He did so with “trembling knees,” Tine’s elder sister recalls, her voice breaking. Her younger sister picked up the narrative. Once Tine was dead, the doctor asked her father and mother to check through a stethoscope whether they could still hear a heartbeat, to make sure. It was “unbelievably perverse,” said one. “Inhuman,” added the other.

Very soon after the procedure, Tine’s family went to see the three doctors who had approved her euthanasia, taping their conversations. One said he would have “preferred” for her to decide otherwise, but “it was her decision.” “But I am a bit angry at the doctor who gave her the injection,” he added. Things had gone too fast. “Maybe we need an urgent debate,” he said. “Maybe there should be some sort of brake for people who technically like to do it.”

Tine’s family was not satisfied. They went to the Belgian euthanasia commission which checks all acts after the fact in order to see whether all the legal and medical conditions have been met. All euthanasia acts are supposed to be reported within four days by registered letter: at the commission, no one had a file regarding Tine’s death. The family complained to the doctor who had given the lethal injection: he told them it was “probably through negligence.”

When the euthanasia commission eventually did receive the report, Tine’s death was assessed and found to be “in compliance with the law,” despite the fact that she had not been offered treatment for her supposed autism and that the choice to die was purely “her decision.” The commission was content with the fact that three doctors had approved it.

A judicial complaint against the three doctors is still ongoing.

Joris Vandenberghe, member of the board of the Flemish Association for Psychiatry reacted with concern: “This is very disturbing,” he said. “The time following a request for euthanasia is legally set at one month at least. But in fact in such a case even a year would be still be short.” He went on to say that in mental cases the bar should be raised higher: “The euthanasia law is mainly intended for people who are terminally ill. Here we have people who are suffering mentally. Wouldn’t a previous assessment make sense, where the commission discusses such a case’s merits before the act?”

Christian Democrat senator Steven Vanackere has reacted to the story asking for the Belgian euthanasia law to be amended: “The present law does not have enough safeguards for extreme cases,” he said, adding that those who implement it “with negligence also benefit by its protection.”

Liberal senator Jean-Jacques De Gucht, on the contrary, thinks the law is good enough. He is confident that doctors decide “in conscience” – besides, “it is always the patient who makes the decision.”

While Tine’s case has triggered some form of opposition to the Belgian euthanasia law, not even the Christian Democrats are questioning the legitimacy of legal killing – even in cases of vulnerable mental patients. Vanackere’s main suggestion for changing the law is to require more than three doctors to approve euthanasia in that context, with compulsory treatment.

A representative of the center-right party MR even accepted that the debate about euthanasia be reopened, so long as the legal requirements for living wills are eased up and a new reflection begins on extending the law to neurodegenerative diseases.

On Thursday evening, the Flemish daily De Standaard said the doctor who performed Tine Nys’ euthanasia has been accused of sexual abuse by two patients.