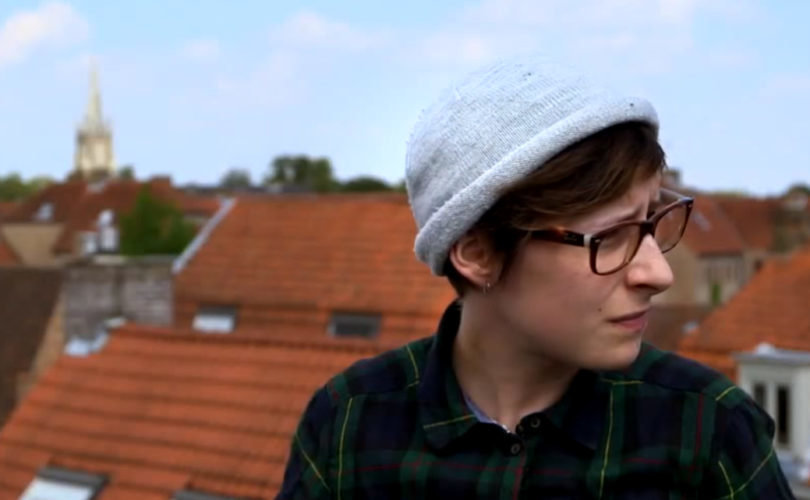 LONDON, November 16, 2015 (LifeSiteNews) – A just-released documentary about a deeply depressed 24-year-old Belgian girl called Emily who won approval for assisted suicide this summer ends with her surprising last-minute decision to keep on living.

“This proves our case, that this girl needed the opportunity to change her mind, not help ending her own life,” Alex Schadenberg, the executive director of the Euthanasia Prevention Coalition, based in London, Ontario, told LifeSiteNews. Schadenberg’s organization gathered 12,500 signators on a Letter of Hope that was sent to the girl’s psychiatrist, Lieve Thienpont.

“24 and Ready to Die,” was produced by the Economist, the British news service that proclaims in the news release announcing the film’s release that “Our liberal values and respect for human dignity mean that for this paper, doctor-assisted dying is a cause worth championing.”

Emily (who was known as Laura when authorities granted her request for an assisted suicide this summer) visibly cheers up as the fatal appointment nears. The filmmakers argue that this is because death promises relief from suffering. But in the end she cancels the injection, and while declaring that she would still rather not be alive, says she is not willing to die yet.

Because such changes of heart are not uncommon, the film argues, “Belgium’s controversial decision to give people like Emily the right to die has given some of them the chance to live.”

The 21-minute film lingers long on Emily’s distraught face, as she describes her many suicide attempts, her frequent superficial wrist-slashings (not failed suicides but crude efforts to relieve mental pain and fight “the monster living behind my ribcage”).

It follows her through the two-year approval process with doctors at the euthanasia clinic, records a disturbing interview with her mother, who clearly disagrees with her plan; and it show her doctors dispassionately briefing her on her final moments of life and her death by fatal injection.

Finally, it shows her with her two best friends discussing her funeral only a week before her scheduled demise finally cracking a smile as they tell her how much she means to them, and still hope she will change her mind.

Amy Hasbrouck, the Ottawa lobbyist for Not Dead Yet Canada, which defends those with disabilities against euthanasia, or what she labels medical discrimination, was struck by Emily’s self-absorption. “She is only looking at her own belly button. She does not seem to be involved with other people. She doesn’t even have a pet to be responsible for.”

Hasbrouck continued: “I have a problem with depression too, which I take medication for, but it’s not working too well right now and I get what Emily is feeling. I couldn’t go on if my life didn’t have the meaning that working to protect other people with disabilities gives it.” She added, “It’s unfortunate that more therapists don’t tell people with depression to stop looking at your navel and go and help others.”

Hasbrouck said she doubted that the imminence of death cheered Emily up. “It was the support of her friends that produced that reaction.”

Schadenberg wonders if the Letter of Hope actually reached Emily in the end and that caused her change of heart. “The message I took from all the email responses we got because of the letter is how common her feelings are. Everyone was saying, ‘I feel exactly the same thing or ‘I did feel exactly like you,’ and sometimes it was for more than 10 years, but all these people were telling Laura or Emily as we now know to call her to hang in there. It does get better. Life will be worth living.”

Schadenberg also noted Emily was suffering from “suicidal ideation”—a preoccupation with the act itself. Belgium’s law legalizing assisted suicide and the lengthy process  of approval, could only “reinforce” Emily’s suicidal ideation.

One of the film’s many Youtube commenters, one “Simon Wong,” makes the same point, “Talk about (a) 1st World problem taken to the extreme. While there are millions in 3rd world countries doing everything they can to survive despite where they are, we have people in the 1st world, wanting to kill themselves because they're ‘mentally suffering.’”

Fellow commenter – and sufferer from depression – “Gin Pitter” is more gentle but still critical of Emily’s self-absorption. “This (film) opened my eyes to the grief I've put friends and family through. The pain in Emily's mother's voice, in her quiet acceptance of the situation is what got to me most. Hearing her daughter talk about her feelings of emptiness, seeing the look of hopelessness in her friends' eyes. As someone who has been depressed for the majority of my privileged life, this video demonstrates how a depressed person can take so much love and support for granted even if they don't mean to.”

Doctors agreed to euthanize this depressed woman. Moments before her death, everything changed.

Belgium doctor kills woman for being depressed, son not informed until next day