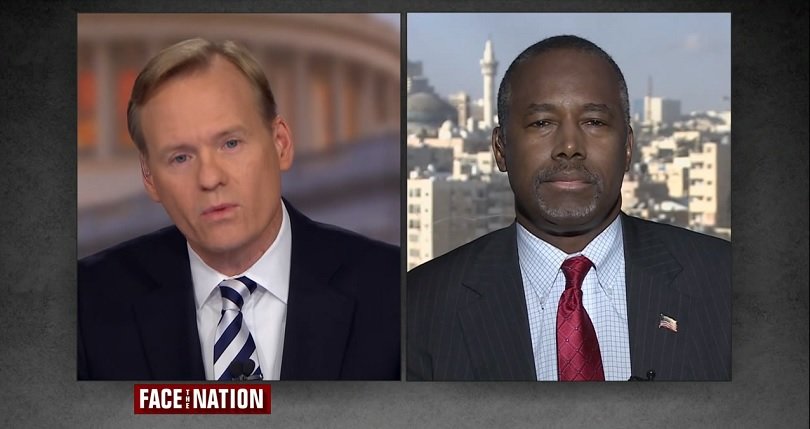 COLORADO SPRINGS, Colorado, November 30, 2015 (LifeSiteNews) – After a string of verbal gaffes and controversies over the depth of his pro-life convictions, Dr. Ben Carson has implied that the pro-life movement needs to “tone down” its “hateful rhetoric” and “become more mature.”

The doctor was asked on CBS's “Face the Nation” about abortion supporters' claims that pro-life speech led to Robert Lewis Dear's shooting inside a Colorado Springs Planned Parenthood over the Thanksgiving holiday weekend.

“There is no question that hateful rhetoric, no matter which side it comes from, Right or Left, is something that is detrimental to our society,” Dr. Carson said. “This has been a big problem.”

“No question the hateful rhetoric exacerbates the situation,” Carson affirmed.

Lamenting that social discourse had become less civil, he said modern political “rhetoric is extremely immature, divisive, and is not helpful.”

“I think both sides should tone down their rhetoric and engage in civil discussion,” Dr. Carson said.

Pro-life leaders were quick to rebut his charges that they engage in extreme or immature rhetoric. (See related story.)

After briefly leading rival Donald Trump in a series of national polls, Carson's presidential hopes have crumpled amidst a series of misstatements and retractions that have led national commentators to question whether the political novice is ready to be president of the United States. Last Sunday, talk show host Rush Limbaugh told Fox News that Ben Carson is “probably not” fully “equipped to be president.”

The statement apparently condemning pro-life rhetoric comes after Carson, a famed neurosurgeon, told a Florida reporter that attempts to save the life of Terri Schiavo were “much ado about nothing.”

Dr. Carson told LifeSiteNews exclusively that his remarks had been taken out of context by a Tampa Bay Times reporter. The reporter later posted the full transcript of his question, and Dr. Carson's answer to provide context.

Full transcript of the “Face the Nation” segment:

Dickerson﻿: ﻿﻿OK. I would like to ask you about a domestic political event or what some people see has a political element to it, and that's the shooting at a Planned Parenthood location in Colorado Springs.

Some abortion rights supporters have said that the rhetoric has led to that kind of violence. What's your view on that?

Carson: There is no question that hateful rhetoric, no matter which side it comes from, Right or Left, is something that is detrimental to our society.

This has been a big problem. Our strength in this country has traditionally been in our unity. And we are allowing all kinds of circumstances to divide us and make us hateful toward each other. And the rhetoric is extremely immature, divisive, and is not helpful.

When you have outside forces, global Islamic radical jihadists who want to destroy us, why would we be doing that to ourselves? We, at some point, have got to become more mature. No question the hateful rhetoric exacerbates the situation, and we should be doing all we can to engage an intelligence, civil discussion about our differences.

That's how we solve problems. We don't ever solve them with hateful rhetoric.

Carson: I think both sides should tone down their rhetoric and engage in civil discussion.