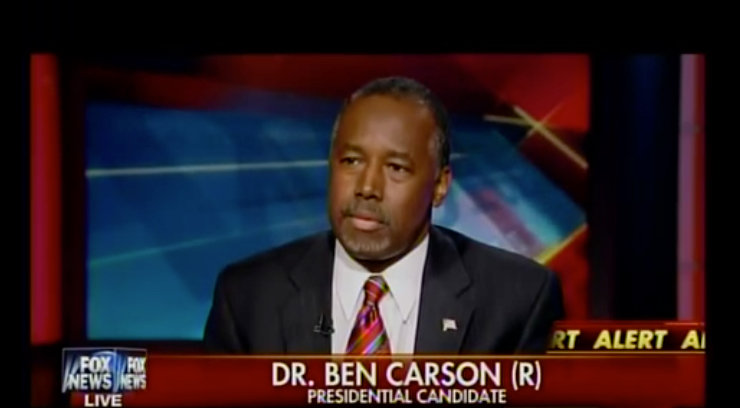 August 17, 2015 (LifeSiteNews) — Speaking with Fox News’ Neil Cavuto August 12, Republican presidential candidate Ben Carson was asked what he thought of fellow candidate Marco Rubio’s “line at the debate that even in cases of rape and incest he would be against aborting that child.”

“Well, in cases of rape and incest, I would hope that they would very quickly avail themselves of emergency room,” Carson replied. “And in the emergency room, they have the ability to administer, you know, RU486, other possibilities, before you have a developing fetus.”

Cavuto interjects: “That is at the point of conception; do you see that as life doctor?”

“Certainly once the heart starts beating, certainly at that point,” said Carson. “If we are willing to open up the discussion, both sides, I think we can come to accommodation.”

LifeSiteNews contacted Carson’s office for clarification but the request was denied.

Speaking of funding abortion, he said, “But I believe that abortion and paying for abortion with federal funding when so many people are against it is not the right thing to do.”

Addressing Planned Parenthood directly, Carson pointed to its racist roots. “I know who Margaret Sanger is and I know that she believed in eugenics and that she was not particularly enamored with black people,” he said. “And one of the reasons that you find most of their clinics in black neighborhoods is so that you can find a way to control that population.”

Carson concluded: “And I think most people should go back and read about Margaret Sanger who founded this place; a woman who Hillary Clinton by the way says that she admires look and see what people in Natzi Germany thought of her.