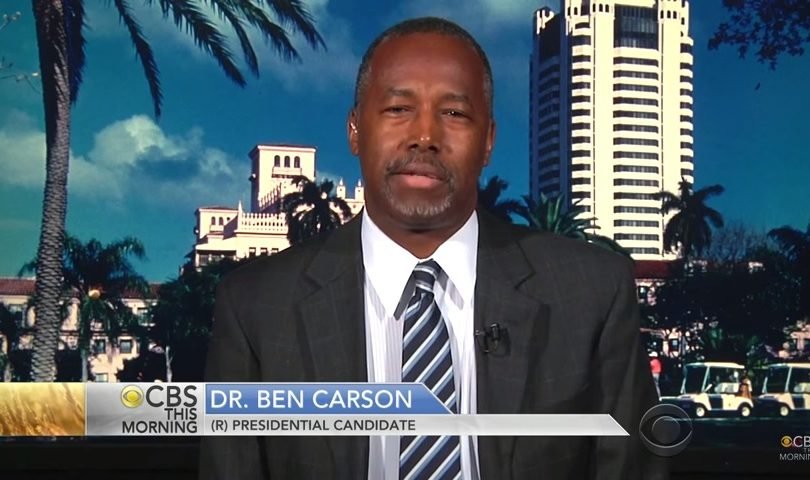 August 13, 2015 (LifeSiteNews) – Dr. Ben Carson is defending himself from revelations that the pro-life Republican presidential hopeful once conducted experiments using babies aborted as late as 17 weeks into pregnancy.

Dr. Carson published a paper in the November 1992 Human Pathology Journal detailing his use of cells taken from two aborted babies.

“Human choroid plexus ependyma and nasal mucosa were obtained from two fetuses aborted in the ninth and 17th week of gestation,” the paper, which Carson co-authored, reads.

The discovery was made and posted online by Dr. Jen Gunter, an OB/GYN and outspoken defender of abortion-on-demand.

“There is absolutely no contradiction between the research I worked on in 1992 and my pro-life views,” Carson responded today.

“The issue of fetal tissue has everything to do with how the tissue is acquired,” he told MSNBC. “Killing babies and harvesting tissue for sale is very different than taking a dead specimen and keeping a record of it, which is exactly the source of the tissue used in our research.”

Carson previously told The Washington Post, “You have to look at the intent.”

“When pathologists receive specimen, their job is to prepare the specimen. They have no job opining on where the tissue came from,” he said.

A declaration by the Pontifical Academy for Life asked, “Is it morally licit to use [embryonic stem] cells, and the differentiated cells obtained from them, which are supplied by other researchers or are commercially obtainable?” “The answer is negative,” it concluded.

Such an action would represent “a proximate material cooperation” in an immoral action.

Dr. Carson noted that he has not used aborted babies' tissue in the intervening 22 years.

The retired Johns Hopkins physician has recently and repeatedly dismissed embryonic stem cell research, which scientists recognize failed to live up to its proponents' promises, saying that ESCR has produced “nothing that can’t be done without fetal tissue.”

He has also brought the realities of fetal development to bear on the abortion debate.

“At 17 weeks, you’ve got a nice little nose and little fingers and hands and the heart’s beating. It can respond to environmental stimulus,” Carson has said on Fox News. “How can you believe that that’s just an irrelevant mass of cells?”

“That’s what they want you to believe, when in fact it is a human being,” Carson said.

The timing of the experiments would overlap with Carson's brief participation in an ad encouraging voters to oppose a Maryland referendum that liberalized state abortion law. The doctor appeared in an ad for the Vote kNOw Coalition, which opposed the Maryland Abortion Law Revision Amendment (Question 6 on the 1992 ballot). He later said he did not understand that he was taking part in a campaign commercial.

In a new CNN poll, Carson tied as the candidate Iowa Republicans most trust on the issue of abortion, with former Arkansas Gov. Mike Huckabee.