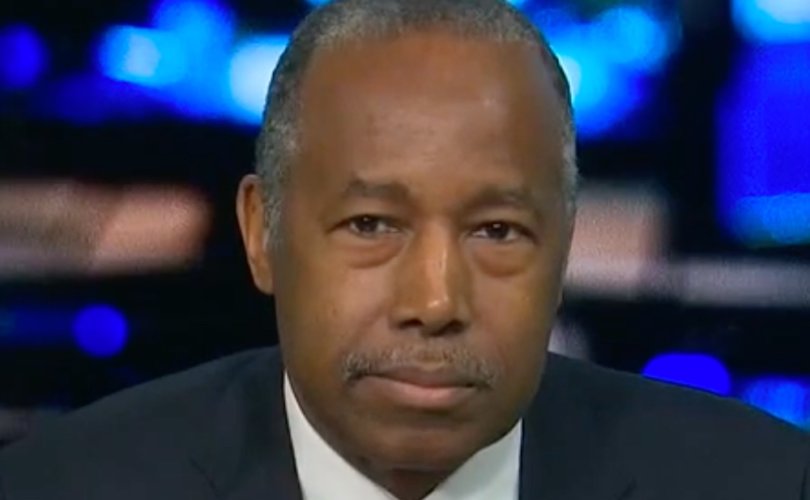 “Recognize that governments have a tendency to grow, to infiltrate, and to control,” Carson said during a recent interview with Fox New host Maria Bartiromo when asked about the Immunization Infrastructure Modernization Act (IIMA), or HR 550.

The bill, currently being considered by the U.S. Senate after passing the House of Representatives with the support of 80 Republicans, will implement a major expansion of data systems used by public health departments to collect information about Americans’ vaccination history.

“That’s why we have a Constitution,” Carson continued. “The Constitution was given to the people of this country, so that they could control the growth of government. And this is a prime example of what government growth would do, having this database, first of all, subjecting people to the COVID [jab]. But it’ll secondarily be used for other things as well.”

New Hampshire Democrat Rep. Annie Kuster, who authored HR 550, said in a November statement that her legislation could be used to “remind patients when they are due for a recommended vaccine and identify areas with low vaccination rates.” HR 550 would boost funding to vaccine providers while enhancing “real-time” reporting of vaccination data, she boasted.

“What this bill would create is more access for CDC for your immunization data, and the need for states to follow CDC recommendations or get cut off from federal funding,” medical freedom group Stand for Health Freedom warned.

“This bill has everything to do with mandates and digital health passes,” the group added. “It is the legal infrastructure, so to speak, for the digital infrastructure.”

Carson, who worked for decades as a neurosurgeon and professor at the John Hopkins University School of Medicine, told Bartiromo that Americans “have got to be smart enough to recognize these signs when we see them and to stop them, to nip them in the bud before it becomes too late.

“It doesn’t take long to change a nation. You look at Venezuela, almost overnight, what happened there.”

Carson, who  also served in President Donald Trump’s administration as Secretary of Housing and Urban Development, said that“it’s unfortunate when medicine begins to mix itself with political ideology.”

Bartiromo also asked Carson on the December 5 episode of her show to comment on Dr. Anthony Fauci’s lack of accountability for funding gain-of-function research in Wuhan, China and elsewhere.

The lack of accountability and political ideology is why COVID policy has become “illogical” Carson said.

“One of the things that we should be talking about is other things that can be effective,” he said.

“We should be looking at other vaccines; we shouldn’t be satisfied with what we have now,” he continued.

Carson then urged further investigation and use of widely available, cheap, and tested drugs such as ivermectin and hydroxychloroquine.

“Well, for one thing, they take antimalarials, like hydroxychloroquine. We should be finding out, why is that going on? Is that just a coincidence?” he asked.

“Ivermectin, some of the other things that have been extremely effective,” Carson said. “Let’s not have tunnel vision and say, just, everybody, get the vaccine, and stomp our feet and say, we’re going to do everything we can to make sure everybody gets a jab.”

‘Why do we keep needing boosters?’

Carson previously said that kids should not be getting COVID shots and called it a “giant experiment.”

The medical doctor then questioned why there needs to be booster shots if the vaccine is supposedly so effective.

“That’s one of the reasons that we need to be looking at some of the alternatives in a very serious fashion, as well as looking for other types of vaccines that won’t require repeated boosters,” Carson told Bartiromo.