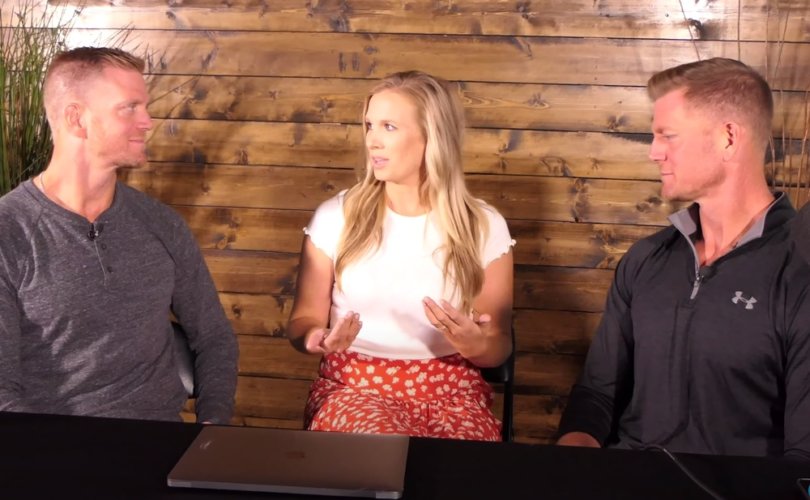 NORTH CAROLINA, October 20 2020 (LifeSiteNews) – LifeSiteNews reported on the Benham brothers in 2014 when they burst into the national spotlight. It was then that their real estate reality show on HGTV, Flip It Forward, was abruptly cancelled. The reason? The brothers’ pro-life, pro-family activism.

But they didn’t let that stop them. The Benham brothers recently sat down for an interview with LifeSiteNews to share their story and discuss the current cultural and spiritual battle facing our nation in 2020.

It’s clear that God used their situation in 2014 to grow their influence and encourage other Christians to not back down in the face of adversity. As real estate owners and entrepreneurs, David and Jason Benham have continued to use their personal and professional platforms to influence the culture and encourage Christians and pro-lifers to stand up – no matter the cost.

This message could not be more relevant for Christians and life and family activists in 2020. At a time when church doors have been shuttered and Church leaders have caved to the requests of government officials, now more than ever Christians need to rise up in the face of adversity.

When Flip It Forward was canceled in 2014, the media played a significant role in shaping the narrative. Mainstream media interviewed David and Jason until they were unable to paint the brothers in a negative light. But LifeSiteNews reported on their story as it unfolded, and our readers even signed a petition in support of them.

In our interview with David and Jason, they discuss how LifeSiteNews’s reporting and support from readers like you gave them strength and hope to keep pressing on.

As the cultural and spiritual battle has ramped up in 2020, the media have continued to be at the forefront. LifeSiteNews has not ceased to report on issues related to life, faith, family, and freedom. In fact, we have received numerous messages from our readers sharing that LifeSiteNews has become an unwavering source of truth and hope for them throughout 2020 – just like our platform was a source of support and hope for the Benham Brothers in 2014.

When asked what message the Benham brothers have for our readers during the challenges of 2020, David responded, “We don’t fight for victory, we fight from it. It’s no mistake, it’s no accident that God put us here. All of your readers, your viewers together in this moment for such a time as this...all we have to do is shine a light in the darkness. And then when truth is being trampled in the street you shine a light on that too.”

It’s clear that there is a spiritual battle raging on around us, and truth is certainly being trampled in the streets. As censorship of conservatives, and conservative news organizations in particular, ramps up as we approach the election, we are confident that God is still greater. LifeSiteNews has been shining a light in the darkness for over 20 years, waking people up to the reality of the grave state our culture is in – and informing and equipping readers to stand up for what is right, no matter the cost.

LifeSiteNews has an army of sustainers who make our reporting a reality – standing side–by–side with our editorial team on the Frontlines of the battlefield. It takes a sustained effort; it must be done all year long – 24 hours a day, 365 days a year. Readers who support our mission on a monthly basis understand that.

If LifeSiteNews has helped you during this year of isolation, confusion, and misinformation, we encourage you to consider stepping onto the battlefield with us and become a monthly Sustainer so that we can withstand censorship and report the truth no matter what.

Being on the Frontlines has never been more vital. Do you believe in this work enough to join this team and sustain our mission?

1
Catholic foundation attempts to save historic basilica up for sale due to clerical sex abuse
2
The message of Our Lady of Akita looms large amid increased risk of nuclear annihilation
3
Popular outdoor-wear outfitter launches ‘Summer of Pride’ with outrageous drag queen video ad
4
Moderna CEO: 30 million COVID jab doses will be tossed ‘because nobody wants them’
5
Forensic exam finds Hunter Biden’s laptop is 100% authentic
Subscribe to Daily Headlines »