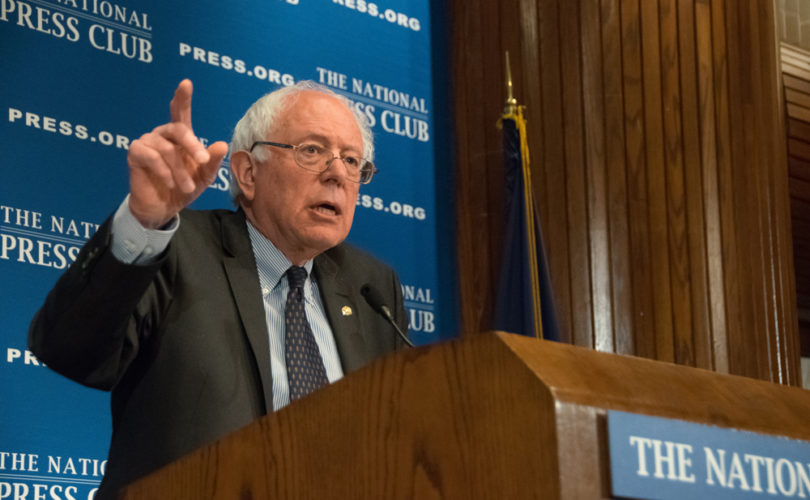 LAS VEGAS, October 14, 2015 (LifeSiteNews) – A mother's place is at home with her baby, according to a surprise statement from uber-progressive Vermont Senator Bernie Sanders.

The socialist candidate, who has become an unlikely firebrand in the 2016 primaries, said at last night's first Democratic debate in Las Vegas that America should require employers to pay for maternity leave, as many European countries do.

“Every other major country on Earth – every one, including some small countries – say that when a mother has a baby, she should stay home with that baby,” he said. “We are the only major country” that does not. “That is an international embarrassment, that we do not provide paid family and medical leave.”

Some in the pro-life movement see employer-paid maternity leave as a pro-life measure that spares new mothers from having to choose between having a career and caring for their newborns.

“We must ensure that women and families are given every opportunity to support this new life,” said Kirsten Day, the executive director of Democrats for Life of America. DFLA believes such leave is one component to ease the burden on new parents “feeling financial pressure to abortion.”

However, many Republicans oppose such a course, which they say imposes costs and regulatory burdens on employers. Former Hewlett-Packard CEO Carly Fiorina – who has been an outspoken critic of Planned Parenthood – worries that mandatory leave will hurt the economy.