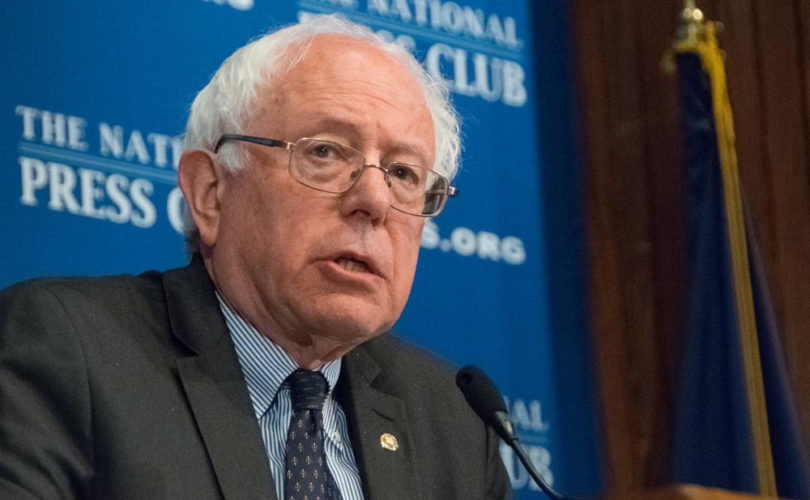 When asked why Planned Parenthood and the Human Rights Campaign, an LGBT political activist group, had endorsed Clinton instead of his insurgent campaign, Senator Sanders told MSNBC's Rachel Maddow, “We’re taking on not only Wall Street and the economic establishment, we’re taking on the political establishment.”

“I have friends and supporters in the Human Rights Fund and Planned Parenthood,” said Sanders, a self-described “Democratic Socialist” who supports redefining marriage and federally funded abortion-on-demand. “But you know what? Hillary Clinton has been around for a very, very long time.”

“Some of these groups are, in fact, part of the Establishment,” Sanders said.

We respect @SenSanders. Disappointed to be called “establishment” as we fight like hell to protect women's health. https://t.co/kiimTsVw2x

Planned Parenthood made its first-ever endorsement during an actively contested primary earlier this month, saying it planned to spend up to $20 million in the 2016 campaign.

Within an hour of the abortion industry's tweet, Mrs. Clinton defended Planned Parenthood's honor with a Twitter message she personally composed.

Really Senator Sanders? How can you say that groups like @PPact and @HRC are part of the “establishment” you're taking on? -H

On Wednesday morning, the Human Rights Campaign joined the fray, piling on:

We share @PPact's disappointment in Sanders' attacks. @HRC has proudly taken on the establishment & fought for LGBT people for over 30 years

Clinton will formally accept HRC's endorsement next Sunday, January 24, in Iowa, where the state Supreme Court imposed same-sex “marriage' in 2009.