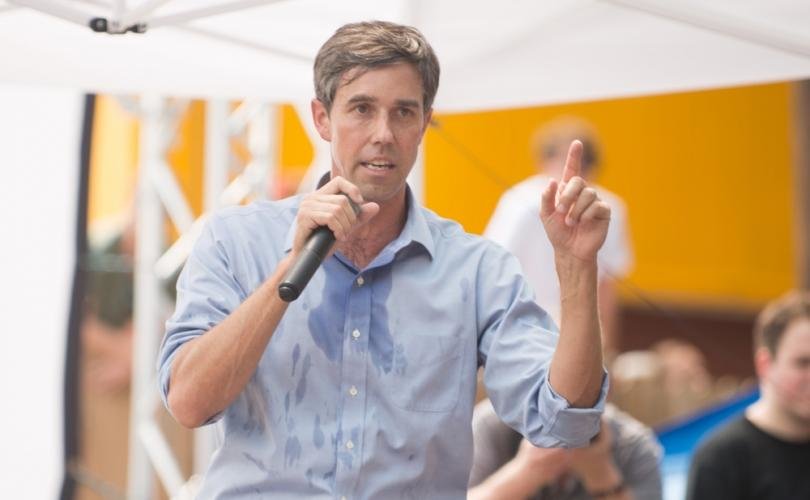 August 27, 2019 (LifeSiteNews) – Former Texas Representative and Democrat presidential candidate Robert “Beto” O’Rourke refused to disavow abortion at any stage of pregnancy Monday night, reiterating standard “pro-choice” rhetoric in response to a question about killing a baby the day before birth.

O’Rourke was addressing a crowd at the College of Charleston in South Carolina when an audience member asked him a follow-up about his past support for third-trimester abortions, the Washington Free Beacon reported.

Beto tells pro-life man “of course I don't think that (your life had no value),” before arguing the man's mother had a right to abort him the day before he was born for no other reason than she wanted to

“Of course I don’t think that, and, of course, I’m glad that you're here,” O’Rourke replied. “This is a decision that neither you, nor I, nor the United States government should be making. That's a decision for the woman to make. We want her to have the best possible access to care and to a medical provider, and I'll tell you the consequence of this, this attack on a woman's right to choose.”

The reply drew what Breitbart’s Joel Pollack called “massive cheers” from the audience, but the pro-lifer was undeterred. “But what about my right to life?” he repeated.

“I listened to you, and I heard your question. I'm answering it,” the candidate claimed. “And I want to tell you some of the consequences of this. In my home state of Texas, thanks to these ‘trap' laws that make it harder for providers to offer the full spectrum of reproductive care, more than a quarter of our family planning clinics have closed.”

O’Rourke decried Texas as an “epicenter” of maternal mortality, which he suggested was due to the difficulty of getting “safe, legal access” to abortion, cervical cancer screenigns, and “family planning providers.”

“I don't question the decisions that a woman makes,” he concluded, without bothering to discuss the baby. “Only she knows what she knows, and I want to trust her with that. So, I appreciate the question.”

But they were quick to blame the “sudden” 2011-2012 maternal death increases on a Planned Parenthood defunding bill that couldn’t even go into effect until January 2013 because of lengthy litigation.

As LifeSiteNews has previously covered, O’Rourke has a 100 percent pro-abortion rating from NARAL and a zero percent pro-life rating from the National Right to Life Committee. He is also a doctrinaire liberal on LGBT issues as highlighted by a 2011 video of him berating a Catholic priest for defending the Biblical understanding of marriage at an El Paso City Council meeting.

In March, O’Rourke also found himself embroiled in a scandal when Reuters revealed he had been a member of the hacking group Cult of the Dead Cow, through which he wrote a (since-disavowed) fantasy essay about running over children with his car and a poem about receiving sexual favors from a cow. Last month, he said he was unsure about whether to legalize prostitution.