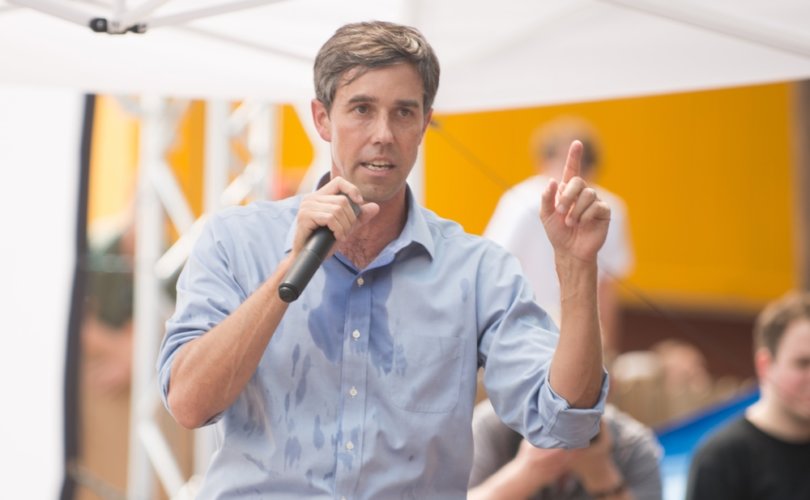 “What if we treated that teacher with the respect that she has earned, that she is owed, that we all want to give?” O’Rourke asked a crowd of supporters. “We don’t need to tell her what version of history she is allowed to teach in a classroom. We don’t need to scare the parents of those kids… about something called CRT that I’ve never heard of before last year.”

Instead of attacking teachers, I’ll be a governor who has their backs.

Instead of defunding our public schools, I will fully fund them.

CRT refers to critical race theory, the doctrine that race is a “socially constructed (culturally invented) category that is used to oppress and exploit people of colour,” and that “racism is inherent in the law and legal institutions of the United States insofar as they function to create and maintain social, economic, and political inequalities between whites and nonwhites, especially African Americans.”

The infusion of CRT’s premises in K-12 education has been a source of intense controversy, prompting leaders in states such as Florida and Virginia to impose new limits on classroom content. In June 2021, Texas’s current governor, Republican Greg Abbott, signed one such law.

O’Rourke’s comments represent a shift back to leftward orthodoxy after he said in March of CRT, “no I don’t think it should be taught in our schools,” after falsely implying that it was already confined to law schools.

"I don't think [CRT] should be taught in our schools."pic.twitter.com/uzlj6uERmw

A former Texas state representative, O’Rourke is best known for unsuccessful campaigns for the U.S. Senate in 2018 and the Democrat presidential nomination in 2020, during which he distinguished himself with absolutist left-wing stances on issues such as abortion, religious freedom, and prostitution, and raised eyebrows via the discovery of bizarre essays and poetry he wrote in his youth.

His latest comments on CRT have evoked comparisons to former Virginia Democrat Gov. Terry McAuliffe, who declared while running again for governor last year that “I don’t think parents should be telling schools what they should teach” – a sentiment to which a significant portion of his defeat was attributed.