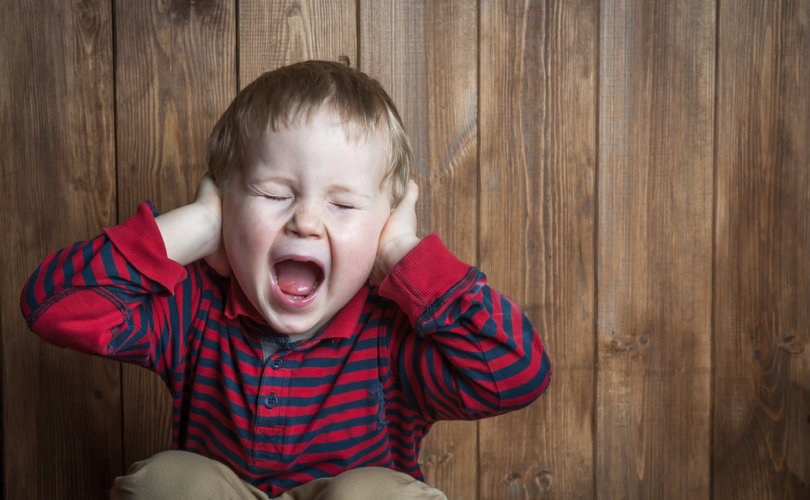 SEATTLE, Washington, January 6, 2017 (LifeSiteNews) — Amazon's Echo Dot is a small, voice-command device that answers questions, plays music and sounds, and basically functions as a talking/playing encyclopedia, but parents are finding a serious problem with the gadget.

Despite the company’s family-friendly advertising depicting a dad with little daughter in his lap asking “What does a blue whale sound like?” to the delight of both parent and child, Echo Dot has no conscience or moral values. If anyone — no matter how young — asks for anything, an answer is provided without ethical consideration.

A YouTube video pointing out the design flaw has gone viral. It shows an innocent toddler asking for a children's song and Echo Dot's “voice,” dubbed “Alexa,” misinterprets the child's request and spews out a series of obscenities for the unsuspecting innocent's ear and mind.

The video “exposes Amazon.com’s reckless approach to sexual harm,” according to  Hawkins.

Even The Washington Standard agrees, at least that Amazon's Echo Dot is harmful to children and seriously family-unfriendly.

“There is no reason that this should be coming out of a home device like this, especially when you know the potential for young children to be in the home,” Washington Standard reporter Tim Brown wrote. “With respect to the parents, I assume they never thought in a million years something like this would be said to their little boy from an Amazon Echo Dot.”

Hawkins says it isn't the first time Amazon has put profit over decency. “This Alexa scandal reveals what the National Center on Sexual Exploitation has already documented: Amazon is reckless about exposing the public to pornography and sexually exploitative materials,” the women's rights leader said. “Amazon.com features thousands of pornography-related items and has so far refused to remove sex dolls (many with childlike features), eroticized child nudity photography books, and other pornified items, including T-shirts, baby clothes, and pillowcases, as well as hardcore pornographic films from its website.”

Seattle-based Amazon, which is the largest online retailer in the world, issued a statement saying the company apologized to the affected family in the viral video, but Hawkins says that “is not enough.”

Hawkins says the retail giant “must adopt a proactive approach to pornography and sexual exploitative materials across its business platforms.”

Amazon is one of NCOSE's “Dirty Dozen List,” which exposes mainstream companies that facilitate sexual exploitation.

“Other companies are refusing to facilitate sexual exploitation,” she explained.  “Wal-Mart, for example, within 24-hours of being contacted by NCOSE, removed the same child nudity photography books that Amazon still carries.”

“It is clear that the pervading business culture at Amazon continues to cater to pornographic interests that are harmful to not only minors but adults as well,” Hawkins concluded. “It is time for Amazon to accept its corporate responsibility to adopt and rigorously enforce standards that seek to foster a world free of sexual exploitation.”

Amazon told The Washington Standard that the corporate giant had already received “many complaints” about their Echo Dot not having parental controls and that the company is developing filters “for future models.”