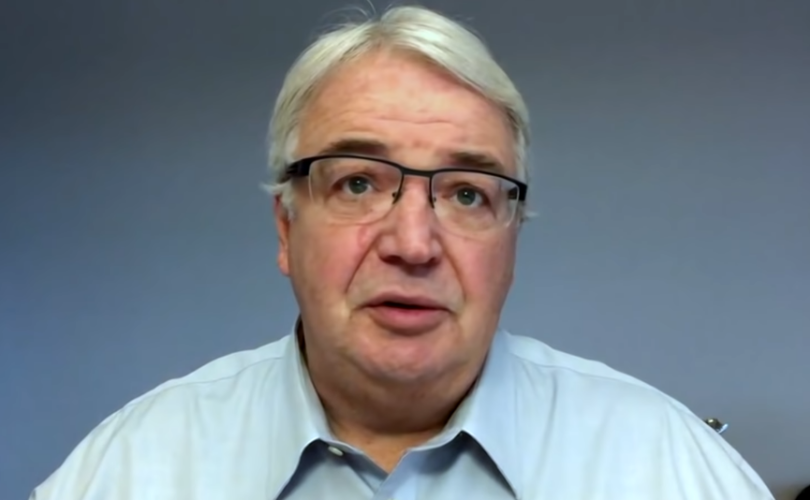 “There seems to be no push back to the insanity of suggesting that somehow, Canada’s responsible for weather conditions somewhere else in the world,” McTeague stated in an interview last week with the Western Standard. “Nothing could be further from the truth.”

McTeague, while hailing from the same party as Trudeau, is an advocate for the oil and gas industry, which he says is needed to help keep Canada prosperous.

In the interview, McTeague noted that due to the lack of discussion of alternative views regarding so-called “climate change,” “people have bought into a notion that is beyond anything that one would consider rational.”

Giving an example, he said that for Trudeau to think that “imposing taxes or regulations on an already very clean industry is somehow going to change the weather” is “beyond farcical.”

“And it is the stuff of magic and make believe,” he lampooned.

McTeague made the comments in response to the Trudeau government’s new $1.6 billion National Adaptation Strategy initiative, which will give millions for “Wildland Fire Innovation and Resilience” along with updating flood maps.

The Trudeau government has blamed “climate change” for recent wildfires and floods, while seemingly overlooking the fact that Canada for years has had poor forest management and flood mitigation plans, and has historical records showing that similar fire and flooding events have occurred in Canada many times in the past.

In fact, a June 2017 peer-reviewed study by two scientists and a veteran statistician confirmed that most of the recent global warming data have been “fabricated by climate scientists to make it look more frightening.”

McTeague said that it is “irresponsible” for the United Nations and others to “talk about and use hyperbole like murder, homicide, killing the planet.”

“This is not only irresponsible, it’s quackery. And it is certainly not based on science,” he said.

McTeague stressed that basic forest management and looking at not allowing people to build a house on known floodplain are realistic things that can be done, but the imposition of more taxes is not.

“Scientists want to become politicians, and politicians want to fake [as] scientists. We have to be very skeptical, not just of the science that’s underlying this, but of course, the politicians who are trying to cash in on it,” said McTeague.

“The mere fact that we haven’t had this kind of discussion demonstrates the extent to which people have bought into a notion that is beyond anything that one would consider rational.”

McTeague said it is only a matter of time, however, before Canadians wake up to the reality of higher costs of living and inflation because of anti-oil and gas policies.

“It’s time for Canadians to make the connection between the high cost of living, their inability to make ends meet, high interest rates, high inflation, and, of course, grocery store prices, because they’re all connected to a green policy,” said McTeague.

The Trudeau government’s current environmental goals – which are in lockstep with the United Nations’ “2030 Agenda for Sustainable Development” – include phasing out coal-fired power plants, reducing fertilizer usage, and curbing natural gas use over the coming decades.

Experts, including McTeague, have warned that the Trudeau government’s new “clean fuel” regulations, which come into effect next year, will cost Canadian workers – many of whom are already struggling under decades-high inflation rates – an extra $1,277 annually on average.