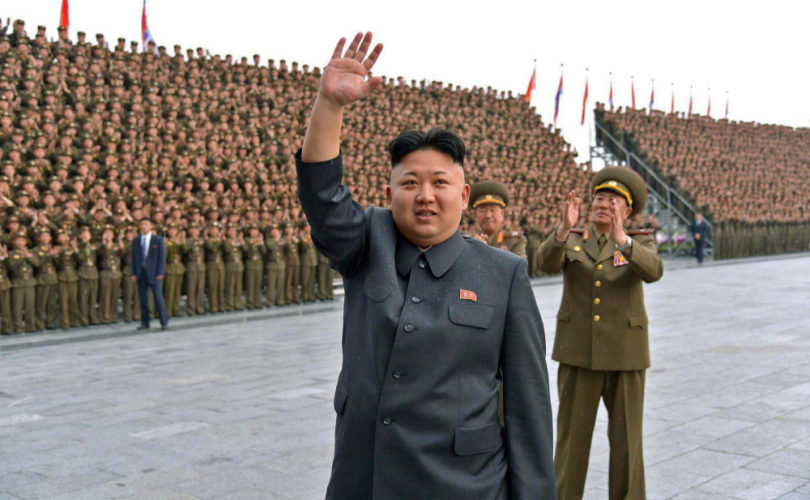 The United Nations General Assembly voted today to refer North Korea to the International Criminal Court for “crimes against humanity,” which include the crime of widespread forced abortion.

In February, a 400-page report written by the UN Commission of Inquiry accused the Marxist state of committing “unspeakable atrocities” in four prisons that trap as many as 120,000 political prisoners and dissidents.

By a vote of 116-20, with more than 50 abstentions, the UN's members said today that these findings presented “reasonable grounds to believe that crimes against humanity have been committed…pursuant to policies established at the highest level of the State for decades.”

The report, written after a year-long investigation led by former Australian High Court judge Michael Kirby, added that prisoners who are “forcibly repatriated from China are commonly subjected to torture, arbitrary detention, summary execution, forced abortion, and other forms of sexual violence.”

Pyongyang's brutality “does not have any parallel in the contemporary world.” (You may download the full report here.)

North Korea's deputy ambassador to the UN, An Myong Hun, said the resolution “does not reflect the reality on the ground” and is “a product of a political plot and confrontation.” Cuba and Iran also defended North Korea.

Experts doubt that Supreme Leader Kim Jong Un will ever stand trial at The Hague. China, with the support of Russia, is expected to veto the measure when it comes before the UN Security Council on Monday.

The vote comes as Sony canceled the Christmas Day premier of the film The Interview, which does not depict Kim Jong Un in a positive light, after a cyberattack that the FBI has linked to North Korea.

Reports of forced abortions in North Korea, either made known to South Korean officials or reported by the UN High Commissioner for Human Rights, go back more than a decade. However, the regime denied entry to UN inspectors seeking evidence to dispel such reports.

Instead, they relied upon eyewitness testimony to establish the Democratic People's Republic of Korea had engaged in acts of mass sadism in line with “the horrors of camps that totalitarian States established during the twentieth century.”

Kirby wrote in a letter to the regime that “those who try to flee your country, adherents to the Christian religion, and others considered to be introducing subversive influences are subjected to crimes against humanity.”

Kirby told Reuters the crimes of North Korea are “strikingly similar” to those perpetrated by Nazi Germany.

A panel held at the American Jewish Historical Society in October said that forced abortion must be remembered as a Nazi crime.

Unlike the Holocaust, “there will be no excusing the failure of action because we didn't know” about what is happening in North Korea, Kirby said. “We do know.”