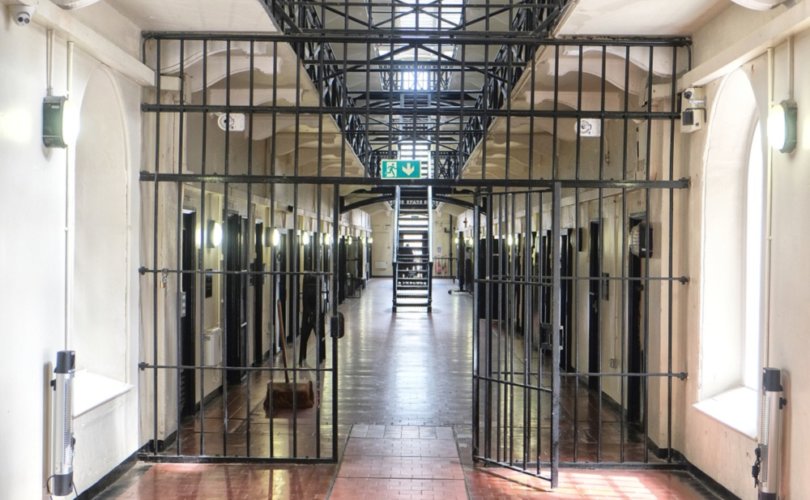 On January 13, the Federal Bureau of Prisons (BOP) quietly updated its Transgender Offender Manual to restore Obama administration guidelines that recommended federal prisoners be housed according to “gender identity.”

The move reverses a subsequent Trump policy that required inmates in federal prisons to be placed based on their biological sex.

According to the new manual, the BOP will now determine whether to place prisoners in line with their alleged “gender identities” on a case-by-case basis, without reference to anatomy.

“In deciding whether to assign a transgender or intersex inmate to a facility for male or female inmates … the agency shall consider on a case-by-case basis whether a placement would ensure the inmate’s health and safety, and whether the placement would present management or security problems,” the document states.

The manual also makes clear that gender-confused inmates’ wishes are to be given significant weight when deciding housing assignments. “In making housing unit and programming assignments, a transgender or intersex inmate’s own views with respect to his/her own safety must be given serious consideration,” it reads.

The BOP noted that transgender prisoners “ordinarily” may not be considered for transfer unless they have not committed serious infractions, such as rape or homicide, within the last year, but added that they may be considered “on a case-by-case basis” at any time. The policies do not apply to state prisons.

In California, transfers of men to women’s state prisons last year have already resulted in multiple sexual assaults, according to a lawsuit filed in November on behalf of four incarcerated women.

“Hundreds of men have applied for transfers to women’s prisons, and dozens have already been transferred,” feminist legal group Women’s Liberation Front (WoLF) said in the filing. “These transfers have resulted in intimidation, sexual harassment, physical assaults, and sexual assaults committed by the men against female inmates.”

Krystal Gonzalez, an inmate who joined the lawsuit, said that she was raped by a man who transferred to her prison under a law signed by Gov. Gavin Newsom that allows assignments based on “gender identity.” At least one woman in a California prison has become pregnant since the transfers began in April, WoLF said.

Similar incidents have been reported in Washington state, where a former inmate told National Review last month that a male convict sexually assaulted her and that she had witnessed or heard about numerous other attacks. One “transgender” man sentenced for raping a 12-year-old girl later raped a developmentally disabled woman in the same facility, a former guard has attested.

A lawsuit filed by an Illinois woman in 2020 alleged that a man who claimed to be a woman assaulted her behind bars and that her prison punished her and covered it up.

Transgender inmates are overrepresented among sex criminals and around 20 percent are registered sex offenders. And sexual assault by gender-confused males poses exceptional risks for female inmates: According to a 2021 CDC report, more than 42 percent of men who identify as women in major U.S. cities are infected with HIV.

“Staff interacting with inmates who have a CMA assignment of transgender, shall either use the authorized gender-neutral communication with inmates (e.g., by the legal last name or “Inmate” last name) or the pronouns associated with the inmate’s identified gender,” reads the BOP manual, which does not mention conscience objections. “Deliberately and repeatedly mis-gendering an inmate is not permitted.”

The document additionally stresses that transgender federal inmates may receive taxpayer-funded hormone drugs and creates a process to obtain mutilating “sex-change” surgeries. “All inmates have access to transgender treatment, regardless of assignment. Hormone therapy or other medical treatment may be provided after an individualized assessment of the requested inmate by institution medical staff,” it notes.

“For transgender inmates in Bureau custody,” the manual adds, “surgery may be the final stage in the transition process and is generally considered only after one year of clear conduct and compliance with mental health, medical, and programming services at the gender affirming facility.”

Tax-funded psychotherapy, which may include “helping the inmate to live more comfortably within a gender identity,” may be offered as well, the BOP said.