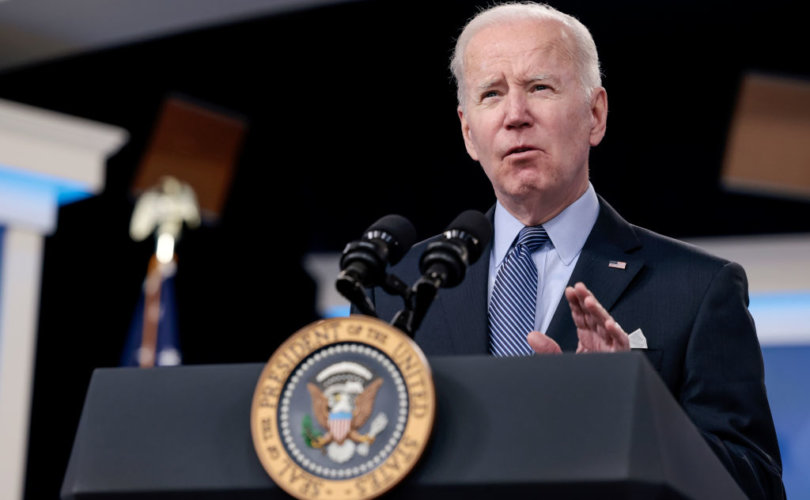 (LifeSiteNews) – The Biden regime is reportedly flying underage illegal immigrants away from the Texas border to states where they can access abortion.

On July 5 Reuters issued a report on the state of the U.S.–Mexico border in light of the recent overturning of Roe v. Wade, entitled “Abortion worries heightened for unauthorized immigrants in the U.S.”

Since the overturning of Roe v. Wade, Texas returned to pre-Roe abortion laws, meaning that abortion is illegal in the state with the exception of a medical threat to life of the mother.

The Biden Administration’s devotion to abortion was highlighted by Reuters, who wrote that since the Supreme Court ruling “women with uncertain immigration status face additional barriers and everyone from abortion providers to U.S. government agencies have been scrambling to determine what will happen going forward.”

According to “four U.S. officials who requested anonymity,” Reuters reported that “Biden officials are exploring ways to provide abortion access for pregnant women and girls in U.S. immigration custody in states with bans.”

However, Reuters noted that a number of federal shelters for children taken into custody at the border are based in Texas, a state which no longer has the abortion provision which the Biden admin desires. Reuters also pointed to the Texas Heartbeat Act as another problem for law enforcement and federal authorities to contest with.

In a revealing passage, Reuters wrote:

For the past nine months, U.S. health officials have been flying or driving minors from Texas shelters to other states for abortions. Advocates say more guidance is needed now, and fast.

Conservative journalist and former news anchor Todd Starnes slated the Biden Administration for the practice, saying that “U.S. taxpayers are literally paying for abortions, which is a violation of the Hyde Amendment. Of all the things we could impeach Biden over, that should be number one right there.”

John Nolte of Breitbart News echoed Starnes’ comments, writing that “getting an abortion is yet one more incentive to flood our country with illegals.”

So now we’re supposed to be upset about Roe v. Wade being overturned because people who are breaking illegally into our country, who have no business being in our country, can’t kill their innocent babies in our country.

“Who do we think is paying for bus or car or flight?” he asked. “Are U.S. taxpayers paying for the actual abortion, which is a violation of the Hyde Amendment?”

LifeSiteNews contacted the U.S. Customs and Border Protection agency as well as the Department for Homeland Security, requesting more information about the revelations. LifeSite also asked if tax-payer funds were being used for the abortions, which would violate the Hyde Amendment, but did not receive an answer by time of publication.

In a statement given to LifeSiteNews, Texas Alliance for Life said that it was “reprehensible that the Biden/Harris Administration is promoting abortion for immigrant women with unplanned pregnancies, some of whom are victims of sexual assault.”

“Texas provides vast resources for pregnant women to choose life for their babies,” continued the statement.

The Legislature appropriated $100 million for the highly successful Alternatives to Abortion program so that any woman can successfully carry her unborn baby to term, give birth, and keep or place the child for adoption. That program helps 150,000 clients yearly at nearly 200 pregnancy centers, maternity homes, and adoption agencies.

“Surely the Biden Administration is capable of directing women to these resources, many of which are located along the border with Mexico,” added Texas Alliance for Life.

Recently a United Nations’s report styled the U.S.–Mexico border, under Joe Biden, as the “deadliest land crossing in the world.”

“The number of deaths on the United States-Mexico border last year is significantly higher than in any year prior, even before COVID-19,” said report author Edwin Viales. Over “1,238 lives have been lost during migration in the Americas in 2021, among them at least 51 children,” stated the U.N.

Under Biden’s rule, the U.S. has witnessed a surge of illegal immigrants  who are later released inside the country, following the reversal of several Trump-era border policies. Biden has also made border trespassers exempt from the COVID-19 mandates his administration has attempted to impose on Americans. Estimates of illegals who have tested positive for COVID-19 after crossing the border this year range from 20 percent to more than half.