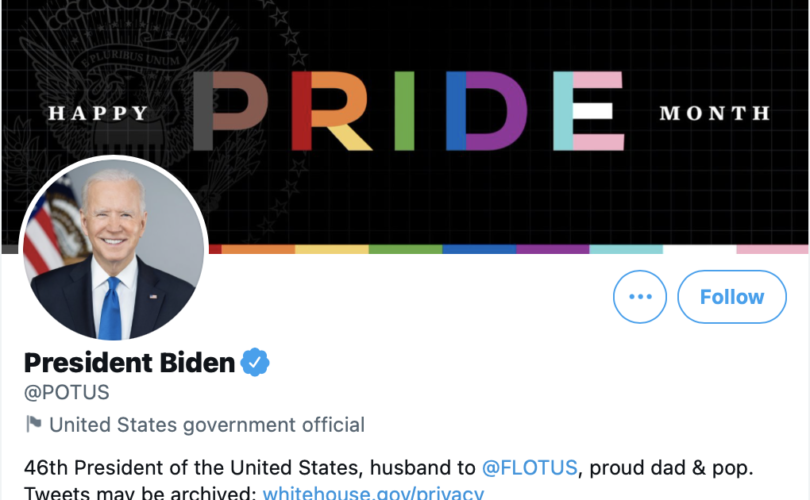 WASHINGTON, June 24, 2021 (LifeSiteNews) — The Biden administration chose Wednesday’s 49th anniversary of the passage of Title IX, the longstanding set of rules against sex discrimination in public education, as the occasion to declare that the federal governent intends to force schools to privilege boys who claim to be girls over actual females.

“Because of [Title IX], our nation has made important progress toward realizing our self-concept as a land of opportunity for all — from increasing equality in science, technology, engineering and math education; to enabling and encouraging more women and girls to participate in sports; to ensuring fairer funding in athletic programs; to protecting students from sex discrimination, including sexual violence,” said U.S. Secretary of Education Miguel Cardona. “Amid this progress, we recognize there is still more to do, when we know that students still experience harassment, exclusion from school activities, and other forms of discrimination that stand in the way of them reaching their full potential and their dreams.”

“I’m proud of the actions the Biden-Harris Administration has taken so far in ensuring that Title IX protects the civil rights of all students, including LGBTQ+ students, in our schools and on college campuses,” he continued. “As Secretary of Education, I am committed to ensuring Title IX works for all students and provides equal access to opportunities that will enrich students’ educational experiences and their futures.”

On the 49th anniversary of Title IX, the Biden Department of Education says the law requires that boys who identify as girls be treated as if they are in fact girls. A law meant to ensure equality for girls is now being used to privilege boys who “identify” as girls. https://t.co/451O3fTwg9

With the press release, the Department of Education (DOE) issued a Letter to Educators and a “Confronting LGBTQI+ Harassment in Schools” fact sheet. The letter notifies educational institutions that the DOE’s Office for Civil Rights (OCR) interprets Title IX’s prohibition on “sex discrimination” to also cover “sexual orientation and gender identity,” and will “fully enforce” this interpretation “in education programs and activities that receive Federal financial assistance from the Department.”

The fact sheet clarifies what this means in practice. Examples of situations that will now constitute “discrimination” in the government’s eyes include a lesbian high school student barred from “bring[ing] her girlfriend to a school social event where students can bring a date”; school administrators who refuse to punish students for harassing LGBT students; a teacher who laughs at an intersex student and “tells the class that there are only boys and girls and anyone who thinks otherwise has something wrong with them”; and a “transgender high school girl” barred from using girls’ restrooms or joining the girls’ cheerleading team.

Notably, several of the document’s hypothetical scenarios attempt to present the new rules as less controversial by adding elements of mockery and callousness to educators’ actions, but conservatives suspect them to also be used as grounds to punish teachers who respectfully dissent or abstain from LGBT orthodoxy, such as Robert Oppedisano, Stephanie Christensen, Peter Vlaming, Joshua Sutcliffe, and Tanner Cross.

The U.S. Supreme Court’s Bostock decision authored Justice Neil Gorsuch, an appointee of former President Donald Trump, further complicated the legal terrain on the issue last year by ruling that “sex discrimination” in Title VII of the 1964 Civil Rights Act should be interpreted to mean sexual orientation and gender identity, in addition to its original biological meaning. Although that ruling did not specifically address Title IX, the Biden administration has cited its logic as justification for its policies.

Such reasoning flies in the face of both the plain statutory meaning of “sex” in 1964 and the clear legislative intent of the lawmakers who drafted and passed the Civil Rights Act, argued Alliance Defending Freedom (ADF) senior counsel John Bursch: “There is little dispute that, in 1964, the term ‘sex’ was publicly understood, as it is now, to mean biological sex: male and female. After all, the term ‘gender identity’ wasn’t even part of the American lexicon at the time. Its first use was at a European medical conference in 1963. And no semblance of it appeared in federal law until 1990.”

The Biden administration frames transgender affirmation as a mmatter of student well-being, but a range of scientific literature indicates that youth gender confusion usually resolves on its own by adulthood, and indulging it (with or without surgery) often fails to prevent significant emotional harm up to and including attempted suicide, because fixating on “gender affirmation” tends to distract from exploring other issues that may be the actual root of a patient’s mental or emotional unrest.