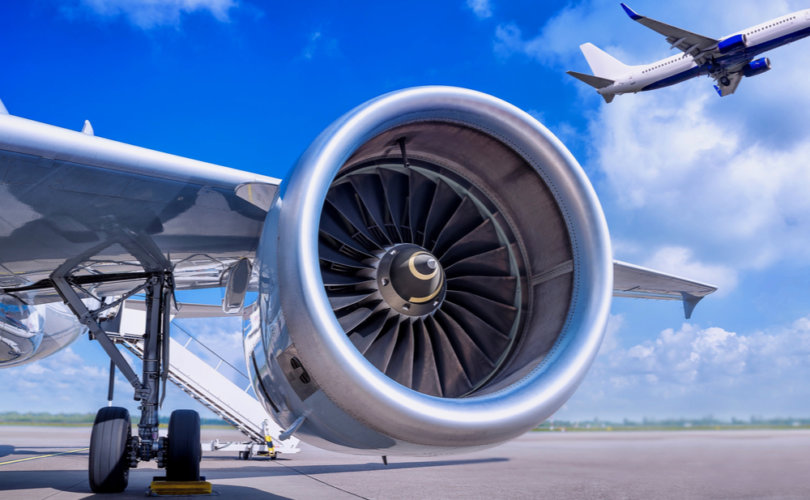 (LifeSiteNews) — After a botched draw-down of U.S. troops led to the swift takeover of Afghanistan by Taliban forces this month, leaving thousands of American citizens desperate to flee the country, reports now indicate the Biden administration is charging evacuees for flights home.

When Americans and U.S. allies will be able to board a flight is unclear. Reports on Friday indicated that flights from the Kabul airport were grounded, with CNN’s Clarissa Ward reporting that as of Friday morning no American planes had left the tarmac in more than eight hours as the situation in Kabul rapidly deteriorates into a “humanitarian crisis.”

.@clarissaward is inside the Kabul airport and it’s still total chaos: “During the last 8 hours… we have not seen a single U.S. flight evacuate people.” #FFS @KateBolduan @CNN

Citing overcrowding at the Doha airport, future U.S. flights from Kabul are now expected to land in Bahrain.

The news comes as reports from inside the country tell a disturbing story of Christians being targeted for death by Taliban insurgents, an interpreters and others who assisted the U.S. government and NATO forces are being hunted down by Taliban fighters.

Meanwhile, Americans have reportedly been injured and prevented from boarding planes as they attempt to escape the Taliban regime.

Footage from outside the Kabul airport shows a chaotic scene, with soldiers firing rifles in the air and apparently into the crowd.

The situation at Kabul airport is a disaster. pic.twitter.com/aZHkUqJZA6

Meanwhile, reports indicate that those fortunate enough to get a flight home may have to pay a steep bill for evacuating the Taliban-run country.

According to Politico, “Even though U.S. officials tell NatSec Daily and others that evacuation flights from Kabul will be free, people trying to catch a plane in the Afghan capital say differently. One person said State Department staff were seeking large payments — up to $2,000 — from American passengers and even more from non-U.S. citizens.”

“When we relayed what this person told us to the State Department, a spokesperson didn’t deny that this is happening,” Politico added, noting that “U.S. law requires that evacuation assistance to private U.S. citizens or third country nationals be provided ‘on a reimbursable basis to the maximum extent practicable.’”

“In other words,” the outlet concluded, “the Biden administration may request payments for evacuation flights.”

As reported by the Daily Wire, Republican Rep. Claudia Tenney of New York blasted the policy, arguing that “Biden created this crisis, now he wants to charge Americans who are desperately fleeing the Taliban? That’s wrong.”

Tenney said she is working to draft legislation to forbid the U.S. government from charging Americans to flee Afghanistan.

Biden created this crisis, now he wants to charge Americans who are desperately fleeing the Taliban? That’s wrong. We should not be making Americans pay for their ride to safety. I’m drafting legislation now to PROHIBIT the US government from charging Americans, period. https://t.co/urYL9GYIfh

“We should not be making Americans pay for their ride to safety. I’m drafting legislation now to PROHIBIT the US government from charging Americans, period,” Tenney wrote.

The withdrawal of U.S. troops from Afghanistan, apparently with no plan to evacuate Americans and non-American allies still residing in the region before the Taliban invasion, triggered a rapid descent into chaos in the region last weekend.

While radical Islamic Taliban insurgents seized power of the capital city, Kabul, American officials abandoned the U.S. embassy and were airlifted from the roof via helicopter while thousands of Afghan citizens desperately attempted to flee the country.

At least seven Afghans were reportedly killed after they broke through security onto the tarmac at the Kabul airport, with some being crushed under the wheels of an American aircraft and others falling to their deaths after they clung to an airplane as it took off.

One of the Afghans who died after attempting to hang onto the plane was reportedly a 17-year-old boy, whose 16-year-old brother is also missing and feared dead.

According to the New York Post, the brothers secretly left home for the airport on Monday while the Taliban rapidly overtook the capital city, “after hearing a rumor that 20,000 people would be relocated to Canada or the U.S.”

President Biden has drawn considerable backlash for his handling of the situation.

Initial reports suggested the president would address the nation “in the next few days” while the Afghan government fell to radical Islamic terrorists. Facing growing pressure, Biden returned from vacation to the White House on Monday, when he gave a widely-panned speech in which he blamed former President Trump, the Afghan army, and others for the chaotic collapse of the Afghan government.

The president accepted no personal responsibility, despite alleging that “the buck stops” with him.

In a later interview with George Stephanopolous, Biden repeatedly denied blame and insisted that the hasty withdrawal, which left U.S. intelligence, weapons, and equipment in the hands of the Taliban, could not have been handled better.

The Daily Wire reported Biden was “roundly criticized” for the “disastrous interview,” in which the president “often appeared confused and sometimes defiant.”

EXCLUSIVE: Pressed on whether the U.S.’s exit from Afghanistan could have been handled better, Pres. Biden tells @GStephanopoulos, “The idea that somehow, there’s a way to have gotten out without chaos ensuing—I don’t know how that happens.” https://t.co/mH1AyWI5lb pic.twitter.com/osAwdDQy2L

During the interview, Stephanopolous asked the president whether the situation might have been handled better, remarking, “We’ve all seen the pictures. We’ve seen those hundreds of people packed in a C-17. We’ve seen Afghans falling.”

Biden interrupted, exclaiming, “That was four days ago, five days ago!”

However at the time of the interview, the shocking footage had been recorded only two days earlier.

It is unclear what point the president was trying to make by remarking on the number of days that had passed since the tragic scenes took place.

Later in the interview, Biden argued that “the idea that somehow, there’s a way to have gotten out without chaos ensuing — I don’t know how that happens.”

Biden’s comments in the interview led many to accuse the president of a callous indifference to the unfolding humanitarian crisis, and even mainstream media outlets have called out the president for making a slew of statements deemed inaccurate or blatantly false.

“President @JoeBiden now says he doesn’t know how the U.S. could have withdrawn from Afghanistan ‘without chaos ensuing,’” wrote CNN’s Wolf Blitzer. “But on July 8th, he said ‘the likelihood there’s going to be the Taliban overrunning everything and owning the whole country is highly unlikely.’”

President @JoeBiden now says he doesn’t know how the U.S. could have withdrawn from Afghanistan “without chaos ensuing.” But on July 8th, he said “the likelihood there’s going to be the Taliban overrunning everything and owning the whole country is highly unlikely.”

“This is a presidency-defining clip,” wrote MSNBC and NBC contributor Noah Rothman. “And it’s really bad.”

I am not kidding. I audibly gasped.

The Daily Wire suggested that while it appears the U.S. government is charging Americans steep fees to return home, “[e]mergency financial assistance in the form of a loan may be available to U.S. citizens who are unable to pay for their onward travel to the United States.”