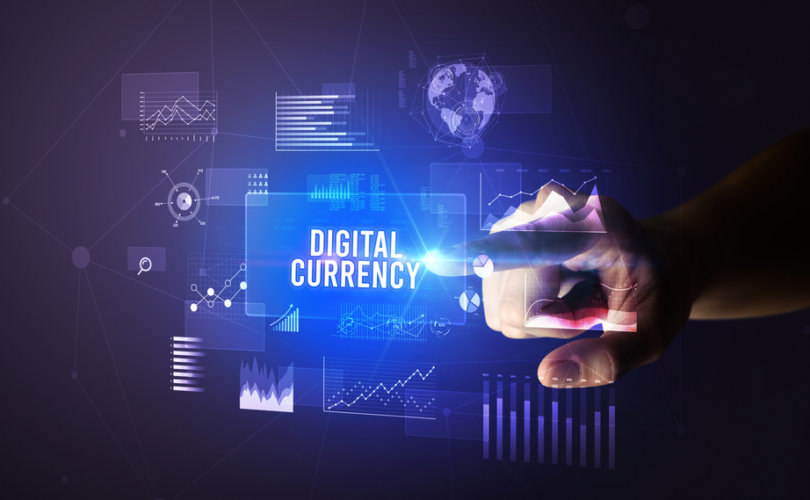 (LifeSiteNews) — The Biden administration released on Friday a report announcing an “interagency working group” for the development of a central bank digital currency (CBDC) that could facilitate unprecedented government control over individual finances.

The announcement, which marks a significant step toward a U.S. CBDC recently slammed by investment guru Robert Kiyosaki as “communism in its purest form,” was issued in response to President Joe Biden’s Executive Order 14067.

The March 9 executive order declared that his administration “places the highest urgency on research and development efforts into the potential design and deployment options of a United States CBDC,” and called for an analysis of its “potential implications.”

The order went so far as to praise a U.S. CBDC’s potential for interoperability with other countries’ CBDCs, which would open the door to a cohesive international digital financial system.

The new September 16 report hails the potential “significant benefits” of a U.S. CBDC, and signals the creation of an interagency group to study the effects of a CBDC and share its findings.

“To support the Federal Reserve’s efforts and to advance other work on a potential U.S. CBDC, the Treasury will lead an interagency working group to consider the potential implications of a U.S. CBDC, leverage cross-government technical expertise, and share information with partners,” the White House report shared.

The release further shared that meetings would be held regularly to “discuss the working group’s progress and share updates on CDBC and other payments innovations,” which would be attended by the “leadership of the Federal Reserve, the National Economic Council, the National Security Council, the Office of Science and Technology Policy, and the Treasury Department.”

Kiyosaki, author of “Rich Dad, Poor Dad,” called the May 9 executive order “the most treasonous act in U.S. history,” and is joined by Jim Rickards, an economist, investor, and former Central Intelligence Agency (CIA) official who has dubbed CBDC “Bitcoin’s Evil Cousin” because of the level of tyranny it would enable.

According to Rickards, a U.S. CBDC would replace the U.S. dollar as a “digital dollar,” which he calls “Biden Bucks,” because he wants Biden “to take full credit for what I consider to be crimes.”

“When Biden Bucks are rolled out, many experts – myself included – believe they will begin an era of total government control and surveillance,” Rickards stated. “This is not hyperbole. This would dramatically expand the power and influence of the federal government … essentially acting as a new type of ‘spyware.’”

“With Biden Bucks,” he continued, “the government will be able to force you to comply with its agenda. Because if you don’t, they could turn off your money. This won’t be like freezing a bank account, it will be so much easier.”

​​“America would become a surveillance state like China or North Korea,” he added.

While White House announcements do not indicate when such a CBDC would be developed and implemented, financial adviser Joe Brown is warning that the infrastructure for a U.S. CBDC is already being quietly developed.

On August 29, the Federal Reserve announced that its digital instant payments service FedNow would begin “full-scale pilot testing” in mid-2023. FedNow would allow “24/7 settlement … that happens instantly from bank to bank.”

“This infrastructure bypasses a lot of the need for the current banking infrastructure, which is the purpose of a central bank digital currency,” Brown recently explained on his video blog. “Eventually, every single economic participant has an account directly with the Federal Reserve, the central bank, and then you don’t need any of the decentralized nodes of the financial system, the previously existing banks.”

“This transforms the purpose of the entire banking system really into infrastructure for the CBDC,” continued Brown, noting that it would “centralize everything under one roof.”

“And once that system is built, once all the kinks are worked out of the system … then they will have the foundation in place to build the Gen 2, the Version 2 CBDC on top of it. The only thing that would be left to do would be to have everybody open an account directly with the Fed.”

Brown believes the foundational CBDC technology is being rolled out “slowly” and independently of a full CBDC so that it doesn’t “look like a power grab.”

“Otherwise everyone would reject it. Everyone in their right minds would look at this thing and say, ‘Absolutely not,’” noted Brown, adding that the gradual implementation is also needed to test its component parts in “baby steps” and make sure the CBDC doesn’t fail “flat on [its] face.”

“But make no mistake, a central bank digital currency is coming and it looks like this new FedNow service is just the launch of the infrastructure for launching the full version of the CBDC later on,” Brown warned.