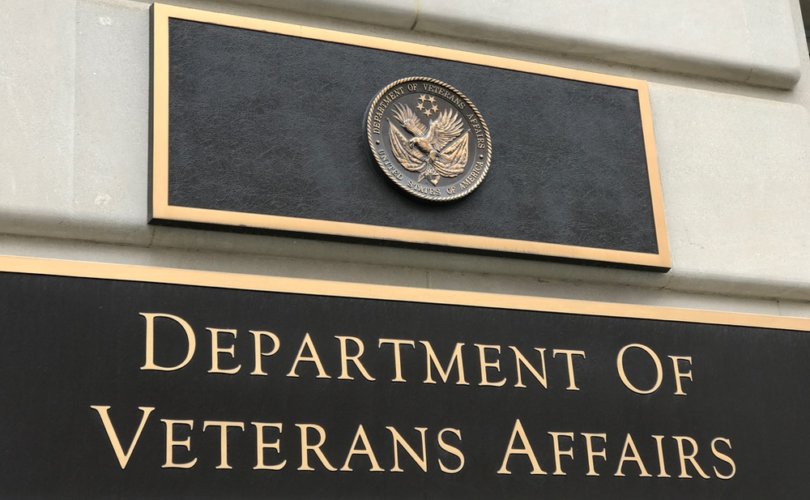 WASHINGTON, D.C. (LifeSiteNews) – In what is arguably its most significant pro-abortion action to date, the Biden administration announced Friday that it will expand abortion on demand and pro-abortion counseling through the Department of Veterans Affairs (VA), making abortion available for hundreds of thousands of veterans and their beneficiaries, effective immediately, in violation of federal and state laws.

The new rule includes a broad, undefined “health” exception that imposes abortion on demand at the VA even in states where abortion is illegal.

“Every week Pro-Life states are facing new attempts from Joe Biden to contradict the recent historic ruling of the Supreme Court,” said Texas Right to Life President Dr. John Seago. “The highest court in our country definitively asserted that each state should determine whether abortions are performed within their borders. In violation of Texas’ Pro-Life laws, the Biden administration is attempting to turn every VA into an abortion clinic.

“Veterans sacrifice so much to protect our God-given rights, the foremost of which is the Right to Life,” Seago continued, adding that “pregnant women deserve support, especially in the heartbreaking instances of sexual assault. Abortion is not health care; it harms our veterans and ends their children’s lives.”

Texas Right to Life noted that as recently as August, the VA even agreed that federal law does not permit them to commit abortions. “Under current regulation, VA doesn’t provide abortion or abortion counseling,” its website stated from March 2021 through August 2022. However, even though the federal law has not changed, the Biden administration recently scrubbed this statement from their website.

“Shame on Secretary McDonough for caving to Biden and the radical abortion lobby’s demands to violate state and federal law regarding abortion. Abortion is not health care – in fact it carries serious physical and mental health risks – and expanding abortion on demand into the VA is illegal, period,” said SBA Pro-Life America President Marjorie Dannenfelser.

“This is the latest egregious example of the pro-abortion extremism that has taken over the Democratic Party. Biden himself used to agree taxpayers should never be forced to fund the destruction of innocent life. Now he is head of the most pro-abortion administration in history. There is no law they won’t rewrite or institution they won’t destroy in their drive to impose abortion without limits – even late-term abortions well after unborn children can feel pain – up to the moment of birth, paid for by taxpayers, nationwide.”

“Democrats’ pro-abortion extremism is wildly out of step with the majority of Americans,” added Dannenfelser. “We will expose them and hold them accountable at the ballot box.”

Our VA Hospitals, which should be committed to healing and helping veterans, will now be in the business of killing their children.

What greater war crime than the intentional slaying of an innocent child?

A dark day for our military, our healthcare system, and our nation.