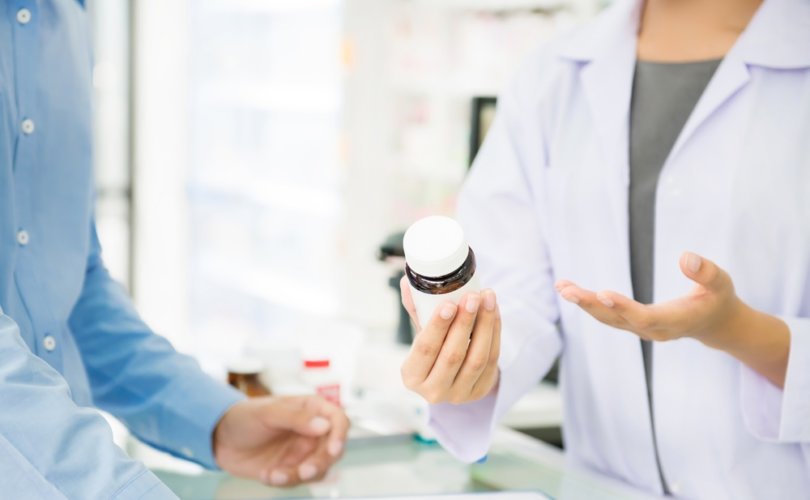 The Department of Health and Human Services (HHS) guidelines, addressed to roughly 60,000 retail pharmacies across the country, direct pharmacists to fill prescriptions for all legally prescribed drugs, even if those medications could be used to cause an abortion.

“We are committed to ensuring that everyone can access health care, free of discrimination,” HHS Secretary Xavier Becerra said in a statement on the agency’s website.

“This includes access to prescription medications for reproductive health and other types of care,” Becerra said.

The Hill noted that the new federal guidelines have been released “amid reports of pharmacists turning away women seeking abortion medication, or even medication used primarily to treat other ailments but that can cause abortions.”

The guidance makes clear that pharmacists who receive federal funding are bound under civil rights laws to supply potentially abortion-inducing medications, even in states that have outlawed chemical abortions.

Prescriptions pharmacists are required to fill could include mifepristone, which if combined with misoprostol can help effectuate a first-trimester abortion, The Hill pointed out.

The mifepristone and misoprostol combination is on the World Health Organization’s (WHO) list of essential drugs and is considered the “gold standard” for first-trimester abortions.

Officials also reportedly said that pharmacists must fill prescriptions for methotrexate, which the outlet referred to as “a common drug used to treat rheumatoid arthritis or other autoimmune conditions” which also has an off-label use of ending ectopic pregnancies.

Pharmacists who refuse to dispense drugs like methotrexate and mifepristone, the officials said, could be guilty of violating the patient’s civil rights.

On Monday, the HHS directed hospitals to perform abortions if a pregnant woman’s life is at risk, even in states that outlaw abortion. Most states with pro-life laws provide exceptions in cases of medical necessity, and many pro-life advocates argue that there is never a circumstance in which abortion is medically necessary.

Meanwhile, studies have suggested the abortion-inducing drugs — in addition to taking the life of an unborn child — could have serious side effects for the women who take them.

A recent peer-reviewed study by the Charlotte Lozier Institute concluded that “The rate of abortion-related emergency room visits following a chemical abortion increased over 500% from 2002 through 2015, according to an analysis of Medicaid claims data.”

The FDA states that there have been numerous complications from using mifepristone, including 24 recorded deaths and thousands of other adverse events reported to the FDA as of the end of 2018.

RELATED: FDA axes in-person requirement for abortion pills, allows them to be sent by mail.

Despite the risks, however, the FDA last year scrapped its in-person dispensing requirement, allowing American women to order the abortion drugs through the mail.