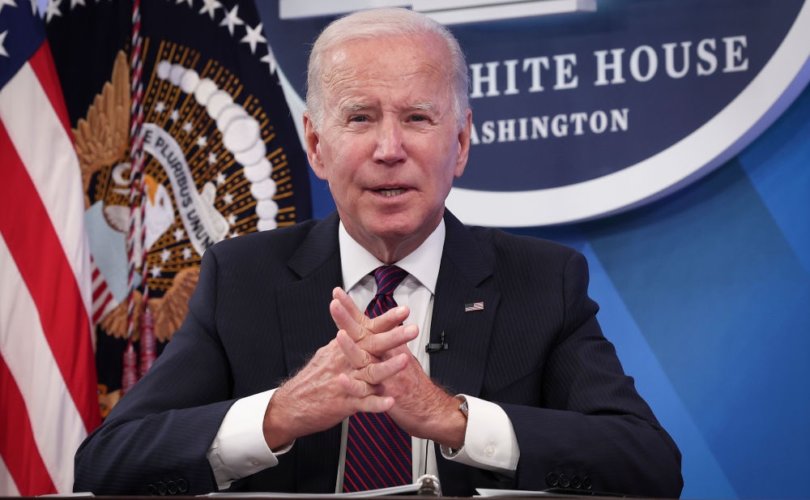 (WND News Center) — The Biden administration has awarded $5 million to a group of journalists developing software to encourage Americans to confront their friends over “harmful” posts and to “correct misinformation” such as stating the COVID-19 vaccines are not effective.

The group, called Hacks/Hackers, also is organizing censorship of the online encyclopedia Wikipedia, to determine who is a “credible source” on vaccines and block others from being cited, the Daily Wire reported.

Users of the taxpayer-funded software – the Analysis and Response Toolkit for Trust, or ARTT – are encouraged to paste in their friends’ Twitter and Facebook posts. The tool will tell them how “harmful” the posts are.

The funding came from the U.S. National Science Foundation.

ARTT, according to the federally funded group, is a “suite of expert-informed resources that are intended to provide guidance and encouragement to individuals and communities as they address contentious or difficult topics online.”

A video explaining AART says the software is facilitating “interventions by distributed local actors” in the effort to combat “misinformation” on social media.

“Discussions around vaccine efficacy are a prime example of the information challenge online,” the narrator says.

Significantly, the Department of Homeland Security said in a Feb. 7 National Terrorism Advisory System Bulletin that “key factors contributing to the current heightened threat environment include” the “proliferation of false or misleading narratives, which sow discord or undermine public trust in U.S. government institutions.”

Among the specific threats are “widespread online proliferation of false or misleading narratives regarding unsubstantiated widespread election fraud and COVID-19.”

“Malign foreign powers have and continue to amplify these false or misleading narratives in efforts to damage the United States,” said the agency.

DHS said it is responding to the “threats” by “working with public and private sector partners, as well as foreign counterparts, to identify and evaluate MDM, including false or misleading narratives and conspiracy theories spread on social media and other online platforms that endorse or could inspire violence.”

The DHS Office of Intelligence and Analysis has “established a new, dedicated domestic terrorism branch to produce the sound, timely intelligence needed to counter related threats.”

The department, according to the bulletin, “expanded its evaluation of online activity as part of its efforts to assess and prevent acts of violence, while ensuring the protection of privacy, civil rights, and civil liberties.”

Curtis Houck of the Media Research Center told the Daily Wire that journalists like those behind the project “want to remove dissenting views from the internet and leave the rest in a state of reprogramming.”

“For a profession that’s allegedly taught to oppose a herd mentality, they sure seem hell-bent on creating manufactured consensus,” he said.

He said the National Science Foundation is acting like “a weapon to be wielded against the American people.”