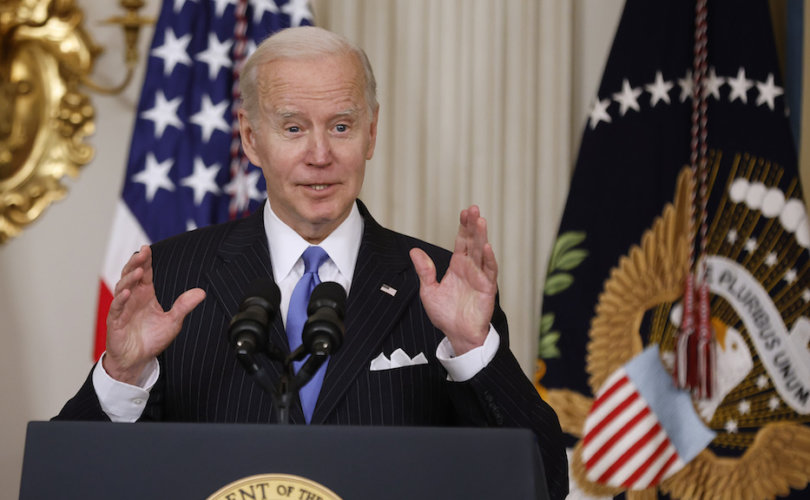 WASHINGTON, D.C. (LifeSiteNews) — In the wake of the U.S. Supreme Court’s historic Friday reversal of Roe v. Wade, which had established a “right to abortion” throughout all 50 states, the Biden administration appears to be allowing federal employees to take sick leave to travel for abortions.

In a list of frequently asked questions, the Biden administration’s Office of Personnel Management (OPM) explained that federal employees may use sick leave to “cover necessary travel time” if they “find it necessary to travel longer distances, including out of state, to obtain medical care.”

The OPM also stated that employees are not required to give a reason for taking sick leave if they are absent from work for less than three days, Bloomberg noted. Meanwhile, if employees need longer than three days, the doctor’s note they provide “need not contain details regarding the medical examination or treatment” they received.

Federal employees can use sick leave to travel for medical care, the Office of Personnel Management said, days after the Supreme Court overturned Roe v. Wade and allowed states to ban abortion https://t.co/YnS7qP0HJe

While OPM did not specifically mention abortion in its FAQs, federal employee publication FedSmith pointed out that the office’s list was released just days after a 5-4 majority on the U.S. Supreme Court handed down its decision in Dobbs v. Jackson Women’s Health Organization.

In Dobbs, the Court backed Mississippi’s right to regulate abortion by overturning both Roe v. Wade (1973) and Planned Parenthood v. Casey (1992), returning the right to make laws about abortion back to individual states.

The upshot of the monumental reversal of abortion precedent has been that many Republican-led states have already moved to limit or outlaw abortion. It’s estimated that at least half of U.S. states will strictly limit or ban the practice now that Roe v. Wade is not the law of the land.

Conversely, Democrat-led states including California, Oregon, Washington, and New York, along with leftist corporations like Apple, Yelp, and Google, have pulled in the opposite direction, explicitly encouraging and sometimes paying for women to travel to pro-abortion states to kill their unborn children, a phenomenon known as “abortion-tourism.”

In a press conference previewing the Biden administration’s response to the rollback of Roe v. Wade, Becerra outlined steps the federal government is examining to ensure that American women can still kill their unborn children, LifeSiteNews reported.

Such steps will reportedly include expanded access to abortion-inducing drugs and allowing abortionists to participate in Medicaid. Becerra also said he would direct the HHS to collaborate with the Department of Justice to try to prevent states from banning abortion pills.

Calling abortion drugs “critical” and arguing that expanding access to chemical abortion is a “national imperative,” the HHS secretary added that his department’s “Reproductive Healthcare Access Task Force” will report back on other measures that could be undertaken.